Ricciardo: I owe a lot to Renault

Ricciardo: I owe a lot to Renault 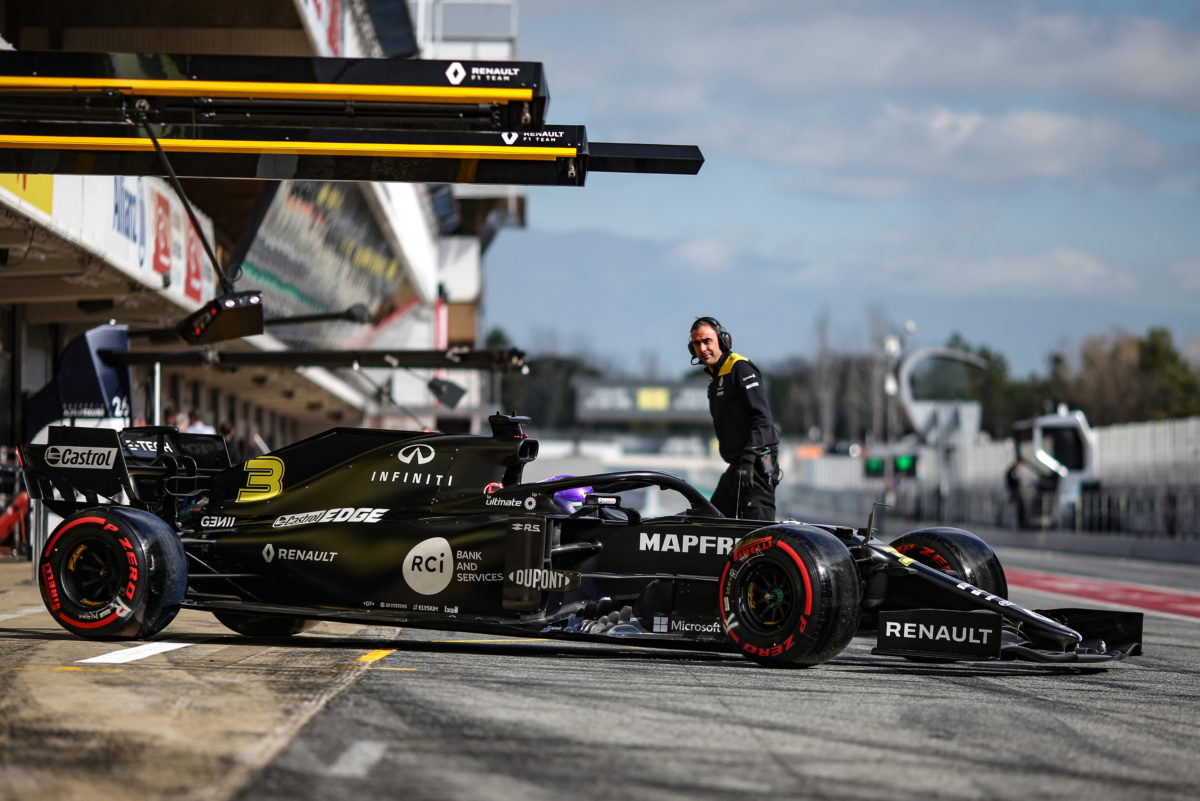 Set to join McLaren for the 2021 Formula 1 season, Daniel Ricciardo has admitted he feels like he owes ‘a lot’ to Renault.

The Australian was the second piece in the puzzle to drop into place after Ferrari confirmed Sebastian Vettel would vacate his seat at the end of the season.

In his place Carlos Sainz will switch from McLaren to Ferrari, opening the door for Ricciardo to leave Renault.

His departure will end a two year association which has netted a best result thus far of a fourth place finish.

Ricciardo qualified on the second row of the grid for last year’s Canadian Grand Prix, highlights of a season Speedcafe.com readers voted as inline with expectations heading in.

Though his future is now locked in with McLaren, Ricciardo still has the 2020 campaign to see out before joining his new squad.

“I’m hanging out obviously to race, to compete but (also) to finish this journey and this chapter off with Renault in the best way possible,” Ricciardo said in an Instragram Live interview with Formula 1.

“I still feel like I owe a lot to them on- and off-track so I’m glad that we can compete soon and try and do what I can. I’m pretty excited to say the least to get some sports going again.”

Set to turn 31 just days before the 2020 Formula one season kicks off in Austria, Ricciardo admitted that the enforced break afforded him an opportunity to think, and has potentially helped extend his career.

“Sometimes, you don’t really get a chance to stop, and it was, in a way, nice to be forced to stop just for our bodies actually, not being in pressurised cabins (on aeroplanes) all the time and all that sort of stuff.

“It’s probably, from a performance point of view, maybe given me a couple more years onto my career. So I see positives in it.”

The break also allowed him time to consider his options and come to the decision that leaving Renault at season’s end is the right move.

“(It wasn’t) easy,” Ricciardo admitted of the decision.

“But at the same time, not an overnight decision.

“I guess I would just say this whole year’s been weird, and continues to be weird.

“Having a lot of time to think about things like the future was good, but then it was also sometimes not easy because you’ve got all this time but not much action, I guess.

“That was certainly difficult.

“The whole year has been crazy for things – even beyond coronavirus now – that making these decisions with only testing to go by this year, that wasn’t easy.

“For sure ideally you’d race, you’d get going and you kind of make your mind up, but we’re not in those times now with that luxury.”

Ricciardo will partner Lando Norris when he joins McLaren for 2021, after a season spent alongside Esteban Ocon at Renault this year.

The 2020 Formula 1 season starts at the Red Bull Ring on Austria 3-5 with a full calendar yet to be announced.