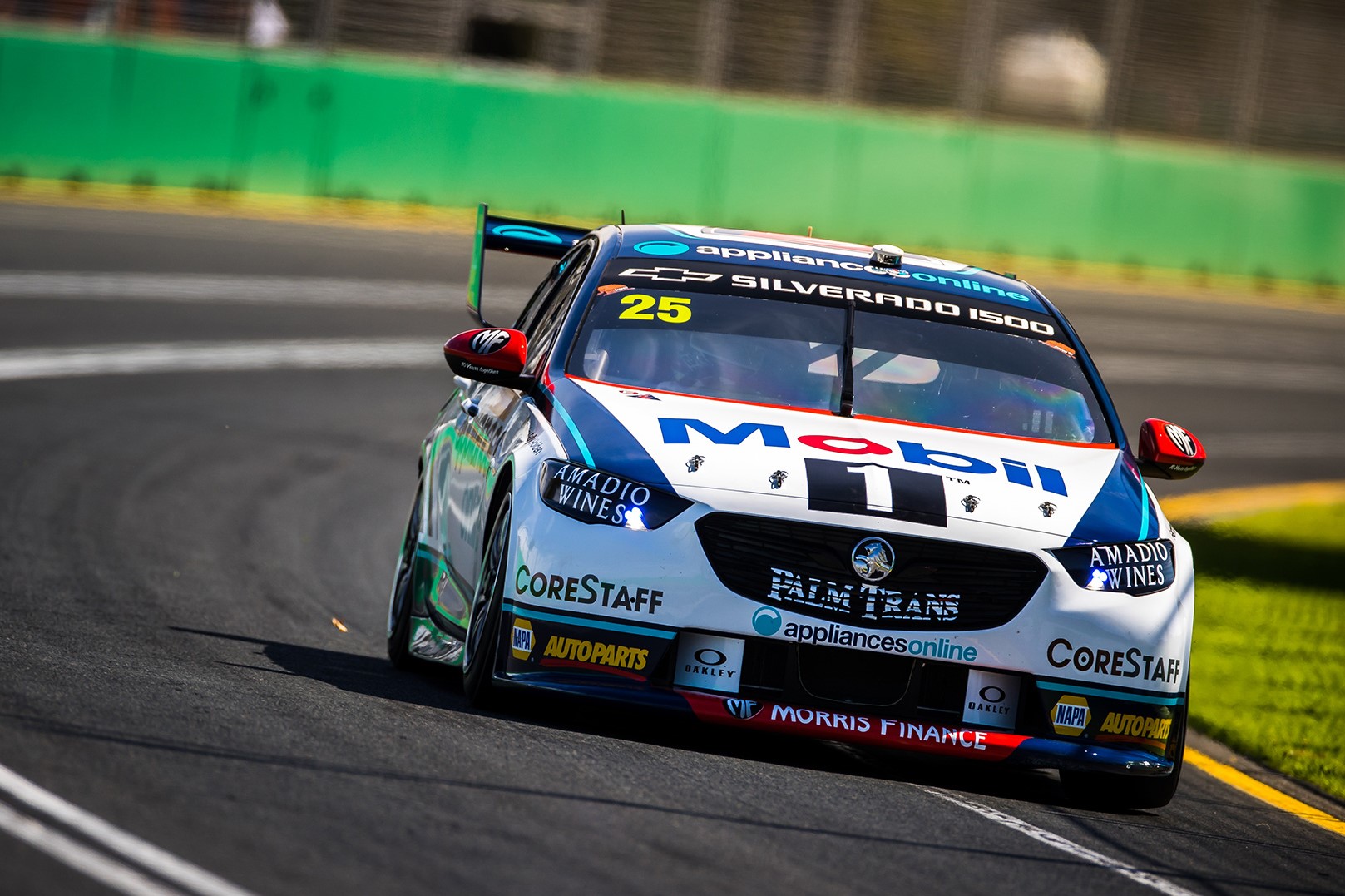 Chaz Mostert believes the removal of data logging access will force Supercars drivers and engineers to take an “old school” approach to racing.

The Walkinshaw Andretti United driver will be part of a 24-car field when the Virgin Australia Supercars Championship returns at Sydney Motorsport Park on June 27-28.

Mostert currently lies third in the standings after a strong debut with the Holden team at the season-opening Adelaide 500 where he finished seventh and second across the two races.

Several rule changes have been made ahead of the Sydney SuperSprint, including the removal of gyro sensors measuring g-force and brake temperature sensors.

Live data acquisition will be limited and access to the data logger will only be allowed at the end of the race meeting.

Speaking with Speedcafe.com, Mostert said he’s expecting an alternative approach to find speed in himself and his Holden ZB Commodore.

“It’s good that it restricts the teams and goes back to a bit of old school racing trying to rely on the driver and engineer to talk and make the car better instead of relying on data,” said Mostert.

“I think it’ll improve the skills of drivers and engineers. You’ve just got to think a bit outside the box and go a bit old school doing changes and seeing what it does.”

While the changes may be a welcomed challenged for some, Mostert is worried it may have an adverse effect on rookie drivers looking to forge a career.

Mostert’s team-mate is 22-year-old rookie Bryce Fullwood, who is in his first full Supercars season having won the Dunlop Super2 Series last year.

“It’s going to be harder on rookies as well,” said Mostert.

“Rookie team-mates that are trying to learn off of the experienced guys, they’re not going to have the same efficient data to try and learn off and get better across the race weekend.

“That’s going to be awfully hard too. We could allow those guys to see a little bit to keep learning and going forward that would be a benefit.

“I feel a bit sorry for those guys because they’re going to have to work double-time and really ask a lot of questions to their peers and try to drive out of their skin a bit instead of learning through the data to get the most out of the car.”

With the resumption of the season only a matter of weeks away, Mostert is anticipating a “rusty” restart for much of the field.

While the championship hasn’t been truncated significantly in the number of rounds, almost every event except those at Mount Panorama have been reduced to two-day meetings.

Mostert said the first round will be tough given the three-month-long break since the cars last took to the track in Melbourne.

However, he’s not anticipating the tempo to slow down at all.

“There are going to be a few guys that are rustier than ever, including me, so we’ll have to get out there and get back to basics with the car with those two 30-minute practice sessions and see where we end up in quali,” he said.

“All the teams will need to get through the first weekend unscathed. It’s going to be tough.

“You’re putting a lot of pressure on a lot of drivers to come back from this break and make sure that we don’t make mistakes and don’t run into each other and push 100 percent.

“I really hope all the teams can get through the first couple of rounds unscathed and we can build some momentum back into this year.”

Mostert said he’s grateful for the fan’s support during the coronavirus-induced break and is looking forward to the season’s resumption.

“It’s so positive for us to go back racing and it’s been such a good job by the Supercars team to put back the calendar and get us back as soon as possible,” said Mostert.

“Fans support has been amazing through this tough time. It’s going to be amazing to get back on track.

“Even though we don’t have the fans there, we’ll be racing for our fans. Personally, I want to thank all the fans of Supercars and especially the fans of WAU through this tough time.”

The Virgin Australia Supercars Championship recommences with the Sydney SuperSprint on June 27-28.