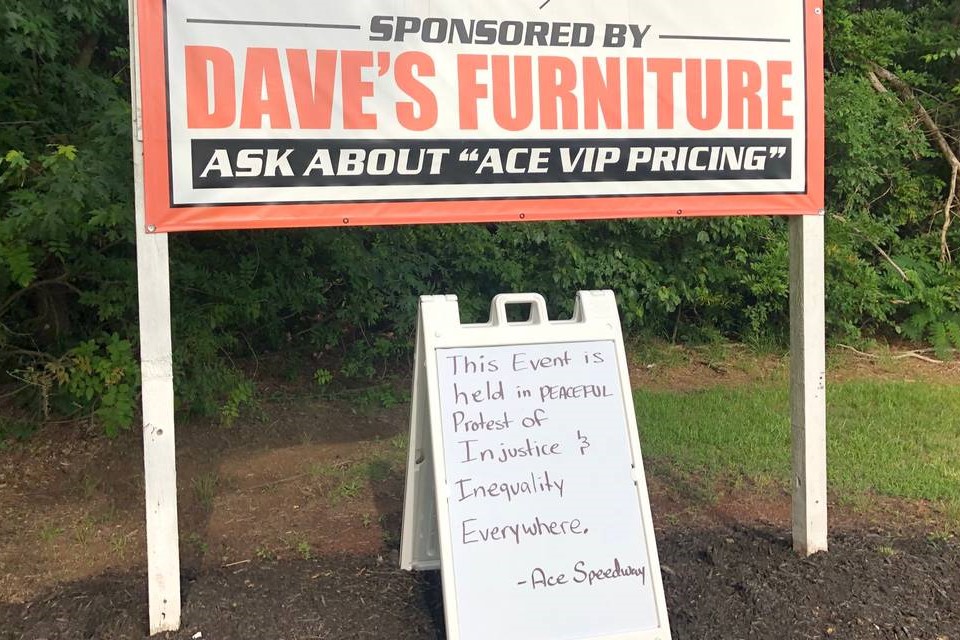 Ace Speedway in North Carolina hosted a race day crowd of more than 2000 spectators in defiance of the State’s coronavirus restrictions at the weekend, claiming it was hosting a ‘peaceful protest’.

Protests against racism and police brutality had been happening across the state and the USA since George Floyd died in Minneapolis late last month.

Tens of thousands of protestors attended similar Black Lives Matter protests across Australia at the weekend.

Ironically, some local Australian fans jokingly suggested on-line that a “peaceful protest” should be organised at the opening round of the Supercars at Eastern Creek Raceway on June 27-28, where spectators will be banned under local COVID-19 rules.

On Friday, local Sheriff Terry Johnson said his officers would be there to enforce the governor’s executive order that limits outdoor gatherings to 25 people.

However, he made it clear he did not agree with the order, according to the News & Observer newspaper, based in Raleigh, North Carolina.

It would appear that did not happen with several news outlets reporting more than 2000 people were in attendance.

A sign from management outside the speedway read “This Event is held in Peaceful Protest of Injustice and Inequality Everywhere.”

Ace Speedway is a 0.4-mile (0.64km) paved oval located in Altamahaw, North Carolina and in the past has hosted the NASCAR Whelen Southern Modified Tour and CARS X-1R Pro Cup Series.

The Alamance County Sheriff’s Office said it is “evaluating the events” from the weekend.