Supercars to use soft tyres at The Bend

Supercars to use soft tyres at The Bend 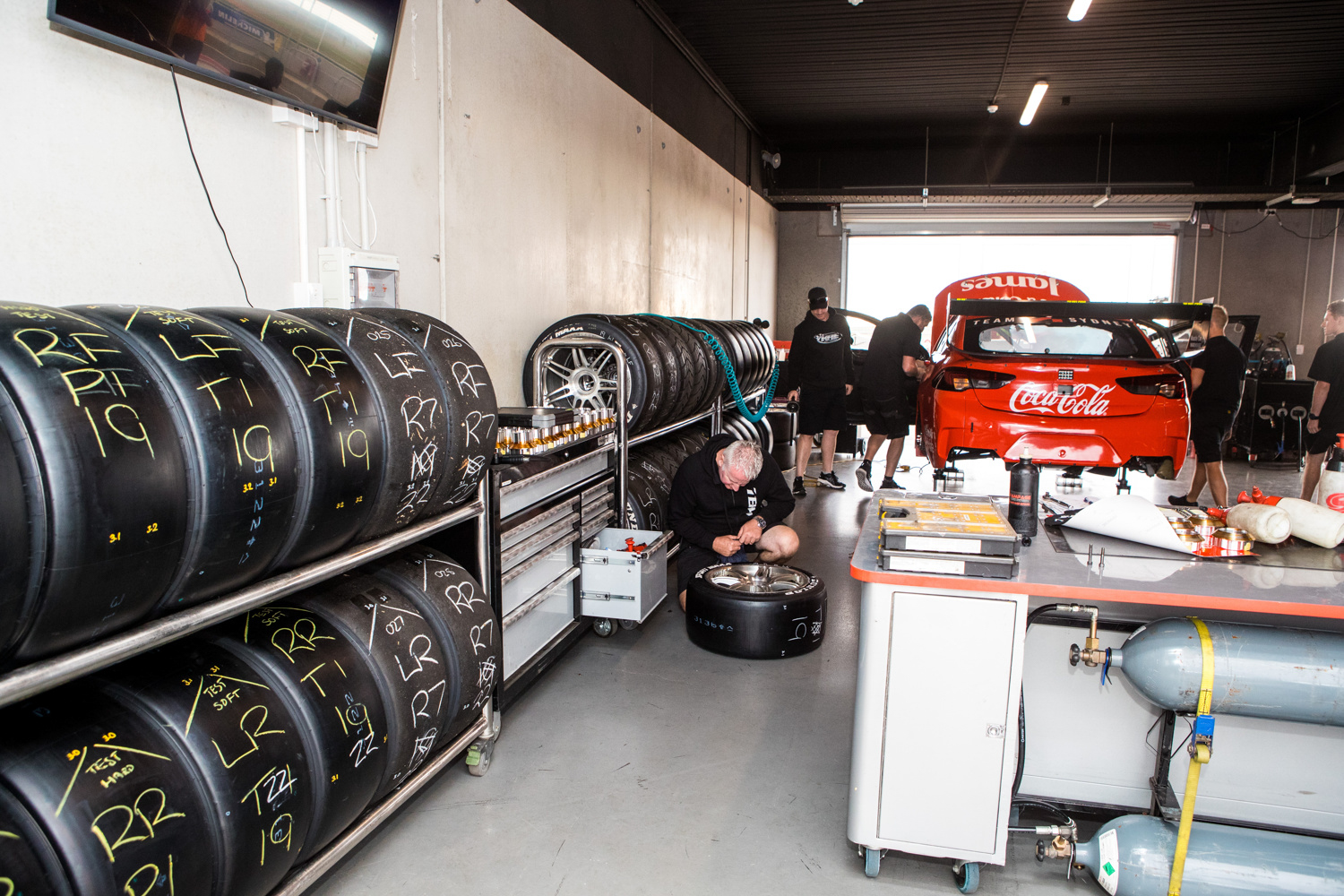 Supercars will use soft compound tyres at The Bend this year

Dunlop has confirmed soft compound tyres will be used in this year’s Virgin Australia Supercars Championship round at The Bend Motorsport Park.

The test primarily focussed on wear rates and whether the soft tyre could handle the high load triple right-handed Turn 8, Turn 9, and Turn 10 section.

Speaking with Speedcafe.com, Dunlop Operations Manager Kevin Fitzsimons confirmed soft tyres would be used for the first time at The Bend this season.

“Bathurst will be the only remaining hard compound tyre event this year, everything else will be soft, and for the first time we’ll run the soft tyre at The Bend,” said Fitzsimons.

“We tested it there in February and after the feedback from that in assistance with the technical department and with various team engineers, we decided we’d roll the dice on running the soft tyre there and see how it all pans out.

“That’s going to be exciting.”

The test earlier this year saw teams allocated an extra set of soft compound tyres that used and handed back to Dunlop for evaluation.

Fitzsimons noted some minor blistering of the loaded left rear tyre, but said that can be avoided once teams get their head around car set-up.

“It was very important that we got everyone to run (the soft tyre),” he said.

“Part of the test allocation for this year was increased by one set of tyres, specifically to use at The Bend to use and hand back to us and they didn’t get those back.

“Basically, it forces them to do a run on them. Some guys did a qualifying run and then a race run. We’ve got to the stage where we had enough data to know that we can make it work.

“It’s only that triple right-hander that puts the extra load on the left rear tyre.

“We did see some blistering there, which we did see in Perth last year as well, but guys also admitted they hadn’t bled tyres down as much between their qualifying run and were a bit more aggressive on their set-up.

“That’ll be up to the team to keep in mind. They’ve got to make the thing last until the end of the race.

“Drivers, engineers, you’ve got to look after them. It’s something they’ll have to keep at the back of their mind. It’ll be something different and something to look forward to, that’s for sure.”

Fitzsimons has also confirmed hard compound tyres will be used in next year’s sprint events at Bathurst and in New Zealand.

Event formats for the reduced two-day OTR The Bend on September 19-20 have not been confirmed as yet.

Supercars has not announced details of a revised Pirtek Enduro Cup following the cancellation of this year’s Gold Coast 600.