Stoner ‘would like to be involved’ in MotoGP again

Stoner ‘would like to be involved’ in MotoGP again 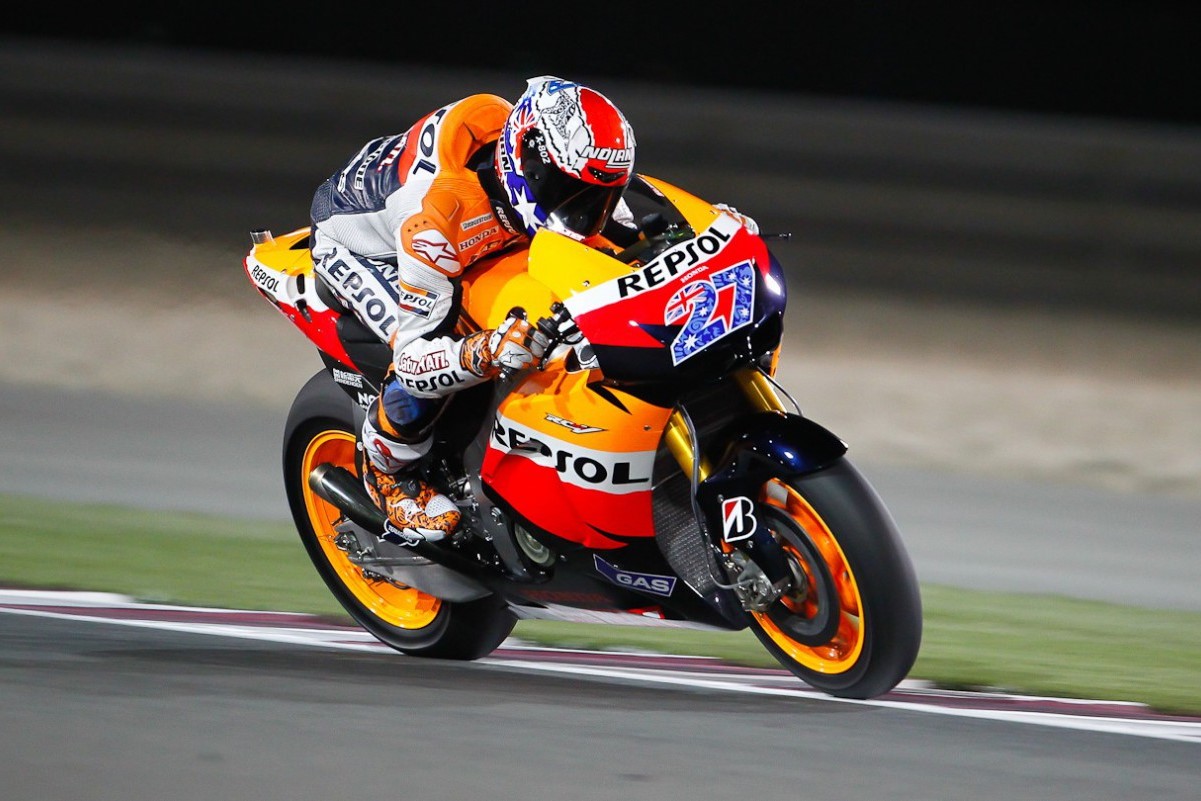 Casey Stoner has revealed that he would like to make some sort of return to the MotoGP realm.

The two-time world champion has not had a formal role in MotoGP since his latest stint with Ducati, as a test rider, finished in 2018.

What his new involvement might entail, Stoner has not ventured into specifics about, but he considers his experience and his perspective useful to a team/manufacturer.

“I sort of stepped back from that (Ducati) role, but I still think I have a lot to give to the sport,” the 34-year-old said in an interview for the Australian Motorcycle Grand Prix’s website.

“I still think there are certain aspects that I think outside of the box (about) maybe and have a different view of things that can help in some ways.

“I’m certainly not going to go in and fix, make solutions, et cetera, but I know what needs to be done to win races and think that I really have something to give back in the future.

“At the same time, I might have to wait until this chronic fatigue passes so I can actually give a little bit more than I currently can.

“I’m currently trying to put all my efforts into this and my family, and then we’ll see what the future holds.

“But to be honest, yeah, I would like to be involved a little bit more and let’s see what the future holds for MotoGP.”

Stoner revealed his chronic fatigue issue last year but that was not what brought his testing role with Ducati to an end.

The Bologna marque’s Sporting Director, Paolo Ciabatti, had claimed that a shoulder issue was a concern, although the rider argued that his feedback was being ignored.

Stoner, who remained with Honda for testing in the first three years after retiring from racing, seemed to reiterate his stance while adding that continuing to live in Australia also caused difficulties.

“We had a certain role there with Ducati. I tried with Honda at the beginning but kind of got squeezed out a little bit by the young gun coming through; didn’t want me around,” quipped the 38-time premier class race winner.

“So, we tried this with Ducati as well, but couldn’t come to an agreement on terms, things like this, so we had to step aside from that role. I didn’t really feel like I could give to the team what I wanted to.

“I knew what the riders wanted, we worked really, really well together, but unfortunately riders don’t always get the say.

“With some manufacturers, they see data and they see what they believe is the correct direction and it doesn’t always sit well with the riders.

“So, it was just a constant slog, a constant fight trying to get the right things changed on the bike to move forward.

“And it was hard work. Being in Australia and not able to be over there as well, having more meetings and discussions and pushing them harder was a little bit difficult.”

MotoGP’s first race of 2020 could take place at Jerez on July 19, pending approval from the Spanish government.