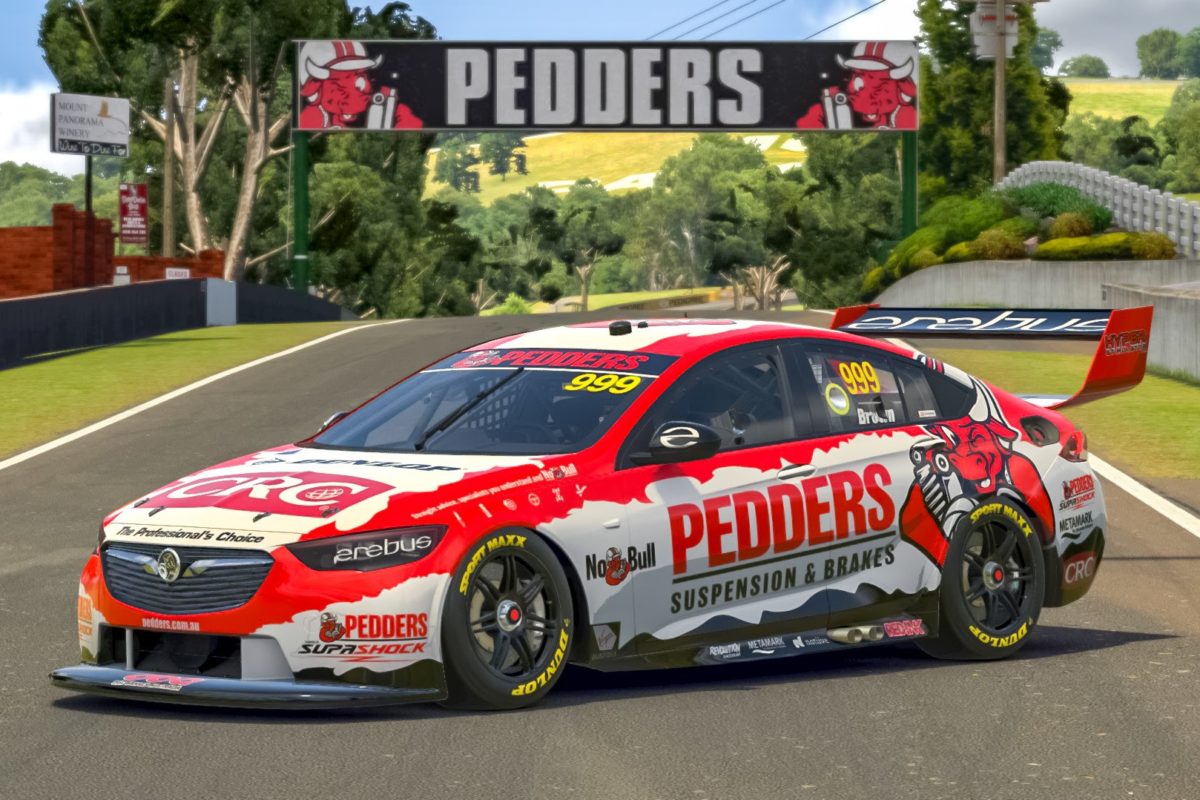 Will Brown will race as a wildcard in this week’s BP Supercars All Stars Eseries finale at Oran Park and Mount Panorama.

Brown stood in for David Reynolds in the #9 Penrite Racing entry in Round 2 but will drive a third Erebus Motorsport entry this time around.

“Obviously I’m stoked to be having a crack at the mountain, but I’m just as excited to go to Oran Park,” said the 22-year-old.

“I wasn’t racing when Oran Park was around, but I know how iconic it is and everyone always talks about how epic the track was to race, so for me to get the opportunity to do that virtually is really cool.

“I did race virtually at Bathurst in the TCR series last week, so I’ve had a lot of practice now. I have spent time every day to get in as much practice as I can with the team at Erebus.”

As he does with Image Racing in the Dunlop Super2 Series, Brown will race Car #999, but with primary backing from Pedders.

His inclusion means that both of Erebus’ Pirtek Enduro Cup co-drivers will be in action as wildcards, with Eggleston Motorsport’s Brodie Kostecki already announced as a starter.

Anton De Pasquale is Erebus’s leading protagonist in the Eseries in fourth in the standings, nine points behind Tickford Racing’s Cameron Waters.

Proceedings kick off on Wednesday night at 18:00 AEST.