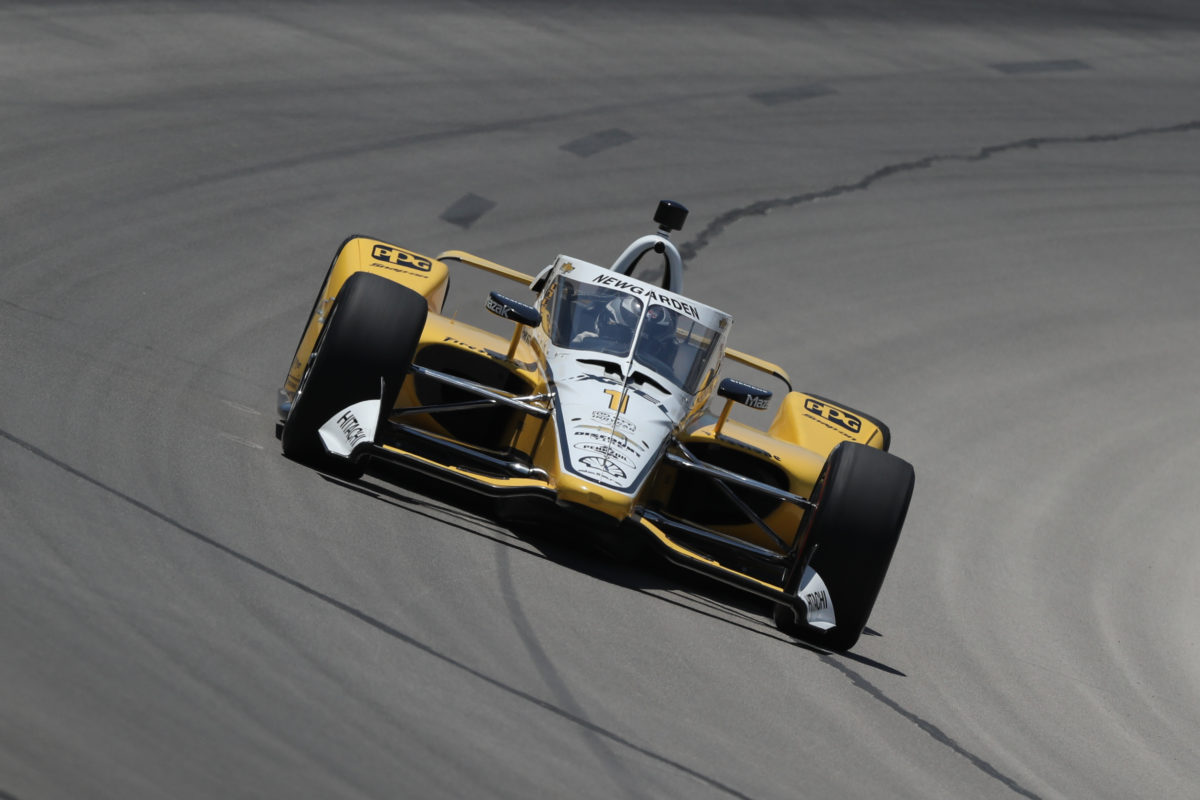 The Team Penske driver and Chip Ganassi Racing driver will share the front row for the 200-lapper later in the evening (local time) while Will Power qualified sixth.

Dixon had set the pace in practice and left a serious challenge for the two drivers still to come in qualifying when he clocked a two-lap average of 215.638mph (347.036km/h).

Ryan Hunter-Reay recovered from a crash in the only practice session of the single-day meeting to put his Andretti Autosport entry into fourth position, next to Pagenaud.

Sharing Row 3 will be another Andretti driver in Zach Veach, alongside Power in the #12 Team Penske Chevrolet.

Takuma Sato crashed when he lost the rear of his Rahal Letterman Lanigan Racing entry through Turn 1 on his warm up lap, leaving his crew with a task to turn around Car #30 in little more than two hours.