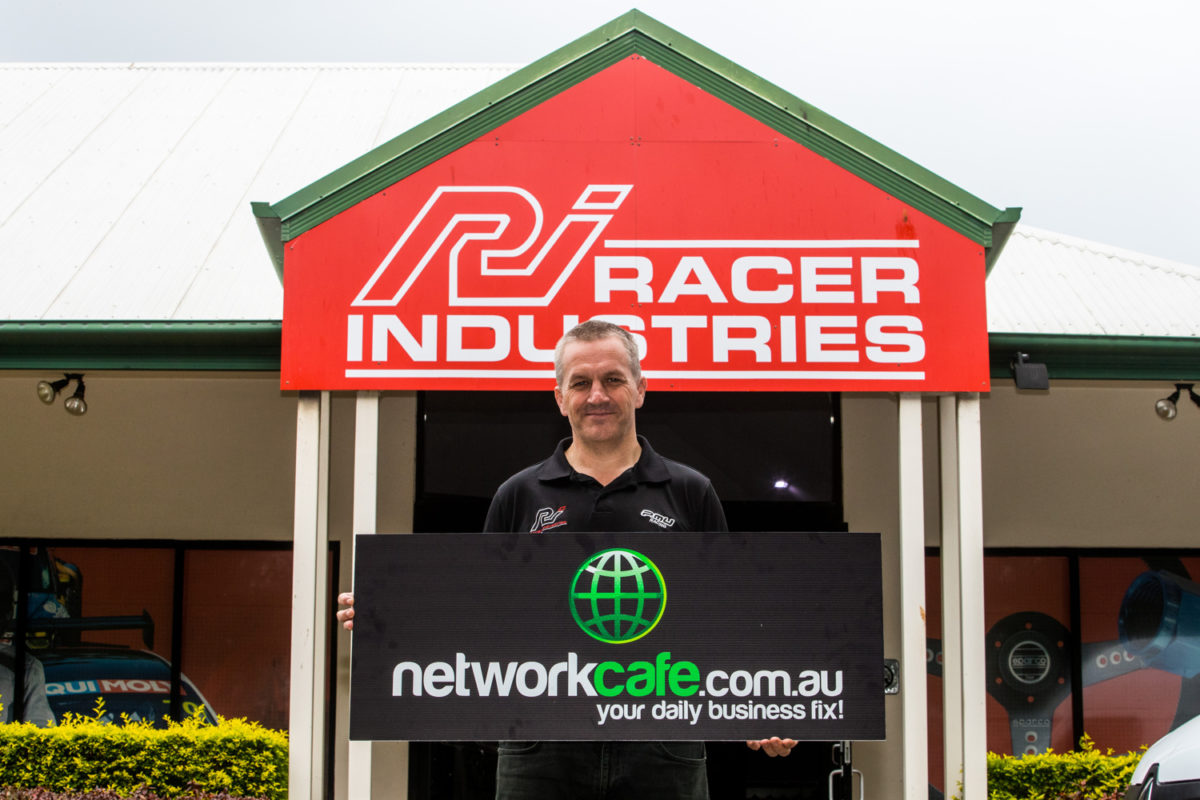 When you sell race gear and consumables for a living and motorsport suddenly comes to a complete stop, it doesn’t take long for sales to follow suit.

Racer Industries has become one of the country’s leading specialist motorsport suppliers since its establishment in 2005, but the coronavirus pandemic has crippled what should have been another successful year.

“There is no doubt that this COVID-19 period is the toughest our industry has ever faced and there are still plenty of hurdles to overcome,” said McLeod.

“I guess we really see the extent of it at Racer Industries because we are dealing with every level of the sport from grassroots club racers to Supercars and international GT teams.

“The industry knows it has to work together and the initiative of Networkcafe.com.au could not have some at a better time.

“In just a few weeks it really has attracted a terrific cross-section of the industry and given us a direct contact to those individuals businesses, many of which we may not have known about before.”

McLeod was always destined to become involved in racing with his father Peter McLeod co-driving with Peter Brock and David Parsons to win the Bathurst 1000 in 1987.

Peter achieved a lot as a touring car privateer and eventually drove with Ryan in the 1994, ‘95, and ‘96 Bathurst events.

In 2009, Peter teamed with Ryan and his other son Gerard in a Holden Astra Turbo at the Bathurst 12 Hour. The following year they returned to win Class D and finish 11th outright.

Ironically, the outright winners that year were Garry Holt, John Bowe and Paul ‘The Dude’ Morris, who owns the Norwell Motorplex on Queensland’s Gold Coast where Racer Industries is based.

Ryan went on to forge some terrific international production car results and also developed Marc Cars which was sold earlier this year.

Through those processes, McLeod has built up a solid reputation for providing reliable and competitive customer cars for national and international endurance events.

The cars were built from scratch at his business’s Norwell base and were delivered to Kyle Alford, Tony Quinn and Andrew and George Miedecke.

A debut test at Queensland Raceway proved faultless for the new production cars, despite several disruptions because of COVID-19.

The ability to understand every element of a new race car from the ground up and then oversee the build himself gives McLeod serious credibility when it comes to providing advice to the average amateur racer or a professional team.

His knowledge has helped the business grow during the last 15 years and survive the toughest downturn in the sport’s history.

“Because we were racers, we understood the difficulty of running a racing operation and trying to source everything you needed from different suppliers,” said McLeod.

“It was frustrating to deal with inexperienced suppliers when trying to find those rare parts and when you did manage to get them, they would charge exorbitant prices.

“Racer Industries was established to curb those problems.

“We work directly with manufacturers, have a huge range of stock on hand for store sales or overnight delivery.

“On top of that you have to have a team that knows what it is talking about so it can talk a customer’s language and also offer accurate advice.”

CLICK HERE to view the Racer Industries profile on Networkcafe.com.au.