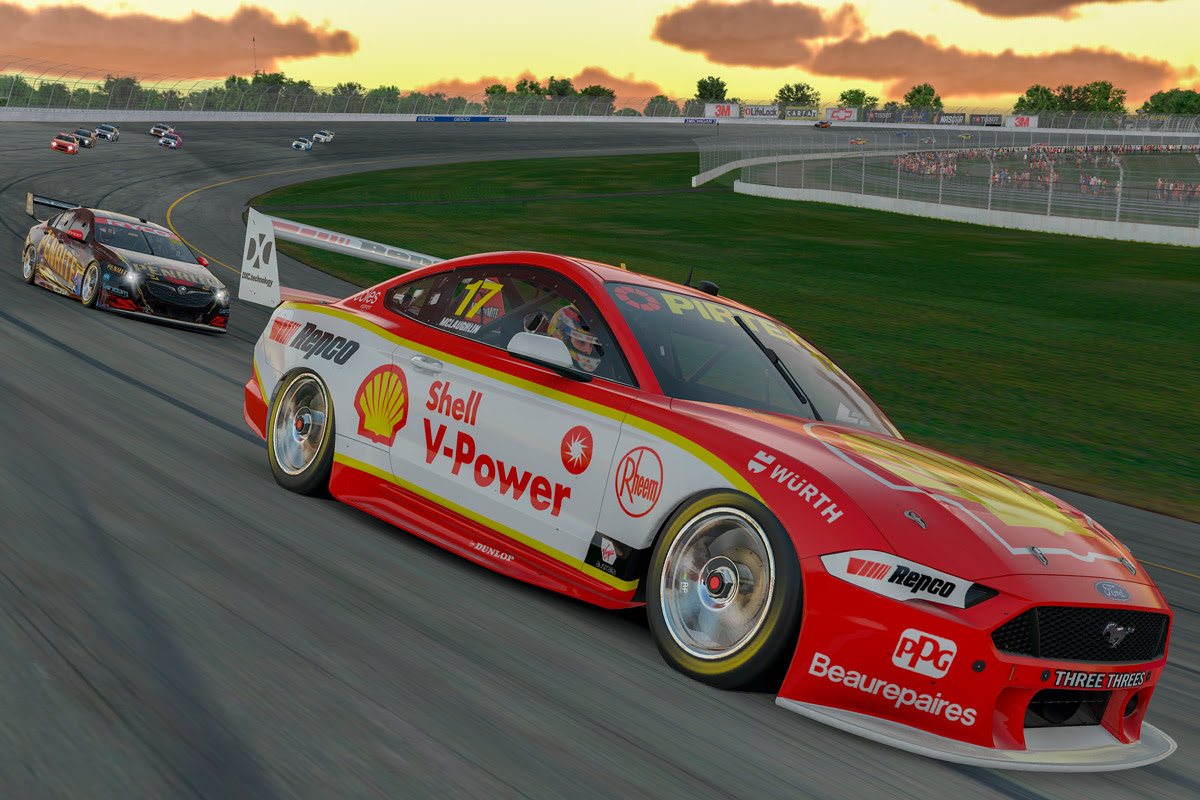 Scott McLaughlin in action in the BP Supercars All Stars Eseries

Scott McLaughlin says it will be a relief to race a real car again after so much time spent in sim competitions during the height of the COVID-19 pandemic.

The Shell V-Power Racing Team driver is an outside chance of claiming the BP Supercars All Stars E Series title when it wraps up next week and won two of the six races in the IndyCar iRacing Challenge.

Despite those performances, which have included a win on Indianapolis Motor Speedway’s oval for Team Penske, McLaughlin is eager to drive his real Ford Mustang when the Virgin Australia Supercars Championship resumes at Sydney Motorsport Park.

“I won’t lie, it’ll be a relief to steer well clear of my sim once next Wednesday is done,” he wrote in his latest Grove Racing Scott’s Corner column.

“I’ve basically lived in the thing since COVID-19 hit – my wife is a very patient woman to allow me to have done as much racing as I’ve been able to.

“Still, we’ve had some great results.

“To win at Indianapolis and take out the IndyCar iRacing crown was really cool.

“Look, I KNOW it’s only virtual racing – but to get a win at Indy, with all that it stands for, for my team and obviously for Roger Penske – was still unbelievable.

“I’m just pleased that pretty soon we can be back in my real race car – man, I’ve missed the #17 Mustang.

“It’s felt like an eternity since qualifying at Albert Park – so I can’t wait for the end of the month when we can go racing at Sydney Motorsport Park.”

McLaughlin nevertheless hailed the call to hold the Supercars All Stars Eseries, describing it as a commercial ‘godsend’ in the long break from actual racing.

“The All Stars Eseries has been a great thing for the sport, whoever wins the title,” he declared.

“To be able to still showcase our racing, and in turn show off our sponsors has been a godsend for everyone up and down our pitlane.”

Shane van Gisbergen leads the Supercars All Stars Eseries by 146 points ahead of the 10th and final round at Mount Panorama and Oran Park this Wednesday night.