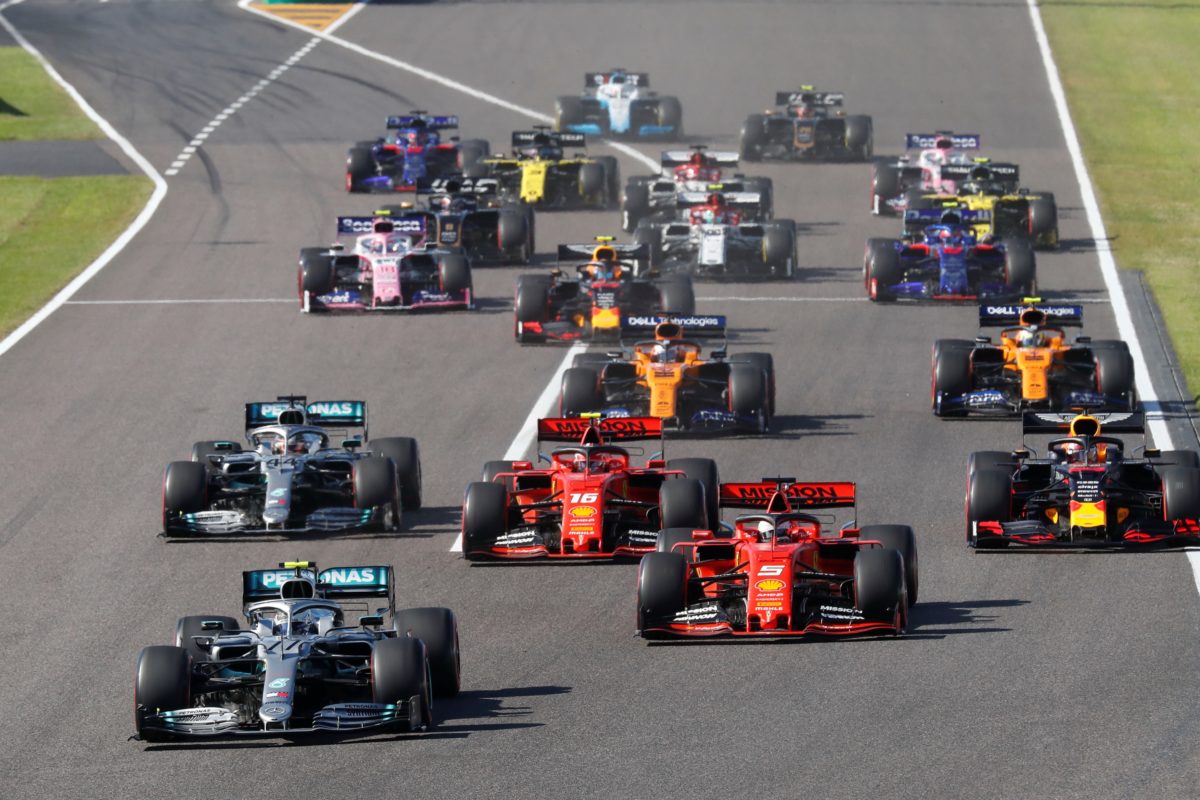 Mercedes’ Valtteri Bottas leads the field away in Japan in 2019

Toto Wolff has explained why Mercedes chose to block a proposal to introduce reverse grid qualifying races for this Formula 1 season.

The repetition of the Red Bull Ring and Silverstone during the first eight rounds on the revised F1 calendar led to a call for a change of format for the second events at those circuits.

The Mercedes-AMG Formula One Team was known to be in opposition to the idea, which Red Bull Racing Team Principal Christian Horner claimed was because the additional variable represented a threat to Lewis Hamilton’s title prospects.

Horner’s counterpart at Brackley, however, cited a distaste for gimmickry and the potential for teams to strategically fail to finish or otherwise sandbag in the first race at a repeated circuit as his reasoning.

“First of all, there seems to be a common pattern in Formula 1; digging out old ideas that have been analysed thoroughly and rejected and then somebody thinks it’s great and it’s back on the agenda,” said Wolff.

“You need to look at the reasons why we were against it and there are three fundamental reasons.

“I believe Formula 1 is a meritocracy; the best man in the best machine wins. We don’t need a gimmick to turn the field around and create more exciting racing.

“Number two, I know from touring car racing that strategies become a very useful tool when one race result is basically making up the grid for the next one.

“Just imagine one of the drivers not running well on the Sunday race of the first Spielberg weekend, you decide to DNF the car and that becomes the car that starts on pole for the qualifying race on the second weekend.

“And if that car starts on pole for the qualifying race, among midfielders, then he’ll certainly be on pole for Sunday and win the race.

“There will be cars in the middle that will defend and block as much as they can and, therefore, for the cars coming from behind, there will be more risk for a DNF and that could influence the championship.

“And then, from a pure performance standpoint, whoever has the faster car, not necessarily us, will be penalised towards the second- and third-quickest teams, because they will simply start in front.

“And, as we know, the margins are not very large, so, therefore, it’s a bit of an opportunistic move to give some teams an advantage.

“So, yes, it was us; we said this is not the time to experiment with things that, interestingly, didn’t even have the support of the Formula 1 fans’ community, because in a survey only 15 percent expressed an interest in reverse grids.”

F1 CEO Chase Carey had himself also expressed a reluctance to introduce gimmicks to the championship when asked about the subject of reverse grid qualifying races.

The Austrian Grand Prix will be held at the Red Bull Ring on July 3-5, while the event at the same circuit on the following weekend is known as the Styria Grand Prix in reference to the state.