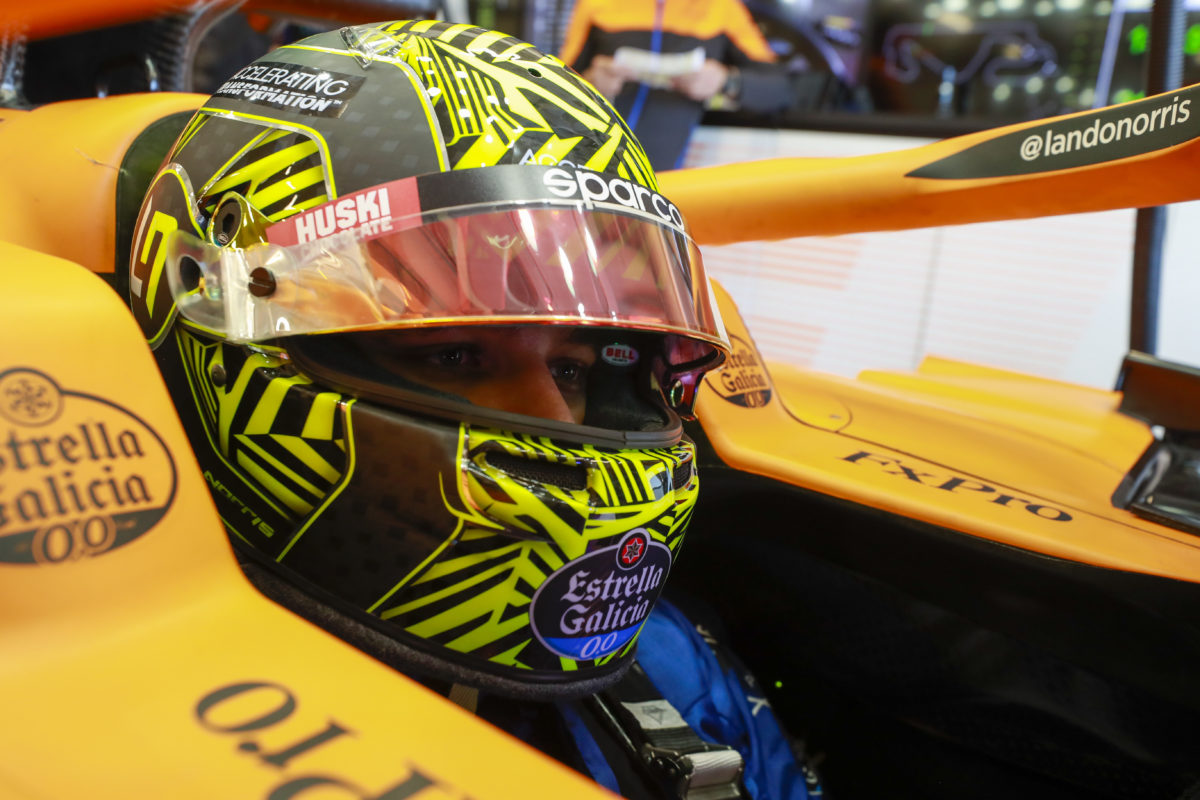 Lando Norris has spent time driving a Formula 3 car as he looks to prepare himself for Formula 1’s return next month.

The delays caused by the COVID-19 pandemic have meant it’s been three months since cars were last on track for winter testing.

With regulations preventing teams from testing, the first time many drivers will be back in their cars will be the Austrian Grand Prix in early July.

Norris has revealed he’s stepped up his preparations to include an outing in a Formula 3 car ahead of that event.

“I’ve got an F3 test coming up and I’m doing some karting next week, just something to get my body going again,” he said in an F1 Nation podcast set to be released later this week.

“It’s just getting the body back into that physical feeling of the G force and everything like that, to get that muscle memory back and working as it should do… but it’s also a bit of a shock to the system to get back into doing that as well.

“Driving anything that you can push and go flat-out (in) is going to be a good feeling.”

Norris has been a fixture of online racing during the enforced break, taking part in a number of competitions including the BP Supercars All Stars Series and IndyCar’s own online championship.

Earlier this week F1 revealed the first part of its revised 2020 calendar, with eight events set to run through Europe from July to September.

The first of those will take teams to the Red Bull Ring on Austria on July 3-5, remaining there for a second event a week later.

“For it all to start up again next month is going to be weird, after almost getting used to the last two or three months looking at computer screens all the time,” he said.

“It’s going to be a cool feeling to get back into a Formula 1 car and feel like being on the limit and pushing it to the max.”