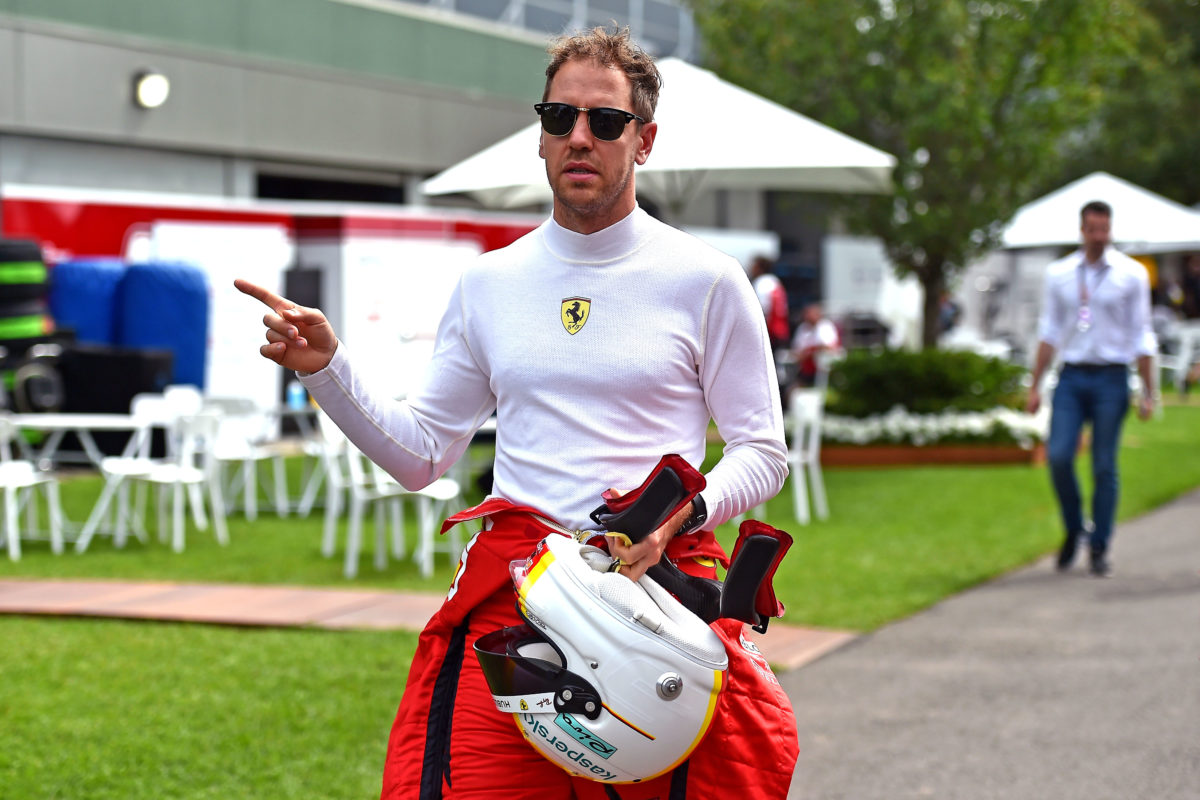 Mercedes boss Toto Wolff has said that he has not discounted the prospect of having Sebastian Vettel race for the team in 2021 with his interest more than just “lip service”.

Vettel is set to part ways with Ferrari at the end of the coming season with the four-time world champion yet to secure a new seat.

Wolff has previously stated that he can see benefits in having the 32-year-old German join his squad.

Many of the current crop of drivers are out of contract at the end of 2020, including both Lewis Hamilton and Valtteri Bottas.

Following confirmation of Vettel’s departure from Ferrari, Carlos Sainz was announced in his place.

The domino effect then spread to Daniel Ricciardo, who is set to replace Sainz at McLaren, in turn creating an opening at Renault.

“We were quite surprised with the early movements because you need to start the season with a driver that you know you’re going to lose,” Wolff said of the current driver market.

“It’s very tricky to develop a car without having that driver be part of it, and every single driver needs to be a team player as well, and that becomes second priority in my opinion for the relevant guy.

“For us we want to take our time.”

Though it has no drivers confirmed for 2020, Mercedes does have George Russell under contract.

The Englishman is set to embark on his second F1 season with Williams, and according to Wolff is also a consideration alongside its current pairing and the likes of Vettel.

“Our priority lies on the Mercedes drivers, Valtteri and Lewis, and then obviously George (Russell) and the Williams situation we’re looking at with interest. Beyond that you do not discount any driver.

“This is why I said I don’t want to discount Sebastian as a four-time world champion, because who knows what happens in the next months?

“If I had told you in January that we would not have any racing in the first half of the year nobody would have believed it.

“So in that respect we are just keeping our options open at this stage.”

Mercedes currently operates with a clearly defined hierarchy among its drivers, a result of a fractious relationship between Hamilton and 2016 world champion Nico Rosberg.

Wolff, however, insists that Vettel is a realistic option to join the team which has won the last six world championships.

“I think we owe it to a four-time world champion not to come out and say straight away ‘No’, you need to think about it,” Wolff said.

“On the other side we have a fantastic line-up, and I’m happy with both our pilots, and George.

“But you never know, one of them may decide that he doesn’t want to go racing any more, and suddenly you have a vacant spot.

“This is why I don’t want to come out in June and say, ‘No chance, Sebastian is not racing for us’.

“First of all I wouldn’t do to him as a driver, to be that blunt, and on the other side I’ve seen black swans appearing when nobody expected.

“Remember Nico Rosberg. In that respect we’re just keeping our options open, but of course concentrating our discussions with our current drivers.”

Wolff also revealed that discussions regarding a new contract with Hamilton were yet to commence, though the pair have been in regular contact throughout the current hiatus.

“We didn’t see each other lockdown, but we were in regular contact, but we didn’t work on any agreement,” he said.

“We have been together for a long time, and never in these years together we had to take the contract out and actually read what was written in there, because it comes so naturally.

“Therefore, once racing resumes, we’re going to spend some time together, dig the contract out of the cupboard, look at the timings and the numbers and the rights and hopefully have something pretty soon.”

Formula 1 is set to return with the Austrian Grand Prix on July 3-5.