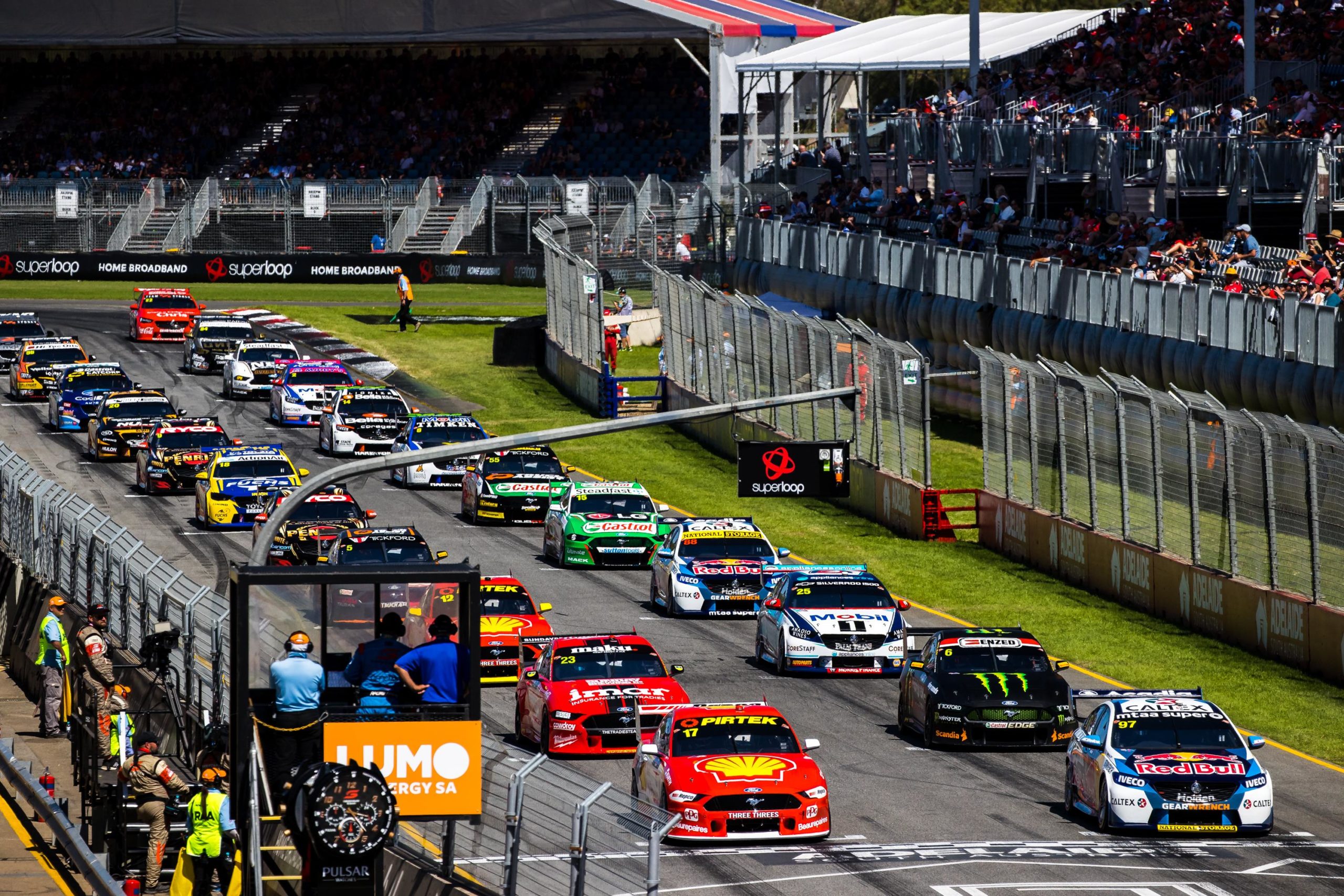 Supercars recently revealed a revised 13-round calendar in the wake of the coronavirus pandemic but has not yet revealed formats for its events.

Every round this season – except the Supercheap Auto Bathurst 1000 – is to run over two days amid cost-cutting measures.

Race format details for the forthcoming event at Sydney Motorsport Park have not yet been confirmed.

Amid a break in the season, Dane said Supercars should take the opportunity to rejig formats in an effort to make the sport more enticing for sponsors, promoters, and broadcasters.

The format proposed by Dane has been recently used in the iRacing-based BP Supercars All Stars Eseries.

“I think you need to tweak the format a bit,” said Dane on the latest Enforcer & The Dude episode.

“I would have loved to have seen (Supercars) say ‘Sunday afternoon is race day’ so that people are clear that they’re either going to rock up to the circuit Sunday arvo, they don’t have to worry about a whole weekend.

“Rock up, see three races that are 40 minutes, somewhere thereabouts, no fuel, no tyres, you’ve got what you’ve got. What you see on tele is the result.

“But to make sure it’s mixed up enough, you go; qualifying for race one, partial or fully reverse grid the grid for race two, and then combined the points from those two to set a grid for race three to finish the day on. Or a variation.

“Not too many tyres so that people have got to decide when you’re going to run them and when you’re not.”

The shorter three-race format typically seen through that era has been adopted by the British Touring Car Championship.

In 2003, Supercars moved to run race weekend with a single 300 km race, a direction Dane believes was misguided.

“Everyone thought we should go do what NASCAR did and go do a 300 km race on a Sunday. It wasn’t popular at all,” he said.

“The three races on Sunday, the good thing about it is that you’ve effectively got a downtime of about half an hour between each one. Somewhere around that.

“You can’t spend any money. Seriously, you can patch up the panel work. You can put a shocker into it if you have to.

“The driver has a quick download, has a leak, has a drink, and then get back in the car and go again. If you sell that well, I think that’s a great format.”

Dane believed the seven-time Supercars champion had the most to lose in such a format change, but Whincup supposedly backed the idea of a full reverse grid.

However, the Team Principal has little hope such a format could be introduced amid a “general unwillingness” from other teams to make change.

“I think there are too many other vested interests trying to keep the status quo,” said Dane.

“If we keep serving up something that is too predictable then people turn off. The best people should still win at the end of the day. But there’s got to be more unpredictability along the way.

“Every so often, you get someone who is normally in the second half of the field, bang, pops up and gets a podium.

“When people talk about not getting enough exposure, well, guys, don’t winge about it, do something about it. There’s an opportunity to change some things.”