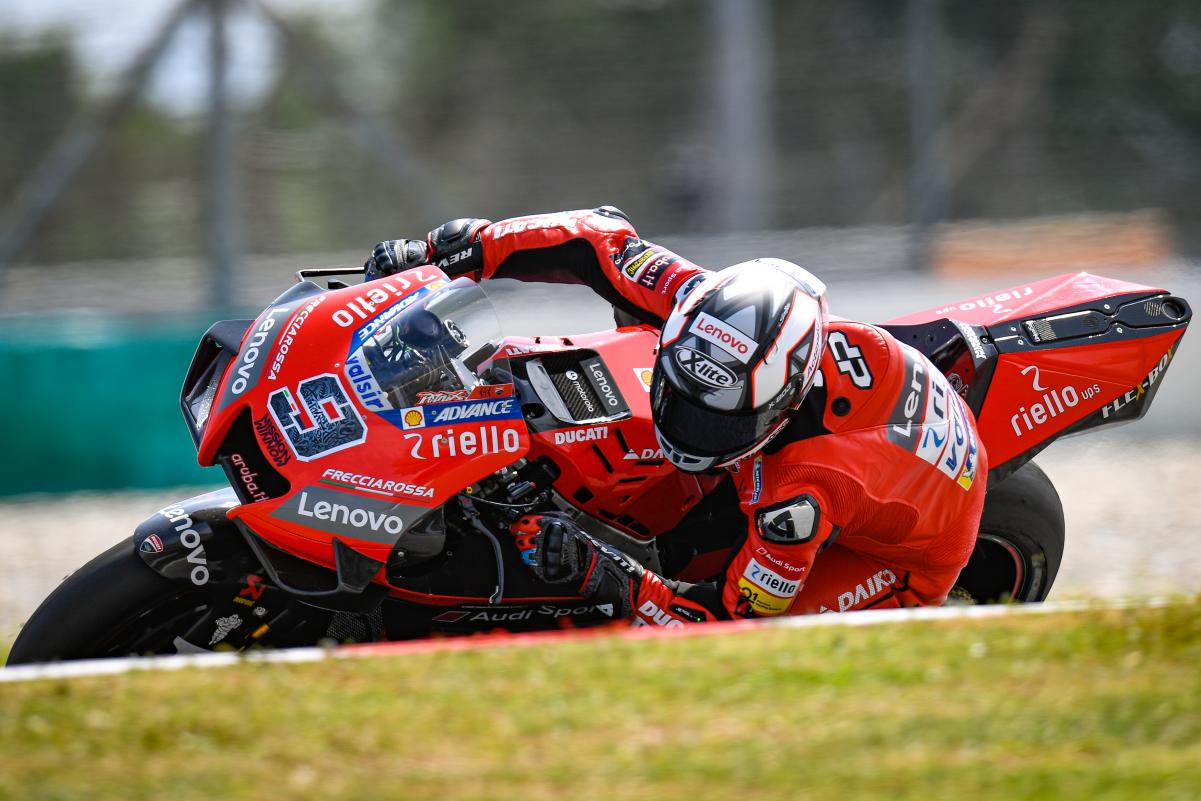 Danilo Petrucci has confirmed that he will leave Ducati’s factory MotoGP team at season’s end, after Jack Miller’s call-up.

Petrucci’s own manager, Alberto Vergani, had predicted that his client would effectively lose his ride to the Australian just prior to Ducati’s announcement.

Now, the one-time MotoGP race winner has told Italian network TGR Umbria, “Ducati has decided not to continue our relationship.

“I’m sorry for this, but my objective is to stay in MotoGP and race in MotoGP. Only a year ago I was winning, so I would like to continue to win again.

“I thank them for the experience, there is still this year where we can take some satisfaction, so I am confident and I hope it starts soon.”

Miller is the Bologna marque’s only confirmed signing for 2021 so far, leaving a seat still unfilled at the factory team and both at Pramac Racing.

The prospect of Andrea Dovizioso defecting from the Ducati Team to the KTM ranks is appearing less likely given that the Austrian manufacturer looks set to retain its four riders who compete across the factory and Tech3 entries.