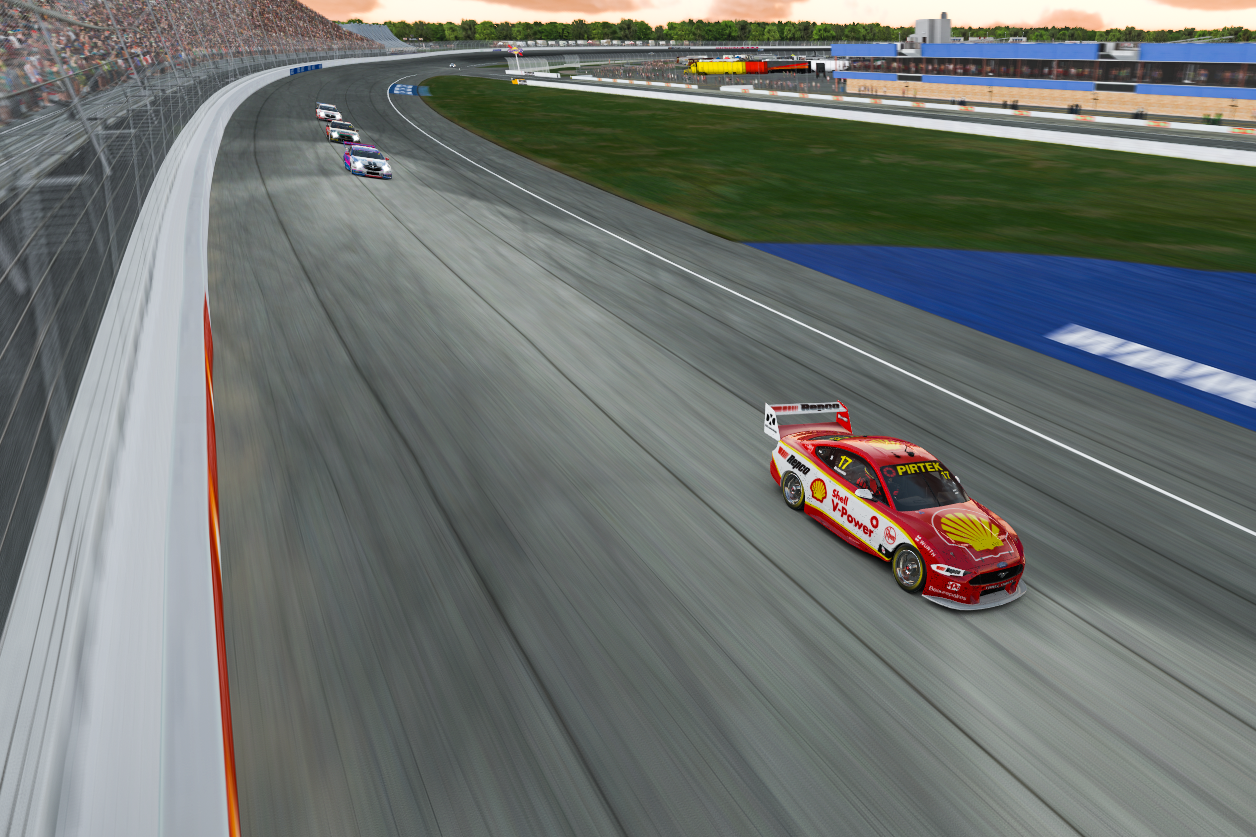 The Kiwi led the final stanza of the race, which saw primary rival Anton De Pasquale taken out by Chaz Mostert who received a penalty as a result.

Initially, it was Shane van Gisbergen who led the field to the green flag for the final 45 lap race of the evening.

Carnage kicked off on Lap 2 when Fabian Coulthard and David Reynolds made contact on the back straight.

Reynolds slammed into the wall and clipped Jake Kostecki in the process. Cameron Waters was caught out as well.

Mostert soon surged to the lead with De Pasquale in tow. Fullwood fell to third while van Gisbergen ceded position to fourth.

Come Lap 15, van Gisbergen pitted from fourth for an early stop. However, as it turned out, he didn’t take enough fuel believing a second compulsory pit stop was necessary.

Mostert dropped out of the lead pack on Lap 21 for his sole pit stop.

A lap later and McLaughlin, Fullwood, and Le Brocq pitted.

Once the pit stop sequence was complete it was van Gisbergen who led by a sizeable margin but had to pit for a second time to get the remaining fuel needed to finish the race.

Fullwood, who had been a contender, received a drive-through penalty for speeding in the pit lane and duly dropped outside of the top 20.

The final stanza of the race saw De Pasquale usurp Mostert as the latter saved fuel.

Shortly thereafter, drama struck late in the piece as Mostert and De Pasquale came to blows on Lap 42.

The Penrite Racing driver went spinning and fell to 13th. Mostert was duly given a drive-through penalty for the incident.

Mostert caught McLaughlin on the final lap but ultimately ran out of fuel coming through the final turn.

In the end, McLaughlin claimed the win from Le Brocq and Boys.

The final round of the BP Supercars All Stars Eseries takes place at Mount Panorama and Oran Park on June 10 at 18:00 AEST.