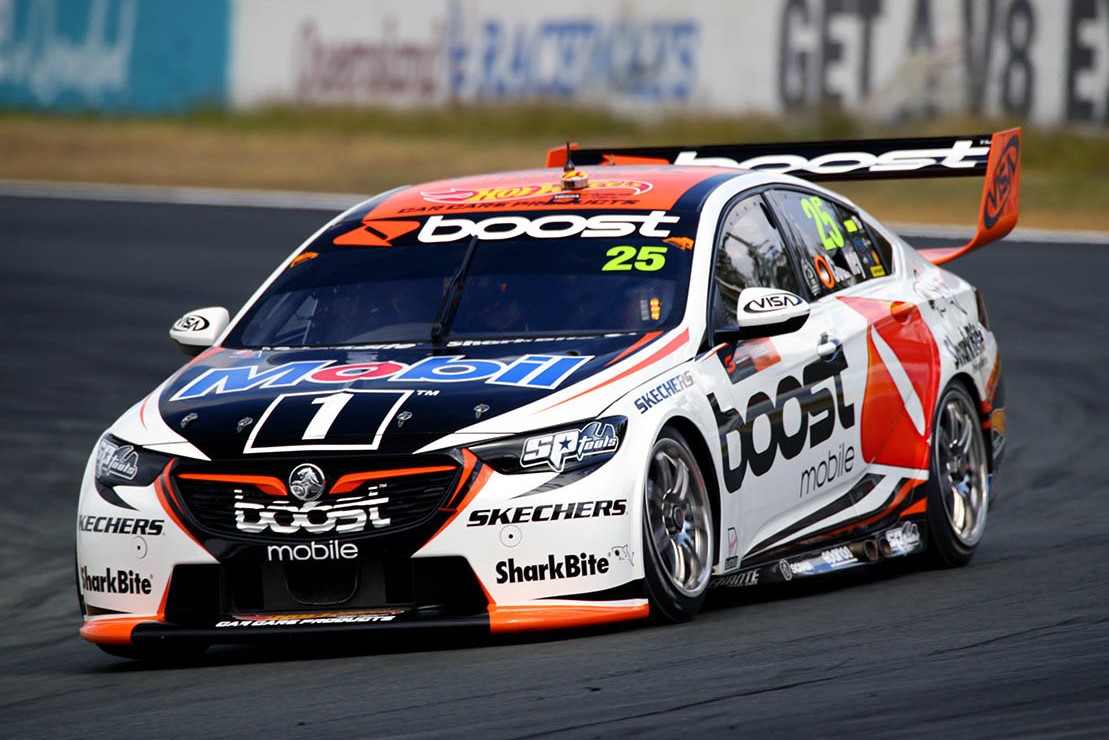 Gen3 is slated to be introduced in 2022 pic: Ross Gibb

Boost Mobile owner Peter Adderton says he wants to know what the long-awaited Gen3 regulations will look like before investing in a Racing Entitlements Contract.

After an on-again-off-again relationship with Supercars through sponsorship of drivers and teams, Adderton has signalled his interest in acquiring a stake in the championship.

Currently, he does not own a Racing Entitlements Contract but said that now might be the right time to make serious inquiries as cost-cutting measures loom.

Adderton will return to the Virgin Australia Supercars Championship with Boost Mobile Racing when the season resumes at Sydney Motorsport Park on June 27-28.

The 23Red Racing owner recently announced his departure from the Virgin Australia Supercars Championship after Milwaukee Tools pulled its backing from the team.

That has opened the door for James Courtney to make a return to Supercars after a short-lived spell with Team Sydney that lasted just the season-opening Adelaide 500.

Adderton said his commitment to acquiring a Racing Entitlements Contract relies on Supercars providing a clear vision with its Gen3 regulation set, which is slated for a 2022 introduction.

“What we want to see from Supercars is what will Gen3 look like,” Adderton told Speedcafe.com.

“They’re going to have to make some because the sport can’t sustain the amount of money that it’s spending now. I’ve got to think that 2021 is going to be a very different championship.

“COVID might have actually been the catalyst the sport needed where it’s going to force change that most people didn’t want to do,” he added.

Adderton said he has entertained the prospect of owning his own team but couldn’t do so due to the cost associated.

“Every time I looked at buying a team, I couldn’t. I didn’t have enough tax losses that I actually needed to own a Supercars team,” he said.

“It was all about losing money and I said ‘this makes no sense’. Every time we looked at it we were losing money.

“The reason Garry Rogers pulled out was because he looked at it and said ‘I’m losing money as well.’

With Gen3 on the horizon, Adderton hopes cost-cutting measures will be fast-tracked as a result of the economic impact brought about by the coronavirus pandemic.

That’s a sentiment echoed by Roland Dane who recently indicated changes would have to be made soon in the wake of the coronavirus pandemic.

“I’m personally hoping this is the catalyst that forces the change that is needed to get the sport back to the grassroots, basic fundamentals, that built this sport to where it is today,” said Adderton.

“It seems like all that is happening now. As much as COVID is a terrible thing, there are some positives that come out of that.

“It does force people looking to make changes to actually have to make those changes a lot quicker.”