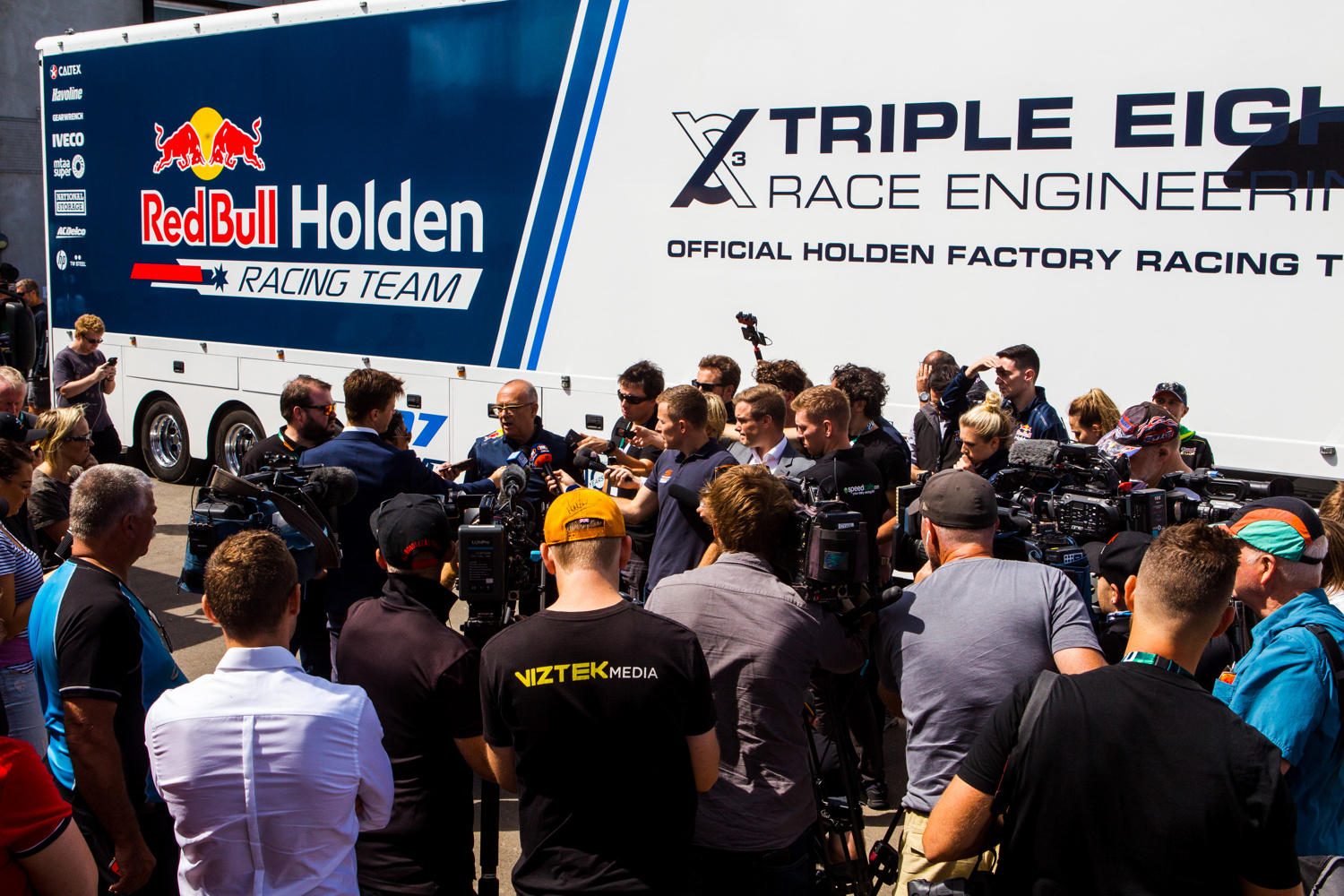 Holden and Triple Eight have reached a settlement

Triple Eight Race Engineering has reached an ‘amicable agreement’ with Holden following the demise of the Australian brand earlier this year.

General Motors announced its exit from right-hand-drive markets only days before the Virgin Australia Supercars Championship got underway at the Adelaide 500.

With that came confirmation Holden sales, design and engineering operations would cease by 2021 with a focus on its speciality vehicles business.

A statement from the team confirmed it will continue to run as Red Bull Holden Racing Team until the end of the 2020/21 season, which concludes on February 5-7.

The current agreement with Red Bull runs until the end of 2021, and as such, a commercial name for the team will be decided in due course.

Details of a settlement between the team and Holden have not been revealed.

“The settlement, the details of which are commercially confidential, will see the Red Bull Holden Racing Team remain on the grid in its present guise until the end of the current Virgin Australia Supercars Championship season. The existing contract had been due to expire at the end of 2021.

“The future branding of Triple Eight’s Supercars team is yet to be determined, with the current contract between co-title partner Red Bull and Triple Eight in place until at least the end of the 2021 season.”

Triple Eight Race Engineering has run the Holden Commodore for over a decade through its VE, VF, and ZB platforms and in 2017 took over factory status.

The team paid tribute to the marque, with which it has claimed six drivers’ and eight teams’ championships with.

“The two powerhouses of Australian motor racing joined forces in 2010, winning on debut in Abu Dhabi and going on to claim a one-two finish in the Bathurst 1000 in the same year,” the statement continued.

“The whole team at Triple Eight extends their heartfelt thanks to Holden, all Holden employees past and present with whom we’ve interacted, and the dealer network for their incredible support and friendship over the past decade.

“The team is totally committed to delivering the best possible results, both on and off the track, for the remainder of the season.”

CLICK HERE for a gallery of Holden in motorsport.