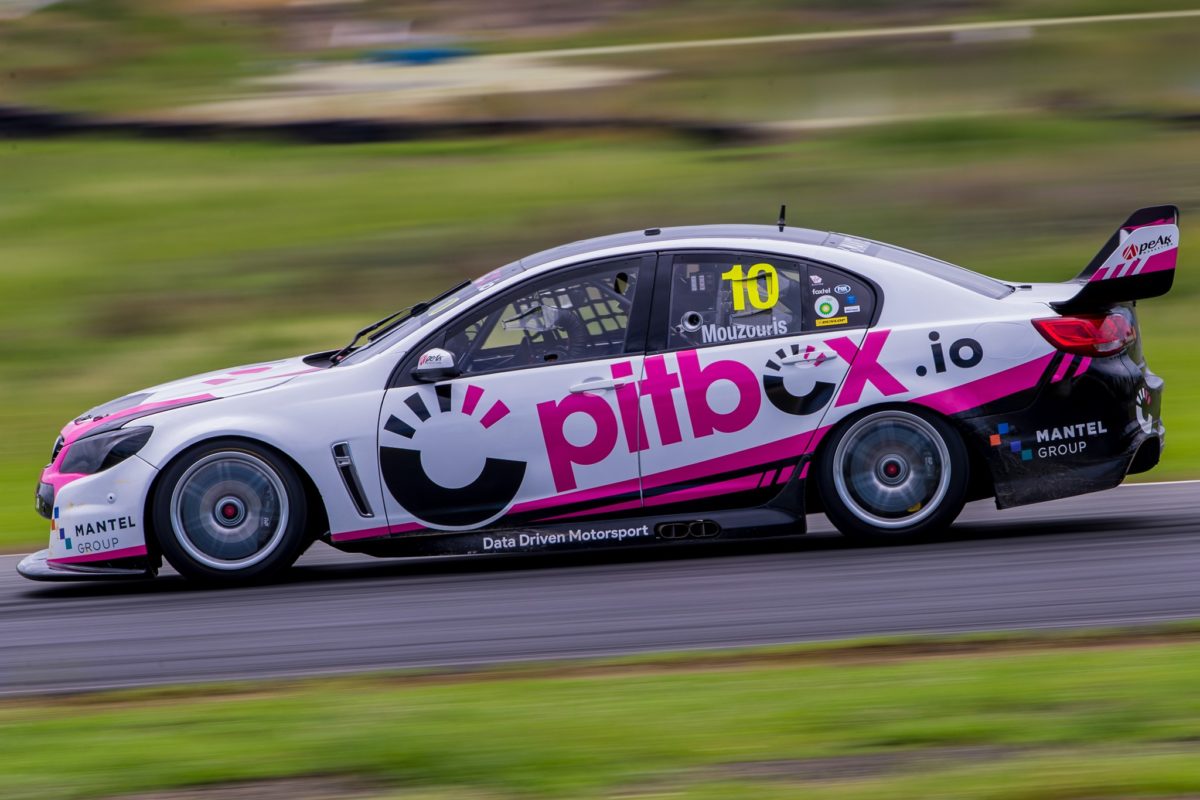 Triple Eight Dunlop Super2 Series rookie Angelo Mouzouris has completed his first test day after what felt like an off-season following Round 1 at Adelaide.

Super2 was to have been in action at Symmons Plains in April and then at Townsville at the end of this month, although the season will now restart at Winton in mid-July.

By then, it will have been almost five months since the opener on the Superloop Adelaide 500 support bill, but the release of a new calendar and relaxation of social distancing restrictions means that testing is now resuming.

Mouzouris was back at Queensland Raceway today to test in Triple Eight Race Engineering’s VF Commodore, in which Craig Lowndes also cut his permitted 10 laps for set-up purposes.

“(I was) Finally back in the car after three or four months, which was good,” Mouzouris told Speedcafe.com.

“It was almost sort of like an off-season between, so it was good to be back in the car and cutting laps again.

“We had Craig there, giving me some pointers like always, which is great.

“We were pretty much on the pace straight away. We just really trimmed the car for the rest of the day and were running on some old rubber so it was good to learn about the car and doing some race runs.”

The 18-year-old was making his first start not only in the category but also on the challenging Adelaide Parklands Circuit in February.

The next circuit is much more familiar to the 2019 Australian Formula Ford champion, who has raced there and also conducted an evaluation with Brad Jones Racing at Winton Motor Raceway.

“I’ve been there quite a fair bit in Formula Ford so I’ve got the track knowledge, which is great,” said Mouzouris of Winton.