Miller ‘definitely’ ready to fight for championship in 2021

Miller ‘definitely’ ready to fight for championship in 2021 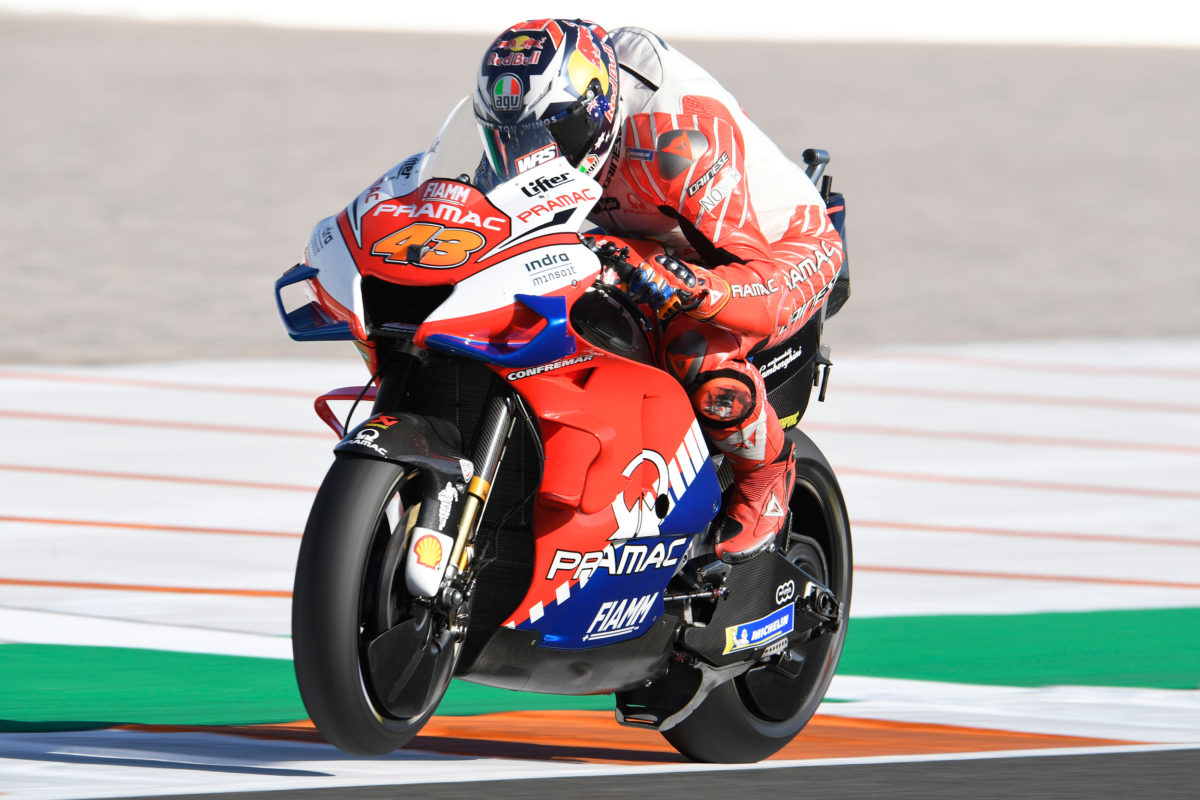 Jack Miller says that a move to the Ducati Team next year is one of the last, crucial steps that will enable him to fight for the MotoGP championship.

Miller is Ducati’s first signing beyond the upcoming season, sealing a deal to move up to the factory squad after two years so far at Pramac Racing and five in the premier class in total.

The 2019 season was his best yet with his first dry weather podiums among five third place finishes in total on the way to a career best eighth in the standings and 165 points.

His only win so far was a shock triumph in a rain-interrupted Dutch TT in his Honda days in 2016, but Ducati’s Sporting Director, Paolo Ciabatti, says that the 25-year-old can “become really one of the top riders” of MotoGP.

Asked if vying for the championship in 2021 is the goal, Miller affirmed to Speedcafe.com, “I think so.

“I feel we were getting closer and closer towards the end of last year so I feel like I’m definitely ready to go there.

“I think (it will take) a few little bits more in the puzzle and I think going to the factory team will be one of those steps in the right direction.

According to Miller, who was already directly contracted to the Bologna marque, the down weekends will be when the switch to the factory squad pays off.

The Queenslander is Pramac’s senior rider and Ducati opted to extend its supply of Desmosedici GP20s to both of the satellite squad’s entries in order to ensure that he continued to receive current equipment, given its contractual obligations to team-mate Francesco Bagnaia.

Miller will also take his Crew Chief Cristian Pupulin and Data Engineer Andrea Mattioli with him, as they too are employed by Ducati, but the greater engineering support will be key.

“I mean, just the support staff, with the guys behind the box, the guys looking at the computers there,” he identified as the difference next year.

“We tend to get them come over to our box, but it’s generally later on in the weekend once they’ve sorted all the factory boys’ problems out.

“I think it won’t (matter) so much on the good weekends, we have no real dramas, but on the weekends where you’re struggling and you’re trying to look for a set-up, I think that’s when it’ll come in handy the most.”

Ducati was effectively forced to make its choice before a race had been run this year due to the disruption caused by the COVID-19 pandemic and no grands prix yet confirmed.

While some agreements had been made even before the original season start, Miller, who has been at home in Townsville during the pandemic, finds himself in an unusual situation and says that the contract has only “semi” sunk in.

“Just to do the contract while sat here in Australia, whereas normally being at the tracks and negotiating that sort of way, but instead doing it over telephones and whatnot, it’s kind of a weird thing,” he explained.

“It hasn’t really sunk right in, but we’ll see in the future. Once we get back to racing, I think it’ll really sort of hit home, I guess.”

The premier class could finally see its first races at Jerez on consecutive weekends in July under a plan awaiting Spanish government approval.