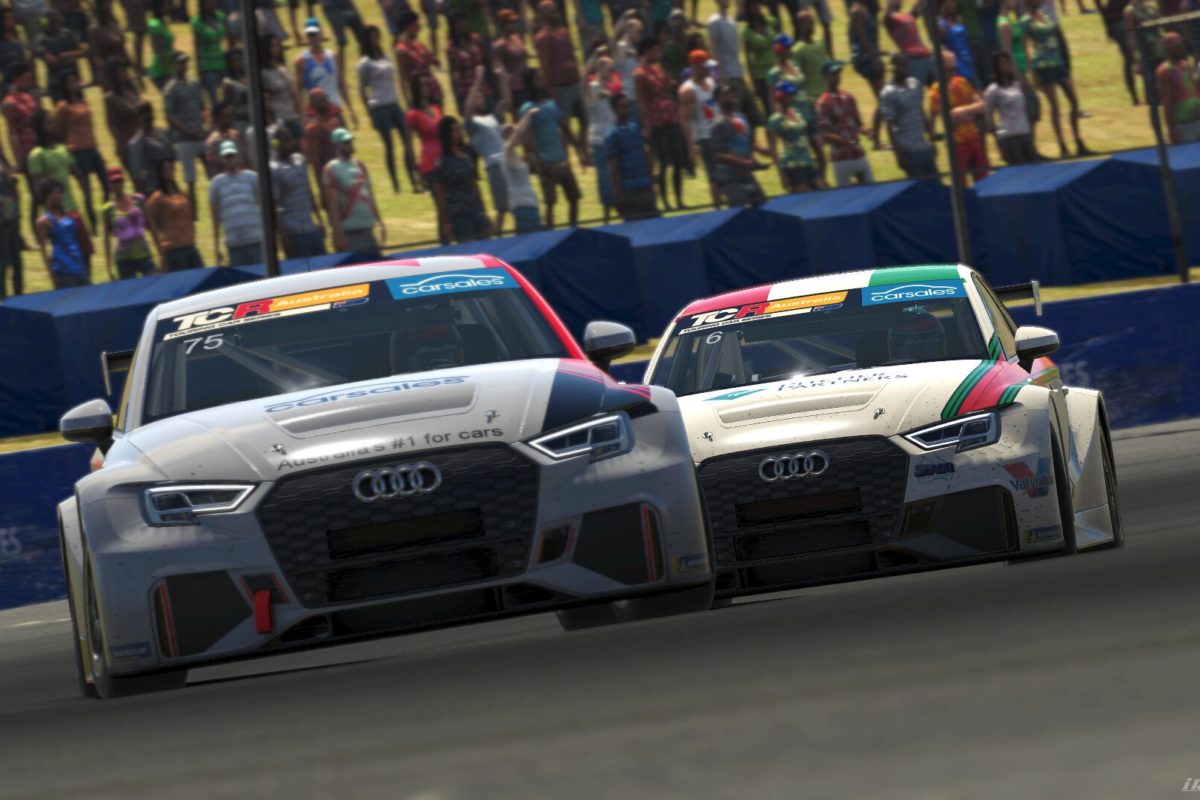 Garth Tander in action in the ARG eSport Cup

Scott McLaughlin and Shane van Gisbergen will race in this week’s ARG eSport Cup finale at Bathurst, the latter with his real world Pirtek Enduro Cup co-driver in Garth Tander.

The addition of those two Virgin Australia Supercars Championship winners makes for four full-time drivers from the series including the previously announced Andre Heimgartner and Fabian Coulthard.

It also means that two Pirtek Enduro Cup pairings have been reproduced in the ARG eSport Cup field given that Coulthard will partner Tony D’Alberto for the two-hour race.

Penrite Racing Supercars co-driver Will Brown has secured the services of Erebus Academy’s Jobe Stewart, while Thomas Randle will share his entry with another former Formula 4 driver in Lochie Hughes.

Harley Haber leads the ARG eSport Cup after the first nine rounds, although his grip on the title has been loosened somewhat by the double points allocation for Mount Panorama.

Speedcafe.com will carry the live stream of the round, which will be run with the TCR cars, on Thursday night.