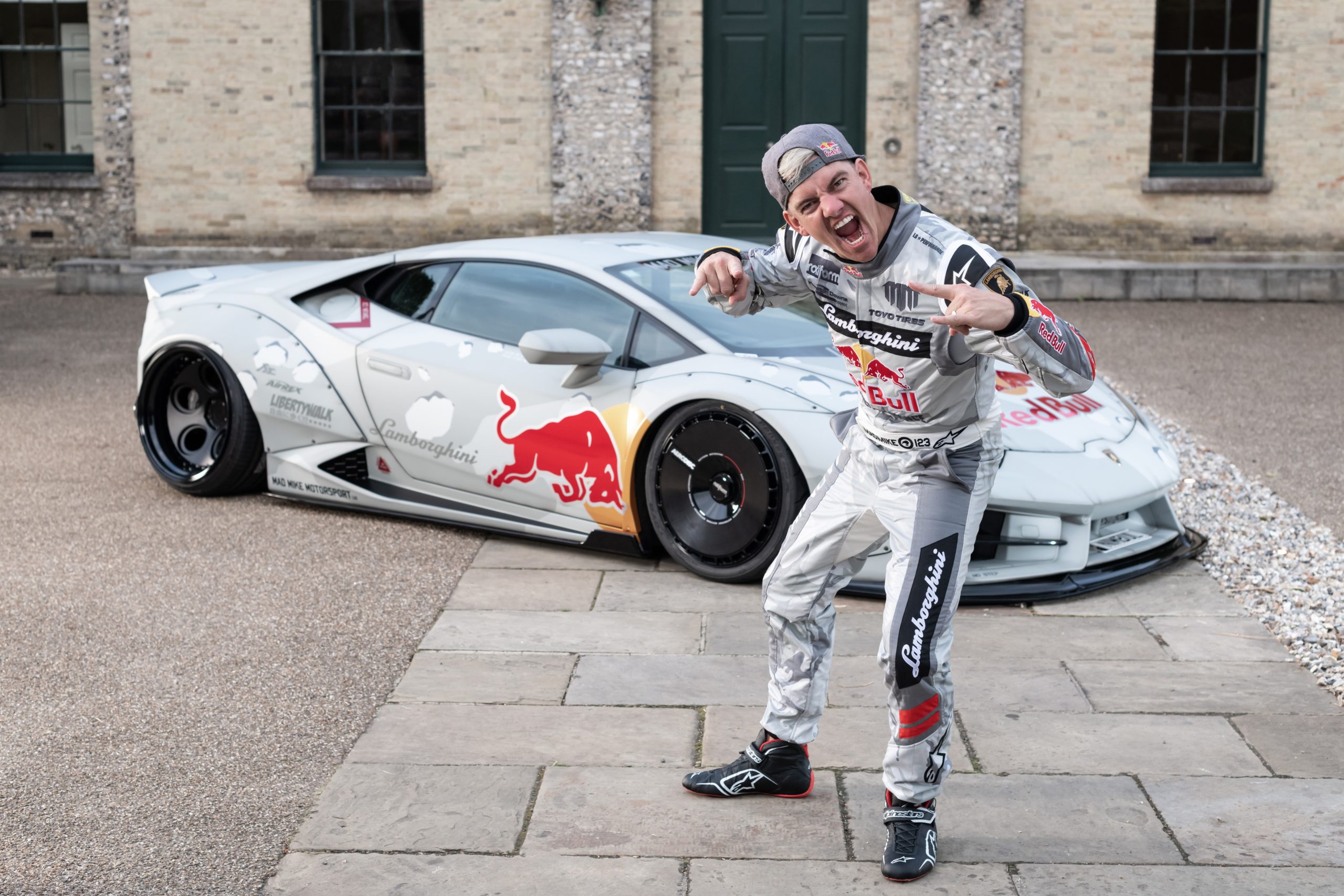 Formula Drift Japan champion ‘Mad Mike’ Whiddett is set to contest Round 9 of the BP Supercars All Stars Eseries this week.

Whiddett will race as a Red Bull wildcard on June 3 (18:00 AEST) at Michigan International Speedway and a yet-to-be-announced second circuit.

The 39-year-old is one of the world’s most well-known drifters with over 1.9 million Facebook likes and nearly one million Instagram followers.

For two decades Whiddett has made a name for himself in New Zealand’s national D1NZ series as well as international Formula Drift competitions in Japan and the USA.

Whiddett isn’t a stranger to circuit racing, however, with drives in the Australian Endurance Championship in a McLaren 650S GT3 alongside Shane van Gisbergen and Tony Quinn.

With world motor racing stalled by the coronavirus pandemic, Whiddett and his 12-year-old son Lincoln have been spending hours every day on their simulators.

He said he was surprised with how good his pace and results were and jumped at the chance to race in the All Stars Eseries.

However, he’s not expecting to be a front runner from the outset.

“I know that these guys are really good and they practice a lot, probably a lot more than I would get to do with circuit racing, because usually when I’m on my simulator I’m drifting with my son Linc,” Whiddett told Speedcafe.com.

“If they want me judging going sideways up around the wall, then we’ll be alright,” he joked.

“I actually surprised myself against the guys like Brendon Hartley and Earl Bamber in the IndyCar doing the ovals. I managed to qualify fifth and was battling for first and second.”

Having raced alongside van Gisbergen in the real world, Whiddett sought some guidance from the Red Bull Holden Racing Team driver.

“He gave me a base set-up for Phillip Island and I was about half a second off those guys, which doesn’t sound like much, but it’s friggin’ heaps,” he said.

“I’m not in it to win it, but I’ll definitely be pushing pretty hard.”

Whiddett has also been running sim racing events of his own, inviting the public to join a virtual grassroots drift day.

“We invited them into a lobby, 20 winners, and had a fun track day and a Q&A,” said Whiddett.

“It’s a cool way to interact and engage with my fans. We live streamed it as well and it was massively successful.”

The Kiwi will run with backing from Red Bull, Next Level Racing, Playtech NZ, and Thrustmaster.

Round 9 of the BP Supercars All Stars Eseries gets underway on June 3 at 18:00 AEST.