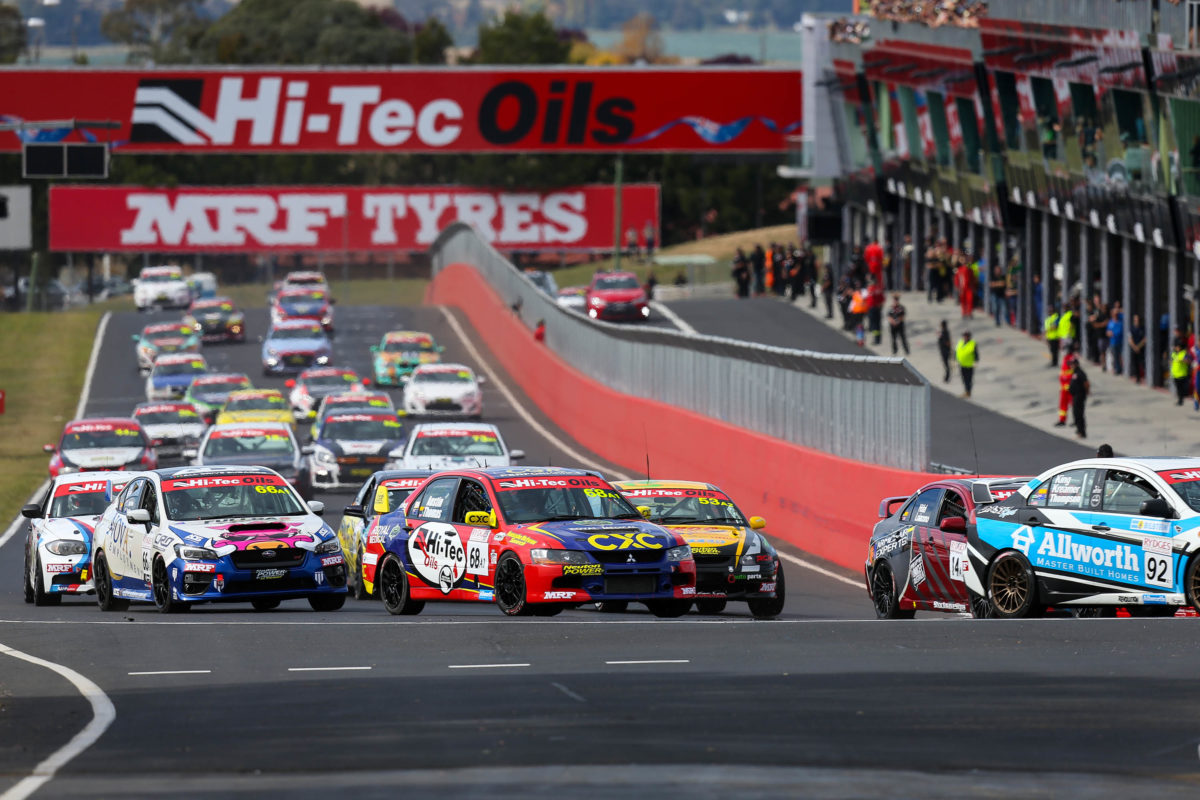 The rescheduled Bathurst 6 Hour race is set to take place on the Saturday of what will be a “loaded” Bathurst International, according to Australian Racing Group boss Matt Braid.

This year’s Bathurst 6 Hour was to have had an event of its own on its customary Easter date before that meeting was cancelled due to the COVID-19 pandemic.

With the production car enduro salvaged by way of postponement to the inaugural Bathurst International in November, that event has been expanded to four days, as already flagged to Speedcafe.com.

However, despite the TCR enduro being scaled back to a sprint round of the domestic series due to anticipated travel restrictions persisting, the two-litre touring car category will continue to be treated as having headline status, shared with the VHT S5000 Australian Drivers’ Championship.

“At this stage, what we’re looking at doing is that we’ll have multiple categories involved outside of the highlight categories, being certainly the 6 Hour production car race and the various ARG categories on those four days,” Braid, ARG’s Director, told selected media including Speedcafe.com.

“The schedule is being finalised, but we do anticipate that we’ll run the 6 Hour production race on the Saturday of the event, and then have the Bathurst International-focused categories on the Sunday of the event.

“It’ll be certainly production 6 Hour-focused on the Saturday, and then the Bathurst International on the Sunday of the event, those two (TCR, S5000) being the highlights.”

ARG properties in the Gulf Western Oils Touring Car Masters and the National Trans Am Series, plus the Holden Bathurst Revival, are also already confirmed on the bill with other series set to follow.

Braid suggested that the Bathurst International will also have a ‘festival’ feel like the unique addition of back-to-back Tasmania events to the ARG calendar in January 2021.

“Obviously, (it was) very disappointing that we had to postpone or cancel the 6 Hour race at Easter,” he noted.

“Bathurst Regional Council has kindly agreed to extend (the Bathurst International) to the four-day event, which is going to be fantastic.

“It will be absolutely loaded with categories, the 6 Hour and the International, plus various support categories.

“Like what’s going to happen in Tasmania, we’re very conscious of providing a festival of motorsport as much as we can.

“Obviously, the eSports series that we’ve done and other categories have done, both in Australia and around the world, has filled a gap, but nothing beats hitting the track and seeing cars in the flesh and seeing them race.

“To have that at the Bathurst International event, it will be big.

“Certainly, the crowd issue is still to be determined there, but even if there’s no crowd, we will definitely be running at Bathurst that weekend, putting on a show with all the categories we have in our arsenal plus others.”

The Bathurst International will take place on November 12-15, with TCR Australia, S5000, and TCM back in action at Sydney Motorsport Park on August 15-16.