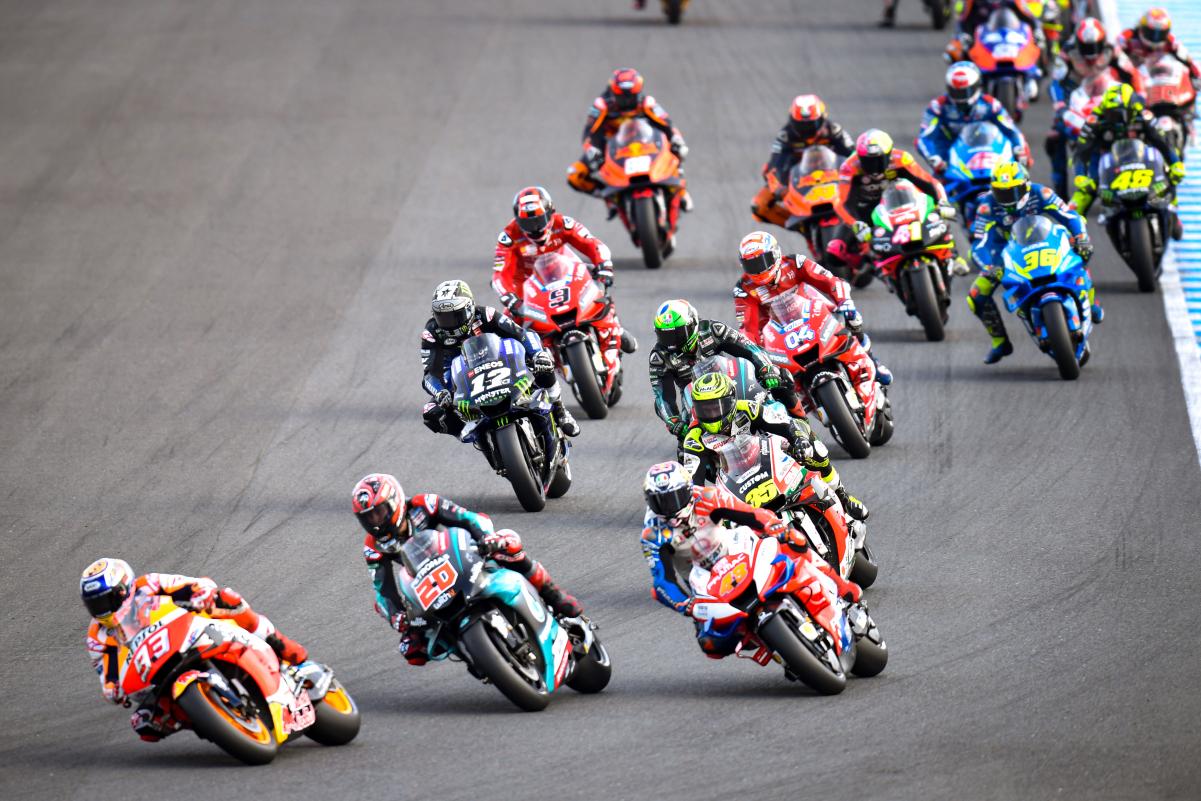 The Japanese event has become the latest round of the MotoGP World Championship to be cancelled.

The Grand Prix of Japan was to have been held at Twin Ring Motegi on October 16-18, a week before the also-cancelled Australian round was to have taken place at Phillip Island.

While Dorna Sports CEO Carmelo Ezpeleta had previously cited permission for crowds as a key consideration for the Asian flyaway events, he identified the timing as the stumbling block for what had originally been listed as Round 17 of the season.

“It is with great sadness that we announce the cancellation of the Motul Grand Prix of Japan at the very unique Motegi circuit, meaning we will not have a Japanese Grand Prix on the calendar for the first time since 1986,” lamented Ezpeleta.

“The MotoGP family is working very hard to be able to re-start the racing season and hold as many events as possible, and in the safest way possible.

“For this reason, the FIM and Dorna, in consultation with IRTA and MSMA, have decided that, until mid-November, MotoGP will remain in Europe to do as many European MotoGP events as we are able to.

“Therefore, overseas events, if at all possible, should be scheduled after mid-November – which would be too late in the year for the Motul Grand Prix of Japan to be held.

“For this reason it has been decided, in consultation with Mobilityland, that the Motul Grand Prix of Japan cannot be held in 2020. I very much thank Mobilityland for the support given to MotoGP.

“On behalf of Dorna, I would also like to thank all the fans for their understanding and patience as we wait for the situation to improve. We very much look forward to returning to Motegi next year.”

Kaoru Tanaka, President of circuit owner Mobilityland Corporation, said, “Mobilityland has been preparing for this year’s MotoGP Japanese Grand Prix, however the situations in Japan and Europe are unpredictable and the extension of the international travel ban is expected.

“As a result of our discussions with Dorna, the managerial body of the series, we agreed that we have no choice but to cancel the Japanese GP in order to complete the season.

“We understand that this is a great disappointment for fans and all related parties. We thank you for your understanding.”

There is no word yet on the fate of the other Asian events, namely those in Thailand and Malaysia.

The former had been restored to an early-October slot when it was decided to postpone it from its new March date, while the latter had been set down for October 30-November 1.

Britain’s round, at Silverstone, was also confirmed as cancelled at the same time as Australia’s was.

Jerez would host the opening two races of the premier class season on July 19 and July 26 under a proposal awaiting Spanish government approval.