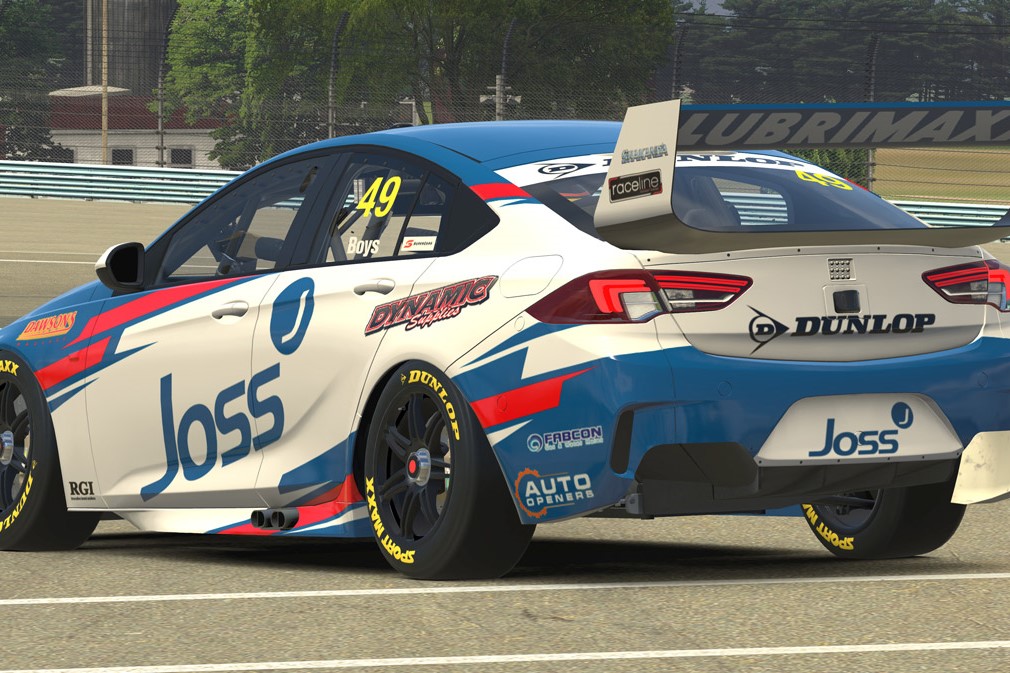 Dunlop Super2 Series driver Jordan Boys has been confirmed for Round 9 of the BP Supercars All Stars Eseries.

The 22-year-old will race the #49 Holden ZB Commodore with backing from Joss Group.

Boys joins a growing list of Super2 Series wildcards that have raced in the Eseries, which includes Brodie Kostecki, Thomas Randle, Jayden Ojeda, and Broc Feeney.

“I’ve probably been on the simulator at Erebus three or four times and then got a sim for myself three or four weeks ago,” Boys told the official Supercars website.

“It’s still fairly new to me; I’ve definitely had plenty of time to prepare for it but it’s super different, doing everything visually rather than by feel.

“It’s definitely something that’s a bit hard to get used to but I’m just really looking forward to the racing aspect of it.”

In what is Boys’ fourth season of Super2 competition, the Image Racing driver currently lies fourth in the standings with finishes of fifth, sixth, and fourth at the Adelaide 500 this year.

Boys will return to real-world racing at Winton Motor Raceway on July 18-19 for Round 2 of the Super2 Series in support of the Virgin Australia Supercars Championship.