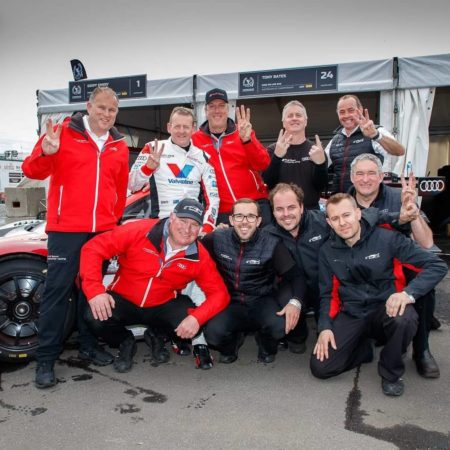 From the clay of Tasmanian speedway to Mount Panorama, Troy Russell’s career has seen him rise through the ranks of the sport to now head one of the biggest motorsport operations in Australia.

Between he and business partner, Lee Burley, the pair operate Melbourne Performance Centre, providing an array of services to the automotive and motorsport communities.

He served his apprenticeship with his father, who instilled in him lessons that continue to serve him to this day.

“He was a mechanic and owned a heavy earthmoving machinery repair business,” Russell explained to Speedcafe.com.

“So I did my apprenticeship as a diesel fitter/motor mechanic.

“He’d be one to pack up the ute and send you down the bush to fix something that you’d never seen before, but with the attitude of ‘you will figure it out when you get there’.

“I guess that gives you that ability to think outside the square and get stuff done.

“Back then there were no mobile phones so you were on your own to a degree.

“I think you learn a lot from that because you learn that you’ve just got to get it done, so you just get on with it.

“That problem solving I guess is the thing that you learn from all of that.”

Russell’s involvement with motorsport came early, working at the local speedway at the age of 14.

That saw him traversing Bass Straight for regular events on the mainland where he would help out the team as it raced across the country.

In his early 20s he branched out into tarmac rallying, a move which would in time see him move to Melbourne.

“Targa Tasmania was getting off the ground down there and I did a bit of tarmac rallying, literally just service crew work for a mainland guy. That grew into two, three customers,” Russell recounted.

“Then we did a bit of stuff on the mainland as well, so I was backwards and forward on the boat.”

Still based out of Tasmania, Russell had his first foray into circuit racing as he became involved in the build of a Honda Integra production car for the Procar series.

“At that point it was getting difficult to work on the mainland and travel backwards and forwards on the boat,” he explained.

“It turned into a week (long) exercise to come to the mainland and back, by the time you got the appropriate ships and so forth. So (I) made the decision to move to Melbourne.”

In October 2000 he made the move and continued to work preparing tarmac rally cars before a chance encounter with Burley saw the pair team up.

“A year or so later was when I met Lee, and that’s when we formed Melbourne Performance Centre,” Russell said.

“That was basically a chance meeting; I was a mechanic, Lee was more of a fabricator at that point, as well as fabricator/dyno tuning.

“He’s a mechanic as well, so it was a good fit between the two of us to basically join forces.” 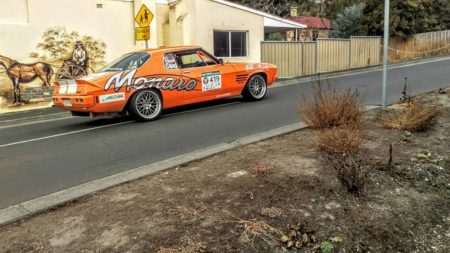 The pair continued to work on tarmac rally cars, and were behind the build of the Steve Coad’s iconic Targa Tasmania Holden Monaro.

MPC’s circuit racing business started with state and club racing before moving into the Mini Challenge where it fielded cars for Paul Stokell and Grant Denyer.

“(That) was probably our first toe in the water of a national championship,” Russell recounted.

“That’s when we moved into circuit racing, bought our first proper transporter, and we went on to do that.”

A turning point for Russell and MPC came when Dean Grant purchased a Lamborghini Gallardo GT3 car for the 2008 Australian GT Championship.

“Dean Grant and Mark Eddy both had sister Lamborghinis and that was probably our first toe in the water into GT racing,” Russell said.

“We did that for a couple of years and then soon after that, Mark Eddy sold his Lamborghini and bought the first Audi.

“That was a 2009 model car which he bought and then brought into Australia and we raced it in the championship.

“Through our association with Mark, the year that Audi come to the Bathurst 12 Hour with the kangaroo car and the spider car (2011) we offered the factory team some local knowledge.

“So they employed our services to provide just that on the ground sort of get stuff done.

“We were by no means a partnership with them. It was literally providing some staff. We sat in the background, basically.”

It proved a decisive moment for MPC, and one which has fundamentally shaped the business ever since.

Over the course of the 2011 Bathurst 12 Hour weekend, Russell and Burley met with Romolo Liebchen, Head of Audi Customer Racing, and had discussions about how customer racing in Australia could be helped along.

The outcome was support from Audi to help create a programme in Australia.

“One was sold before it left Germany, but the other one was sent on consignment, which was a lot of faith in guys that they didn’t really know that well.

“They sent some parts on consignment for the first six months just to get the ball rolling and it all evolved from there.”

Coupled with growing interest in GT racing at the time it laid the foundation for the business to blossom, with Russell moving into a management and organisational role, though admits he still helps out on the tools when needed.

“I’m always a believer of you shouldn’t ask people to do something you can’t do yourself,” he reasoned.

“I don’t do much hands on work now. I think, in fact, the guys prefer that I don’t go and help them, but I still am capable of doing it.

“To a degree you need to start at the bottom and work up through the business in every level to have an understanding of what’s required,” he continued.

“There’s definitely some merit in that, that you need to have done it yourself at some point.

“I like the challenge of pulling deals together and making stuff happen, and obviously success,” he added when asked about his current role.

“The organisation and the behind the scenes stuff that needs to be done to make it all work.”

While he and Burley have been the central figures in the growth and success of MPC, Russell is quick to point out that it’s the result of having good people around him.

“That hasn’t just been me,” he observed.

“Obviously Lee has been a crucial part of that partnership. We’ve been in business together for 17 years or something, that’s a reasonably decent feat in itself.

“I think if you attract good people, you can deliver a good service.

“There’s not one person that can make it work. You need to have a good team.”

Away from work, Russell has recently gone back to his roots.

Passionate about all forms of motorsport, he’s returned to the speedway scene. 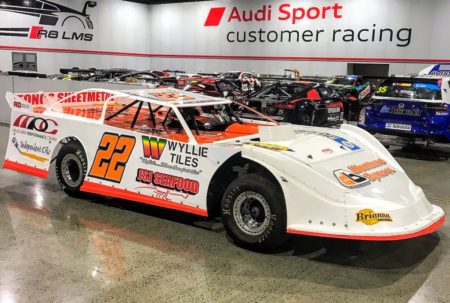 “I’ve sort of gone full circle there and I’ve been doing a bit of speedway stuff, helping out the guys where I originally started when I was 14.

“That whole family, I started with the grandfather and then I worked with his son and now I’m working with his grandson.

“So it’s sort of a third generation of that family that I’ve been associated with. I’m really enjoying that.

“Obviously that’s not a business thing, that’s just doing it purely in my own time as a hobby, but it’s almost gone full circle for me.”

Though he’s developed a successful business and become a leading player in Australian motorsport, Russell admits there are one or two things still to tick off his bucket list, headlined by a victory at the Bathurst 12 Hour.

“It’s one of those events that I want to win,” he admitted.

“We’ve had success in most other categories that we’ve been involved in. The Bathurst 12 Hour has escaped us a few times.

“It’s a hard race to win there’s no doubt, but we’ve been in a good position several times and things haven’t fallen our way.

“To me, that’s one of the ones that I really want to tick off the list at some point.

“It still interests me to go and do some more overseas racing,” he added.

“I’ve done a little bit of stuff; I’ve done the Sepang 12 Hour two or three times. That’s an event that’s really cool to go and do.

“Racing overseas is another level of preparation and organisation, so that’s something that I’d like to do some more of.

“Ultimately there’s the big events on the world stage, like the Spa 24 Hour.

“Something like that would be obviously really cool to go and do as an Australian team, to go over and have a crack at it, but it’s a lot of money to do and you’ve got to find someone that wants to do it.

“It would be all but impossible to do it as a pro team, because Audi run their own drivers at those events, so you wouldn’t have the ability to have drivers.

“But yeah, obviously overseas racing is something (I’m interested in).”