Big show expected for Spa round of Speedcafe.com Eseries

Big show expected for Spa round of Speedcafe.com Eseries 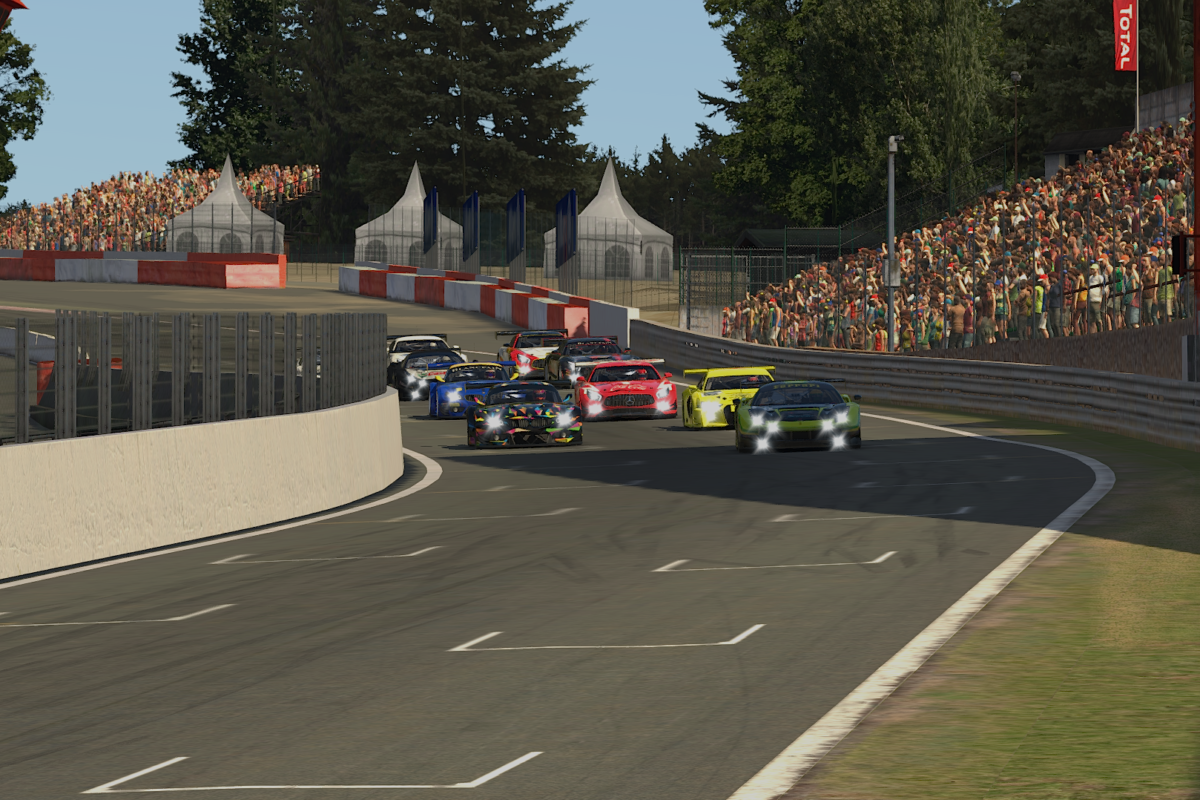 Round 2 of the Speedcafe.com GT3 ESeries, presented by Kincrome Tools takes place at Spa-Francorchamps

Organisers of the Speedcafe.com GT3 ESeries, presented by Kincrome Tools are expecting another big show at Spa-Francorchamps this evening after last week’s enthralling opener.

Jobe Stewart prevailed on the Indianapolis road course but Carbon Gaming’s Dalton Ellery, an amateur racer in the real world who is running the series on Speedcafe.com’s behalf, was impressed by the standard of driving up and down the field.

“The racing last week, for the first half of the race, was fantastic,” Ellery told Speedcafe.com.

“All 50 cars made it through the first corner, which just blew me away. We were all sitting there in our Discord chatting and said, ‘Wow’; genuinely could not believe that everybody got through without contact.

“It was great to see everybody getting through, Safety Car restarts were good, and I think generally the racing was pretty good.”

Balance of Performance tweaks during the week are set to make for even closer racing when the action kicks off this evening at 18:30 AEST on the Belgian Grand Prix venue of Spa-Francorchamps.

“We’ve been balancing the cars all week, between Jordan Pruden and myself, doing all of the Balance of Performance between the cars,” explained Ellery.

“We’ve done testing for the next two rounds and have found all of the cars are pretty close, so we’re a hundred percent confident that the cars will be competitive for the rest of the season.”

With over 100 competitors expected to take part tonight, and the top 50 qualifiers to start the main race, the field will use the older starting grid location which feeds onto Eau Rouge.

Round 2 of the Speedcafe.com GT3 Eseries, presented by Kincrome Tools will be streamed this evening from 18:30 AEST on Speedcafe.com.