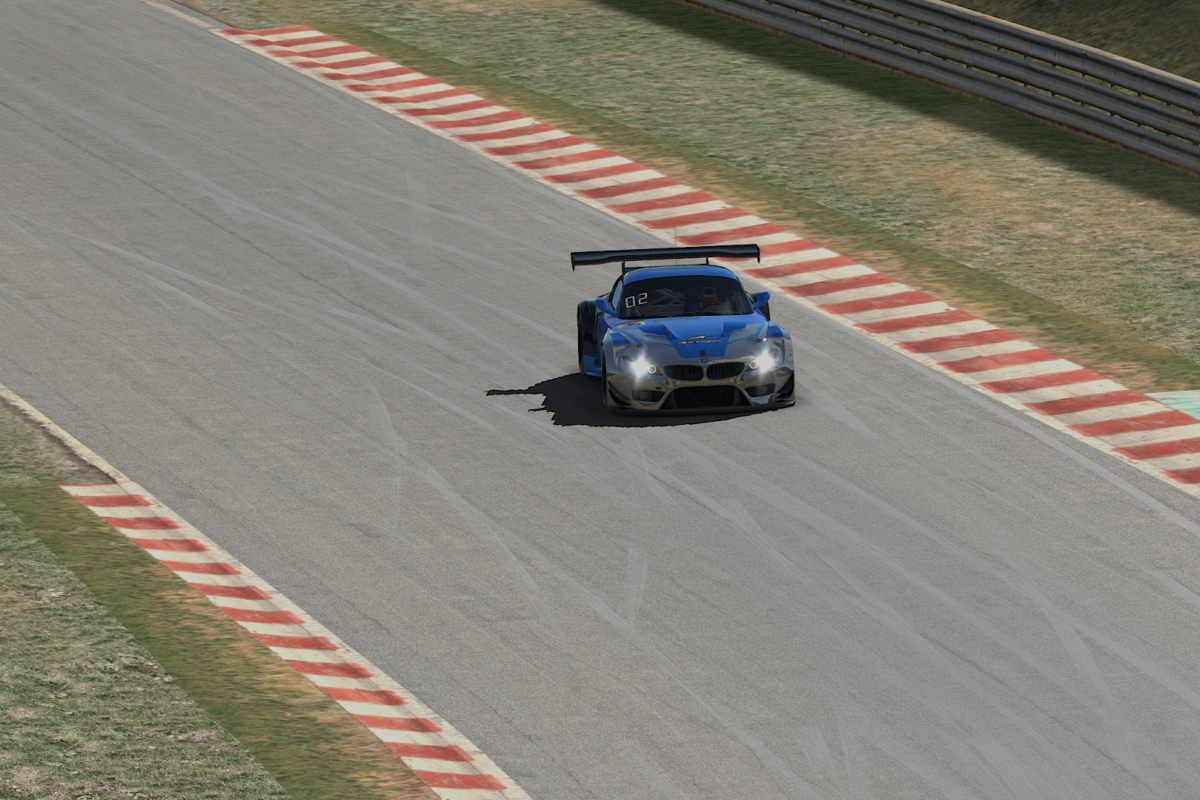 Jobe Stewart has taken a dramatic, second consecutive victory in the Spa-Francorchamps round of the Speedcafe.com GT3 ESeries, presented by Kincrome Tools.

Having prevailed in the season-opener last week, Stewart emerged victorious in Round 2 after a dramatic finish which saw a number of key players running out of fuel in the dying stages.

From pole position, he led the early running in his Pursuit Sim Racing BMW Z4 before being overtaken by Jackson Souslin Harlow’s Altus eSports Audi R8.

The bulk of the field pitted around 23 minutes into the race, and Stewart regained the lead during the pit stop shuffle.

A Safety Car was called just over 30 minutes into the race after a big crash for Paul Auditore at Eau Rouge, but all the main contenders elected to conserve fuel rather than making an extra pit stop at that stage.

Heading into the last 10 minutes, many drivers started to reduce their pace considerably, when it became clear they would struggle to make it home.

Souslin Harlow, who had taken fresh tyres during his pit stop, challenged Stewart for the lead at Les Combes, but the two cars made contact on the exit of the corner, sending Souslin Harlow backwards into the tyre barrier.

Stewart held on to take the win ahead of Souslin Harlow’s Altus eSports team-mate James Scott.

“It was super-crazy – when it got near the end, all of a sudden my numbers were saying I wasn’t going to make it (on fuel),” said Stewart.

“Jackson went for the move – it was a fair move, but he didn’t leave that much room going into the corner and I think there could have been a bit of a netcode issue as well.

“At the end, I was only going at half-throttle down the straights and riding the clutch – I was pretty nervous with all the other cars catching up from behind.”

Second-placed Scott was thrilled with his debut result.

“What a race – I had no preparation, I didn’t even realise I was racing until about 5pm,” said Scott.

“I had my JRT (timing system) up all race, but the Safety Car threw my fuel numbers out – it was telling me I was safe on fuel, but then it updated and said I had to save eight litres.

“I went into heavy save mode there at the end and only just made it.”

Third place went to Reece Cohen, who crossed the finish line in fourth but was elevated after Paul Mansell received a post-race penalty.

“As soon as I came in for my pit stop, I knew it was going to be close so I was on a massive fuel save for about 10 laps,” Cohen said.

“I was lifting on the straights and my lap times were about six seconds off.

“For a lot of the race, I was in a pack with my BPR team-mates and we were having fun – we were all comfortable racing against each other.

“Both races in the series have been really close on fuel – the strategy element makes it a lot of fun.”

The Speedcafe.com GT3 eSeries presented by Kincrome Tools will visit the Nurburgring GP circuit for Round 3 next Sunday evening.