WHERE ARE THEY NOW: Ron Tauranac

WHERE ARE THEY NOW: Ron Tauranac 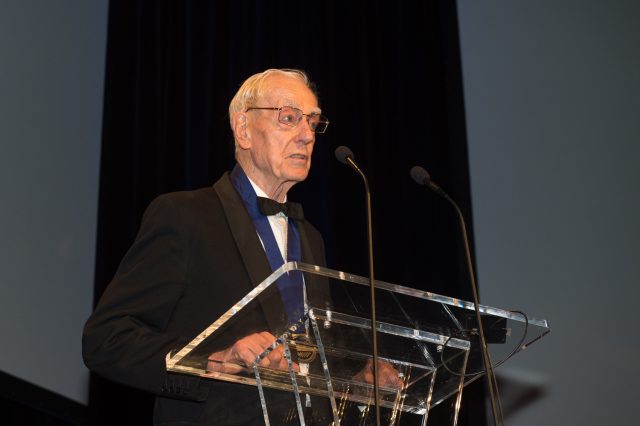 Ron Tauranac was destined to put an indelible stamp on the highest level of world motorsport as an engineer.

Ever since meeting Sir Jack Brabham back in the 1940s, Tauranac’s date with destiny was sealed.

Tauranac had been building and competing in the hillclimb scene when Brabham turned to the genre after a highly successful splash in midget speedway cars around the country.

But hard lessons in engineering were made as Tauranac tried to develop a fore-runner to what would become the Ralt marque set up by Ron and brother Austin. Ralt is effectively an acronym for Ron and Austin Lewis Tauranac.

These days Tauranac admits without reservation that he made lots of mistakes but ultimately that is what transformed into the considerable success he would enjoy internationally.

In an interview for the video sharing platform Daily Motion, Tauranac said, “if you do things correctly you don’t know why the hell you have done it.”

Tauranac said that he had no knowledge of automotive design other than what he had read in magazines back in the 1940’s and 1950’s.

“I read various things about Auto Unions and Mercedes and designed a car with no knowledge other than what was in the magazines,” he said in the Daily Motion interview.

“It was a bit of a disaster. I put swinging half axles on the back because I read that inter-leaf friction was very good and you didn’t need dampers.

“First time out the wheels bounced up and down at a hillclimb and it swung me over and ended up with 14 stitches in my face.”

As unlikely as it seems, these were the extremely raw and primal beginnings of what would become one of the most formidable engineering partnerships in grand prix history.

The convergence of Tauranac and Jack Brabham would become a tour de force in Formula 1 as the sport struggled through an era where death cast an almost constant pall over grand prix racing.

Tauranac would join Brabham in 1961, moving across to England where the pair headed up the newly formed Motor Racing Developments business which began building Brabham racing cars.

Their Formula 1 interests started when the Cooper Car Company, with which Jack had won his first world championship in 1959, didn’t see the need to improve the car for the following year.

Jack sent Ron some thoughts on the rear suspension, to make the car lower and get away from transverse leaf springs to coils. Together the work was done and Jack won his second championship in 1960 with a low line Cooper, with Ron’s input.

With things still stalled at Cooper, Jack persuaded Ron to join him full time in England. This would be the beginnings of how Tauranac wielded a huge influence on the motor racing world and how he later became a high volume builder of customer cars.

After designing MRD Formula Junior machines, Tauranac had seen the first Brabham Formula One car, and the first bearing the prefix code BT (Brabham Tauranac), make its debut in 1962.

The fact that Brabham finished fourth in the US Grand Prix that year, earning the first ever points for a driver in a car of his own build, was a prelude to a feat that is widely considered never to be repeated in the sport.

In 1966, Tauranac and Brabham successfully overcame a change to F1’s engine regulations from 1.5 to three litres with Brabham clinching his third world F1 crown and the only driver to achieve the feat in a car bearing his own name.

The BT19 of 1966 used an Oldsmobile-sourced block engineered by Repco in Australia with Tauranac designing the spaceframe steel chassis.

He also unwittingly played a key role in the commercial future of F1, when he sold MRD to Bernie Ecclestone in 1971.

By then he was the sole over of MRD, having bought out Brabham’s shares when he was initially set to retire at the end of 1969.

For a time he stayed on with the team, though the relationship turned sour and Tauranac opted to leave the organisation.

He then bounced around until founding Ralt, rekindling the marque he and his brother had established in the 1950s.

In late 1974 Ralt was founded, with Tauranac designing cars that would be simple, easy to maintain, and competitive.

The business set up shop in Woking, with the first Ralt chassis going to Larry Perkins helping him claimed the European Formula Three championship.

As the decade wore on Ralt diversified, designing or adapting cars for Formula Three, Formula 2, Formula Atlantic, Super Vee, and a single Can Am design.

Between 1975 and 1993 more than 1000 Ralts were produced, including a joint venture with Honda to produce the RH6.

Though the business carried on into the 1990s, Tauranac himself sold up to March Engineering in October, 1988.

During the mid-1990s Tauranac worked with Honda again, producing a ‘Honda School Car’ – a aluminium honeycomb Formula 3 design with a Honda Civic engine.

A year later and the Arrows Formula 1 team reached out.

Slow and unreliable, the 1997 car had a tendency to overheat but between Tauranac and John Barnard the pair were able to turn the car’s fortunes around.

Tauranc focused on engine installation while Barnard worked on the chassis and by mid-season Damon Hill came within a lap of winning the Hungarian Grand Prix.

In 2001 Tauranac’s contribution to motorsport was acknowledged by the Australian Governor-General, awarding him the Order of Australia.

His story was chronicled by Mike Lawrence in the book Brabham Ralt Honda, first published in 1999 but updated in 2010.

In 2017 Tauranac was bestowed the highest honour in Australia motor racing when he was inducted into the Motorsport Australia Hall of Fame.

“It is an honour to be given this award,” said Tauranac at the gala function.

“There are some familiar faces here.

“It was great to see Jack (Brabham) also inducted last year; he was the biggest influence on my life.

“He got me over to England and I had enough money left over to put my wife and three-year-old daughter on a boat as well.

“I thought I might have done some racing over there, but in the end we engineered some cars.”

Ronald Sidney Tauranac, a genuine knockabout Aussie legend whose impact has been felt across many decades of Australia’s rich motorsport history.

Climbing the ‘Everest’ of world motorsport is only part of what makes up the remarkable story of ‘Racer’ Ron Tauranac who turned 95 earlier this year.