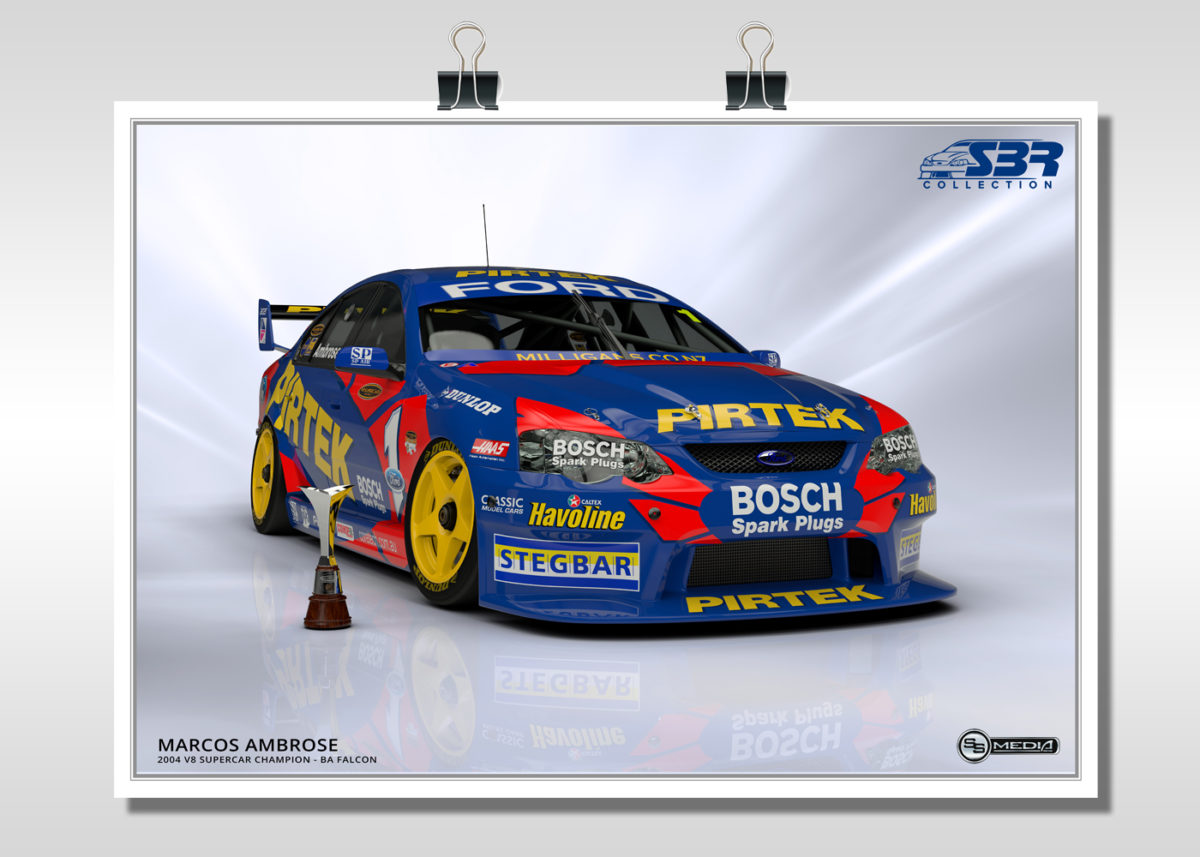 Both actual race cars are currently undergoing a ground-up restoration by Ross and Jimmy Stone at their workshop on the Gold Coast and will be completed in coming months. 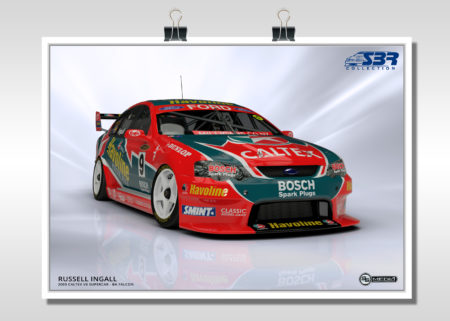 A project months in the making, the officially-endorsed prints are created using the highest quality illustration programming and CAD illustrations, ensuring every print is as close to a photo as possible and available in A2 size.

“It’s a great honour to be recreating these iconic winning race cars for such a legendary team in Australian motorsport,” said Yorston, who owns ssMedia.

“We can’t thank Ross and Jimmy Stone enough for getting on board with this project, and letting us make memorabilia that fans can treasure in their homes and offices.”

SBR also won teams’ championship honours in 2004 and 2005 and eventually became Erebus Motorsport after being sold to Betty Klimenko in 2012.

For the remainder of 2020, ssMedia will be releasing prints of all SBR cars raced in the Supercars Championship, as well as Mark Winterbottom’s championship-winning Development Series AU Falcon from 2003, which won five of six events.

“Jimmy and I are very happy to have formed an official partnership with ssMedia to reproduce all of the SBR cars,” said Ross Stone.

“The prints look fantastic and I cannot wait for the fans to be able to own them and display them with pride.

“We’ve always appreciated the support we received from our fans so we’re glad to give them an opportunity to still own a part of the SBR legacy.”

The official Stone Brothers Racing Prints Collection is now on sale for $85 each (incl GST). CLICK HERE to purchase.

ssMedia is a member of Networkcafe.com.au. CLICK HERE to view their profile.