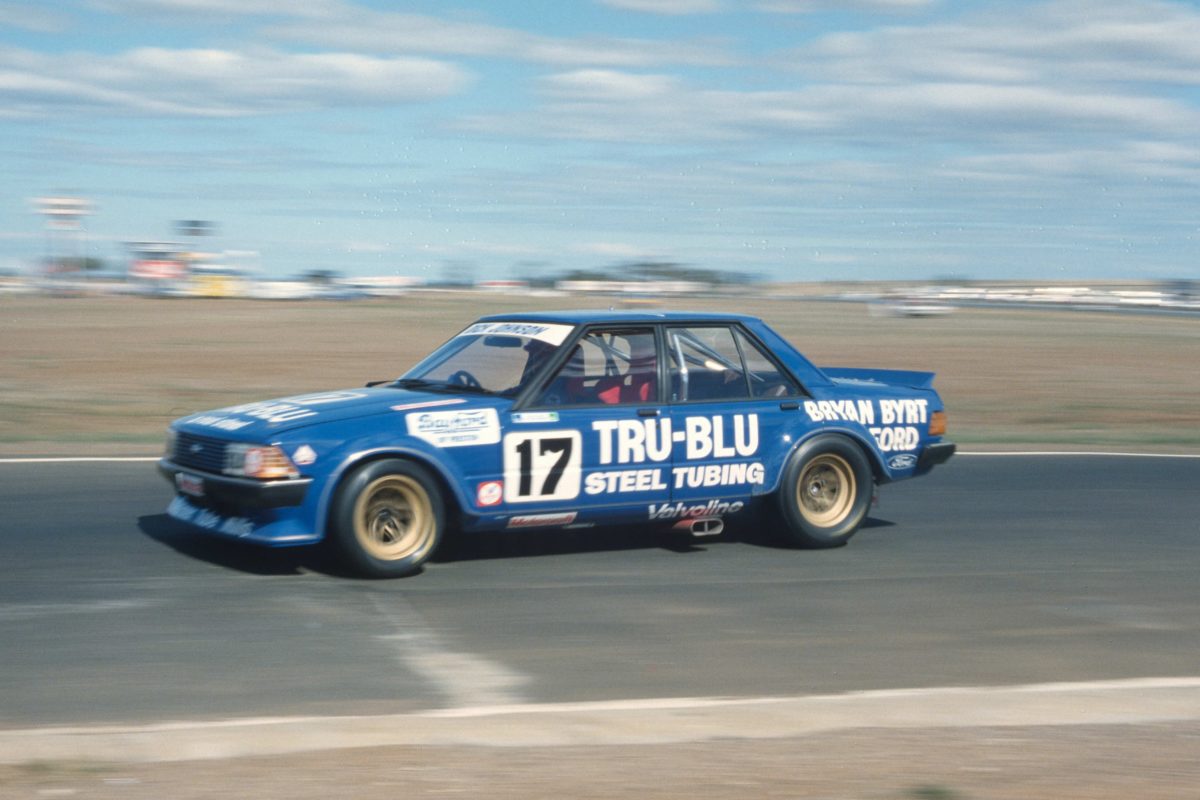 A new, limited edition collector’s book documenting the history of the cars of Dick Johnson Racing and DJR Team Penske has been officially released.

Over a year in the making, the officially-licensed Dick Johnson Racing/DJR Team Penske: 40 Years of Cars, 1980-2019 book captures the amazing history of the team via the racing achievements of its individual race cars, from the famous ‘rock’ Falcon XD of 1980 through to the Shell V-Power Racing Team Mustangs competing in the modern Supercars Championship.

Each of the 3000 books is individually numbered and signed by the three-time Bathurst 1000 winner Johnson.

With pre-ordered copies now being shipped, the book can be purchased directly from the V8 Sleuth Bookshop. 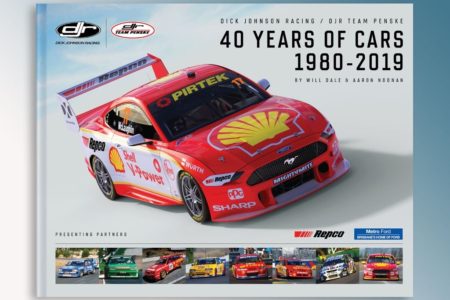 Written by award-winning journalists Will Dale and Aaron Noonan of v8sleuth.com.au, nearly 50 cars are profiled within the 400-plus-page book including detailed history information, comments and recollections from former team drivers and personnel, as well as comprehensive statistics.

The team’s Bathurst and Championship-winning cars feature prominently, each car’s racing history presented in a stunning layout along with a special focus placed on each car’s performances in the Great Race at Bathurst.

Previously unpublished photos covering the entire range of Falcons, Sierras and Mustangs raced by the team over the last four decades will also be a major highlight of the publication, including several rare photos provided by long-time fans of the team.

Officially licenced and endorsed by Dick Johnson, DJR and DJR Team Penske, the book is published by V8 Sleuth in association with Authentic Collectables, the official supplier of model cars and print memorabilia to DJR Team Penske.

“We had intended to have this publication released earlier this year, however we wanted this special book to be jammed full of rare photos and as many words as we could fit in there, hence it’s taken us a little longer to complete,” said co-author Noonan.

“The feedback from those that have received their pre-order copies has been off-the-charts.

“Fans have already been emailing and contacting us via social media – they’ve been in awe at the level of content, attention to detail and sheer quantity of archive imagery included.

“It’s what we pride ourselves on with projects like these – after the many, many months of hard work that sort of feedback is very gratifying and makes it all worthwhile.”

The new title follows V8 Sleuth’s well-received books that were released in 2018, one documenting the pictorial history of Ford at Bathurst and the other of Holden at Bathurst.

The DJR car history book is the follow-up to the sold-out, award-winning publication from 2017 from V8 Sleuth documenting the racing histories of every Holden Racing Team car.

CLICK HERE to visit the V8 Sleuth Bookshop to buy the DJR Car History book and a range of other publications.