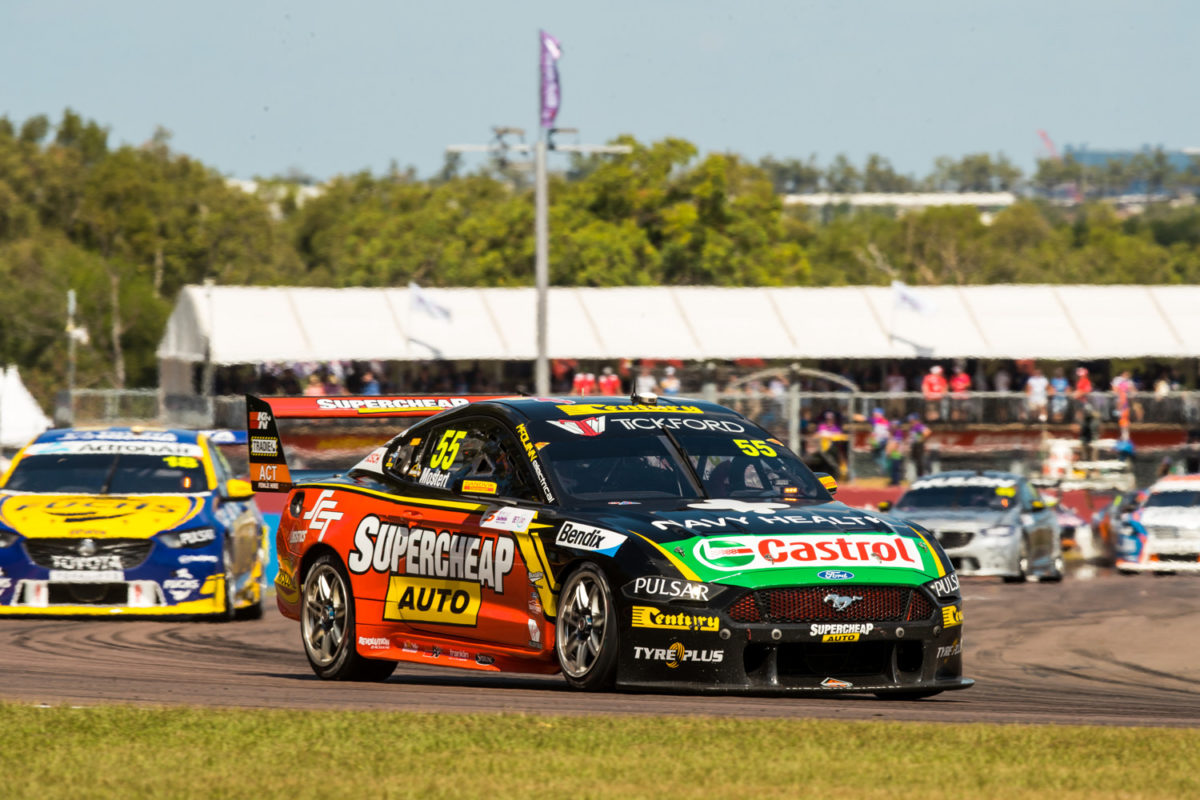 With some series already back and others having confirmed a return since the outbreak of COVID-19, Speedcafe.com presents the current state of play in Australia and the world.

The Virgin Australia Supercars Championship is back on June 27-28 at Sydney Motorsport Park.

That event, to be run in the daytime, is one of 11 still to come this season under a heavily revised calendar which has preserved most events and added a second visit to Mount Panorama.

While the Gold Coast 600 and Newcastle 500 are victims of the disruption for 2020, the Townsville event has been given a surprise reprieve, ensuring that the Sunshine State still features on the national tour.

Only the Supercheap Auto Bathurst 1000 has a confirmed format, being unchanged, but there is no word yet on how the Pirtek Enduro Cup will play out as a whole with most other events compressed to two days each.

The Dunlop Super2 Series has no confirmed return and there will be no supports at SMP, but Supercars CEO Sean Seamer advised of a gradual return in a recent update.

Formula 1 has all but settled on finally starting its season with rounds at Austria’s Red Bull Ring on the weekends of July 4-5 and July 11-12.

The championship would finish its European phase in Russia before moving to other continents.

The Dutch Grand Prix was not necessarily part of that planning, and its return to the calendar will have to wait another year having now been officially cancelled for 2020.

Dorna Sports is planning to hold grands prix at Jerez on July 19 and July 26 under a proposal awaiting a response from the Spanish government after getting approval at local and regional level.

That would mark the start of the premier class season, after Moto2 and Moto3 ran in Qatar in March, but any other races would only take place in Europe at least until November.

The Australian Racing Group’s Bathurst International event in November has lost its headline TCR enduro for its debut year due to travel restrictions but will still expand to four days to incorporate the rescheduling of the Bathurst 6 Hour.

ARG will put on two more events of its own in Tasmania in January 2021, meaning TCR’s season will finish with back-to-back rounds at Symmons Plains and Baskerville next year while S5000 will race at the former and run demonstrations at the latter.

Gulf Western Oils Touring Car Masters, another ARG property, also resumes at SMP in August and while the Bathurst International is currently its only visit to Mount Panorama, a place on the Supercheap Auto Bathurst 1000 support bill could still be restored.

The Formula Ford Association does not have a confirmed restart but has sought expressions of interest from competitors for national rounds at The Bend and Sandown in July.

Two rounds of the BFGoodrich Motorsport Australia Off Road Championship have been cancelled, including the blue riband Finke Desert Race, and another postponed.

While IndyCar has revised its calendar multiple times, Texas Motor Speedway remains the new season-opener on June 6, as a one-day meeting.

Another 13 races across 10 meetings are set to follow, including three separate visits to Indianapolis for a road course race, the 500, and another road course race respectively.

The Road to Indy series had been set to begin at Road America, but the postponement of that event to the old Toronto weekend in July means that the first Indianapolis weekend (July 2-3) would likely assume season-opening status.

Still listed as a ‘yellow flag’ month is July, when the championship was slated to visit New York City on the 11th followed by a double-header in London in the 25th and 26th.

Both venues had been the sites of temporary coronavirus hospitals and while the former’s is being decommissioned, the latter’s, in the ExCeL convention centre through which racing was to take place, has only been mothballed.

The next round on the FIA World Rally Championship calendar is that of Finland on August 6-9, after Kenya’s became the latest cancelled.

The FIA World Endurance Championship’s next race is still set to be the 6 Hours of Spa-Francorchamps on August 13-15.

The Intercontinental GT Challenge is now not set to resume until October 2-4 with the Indianapolis 8 Hour, following the cancellation of the Suzuka 10 Hours.

Formula Renault Eurocup is back on July 9-11 at Monza for the first of 10 rounds.

The W Series has not issued a new calendar at this time, consistent with the DTM, which the bulk of the all-female series’ season was to be a support act for.

GT World Challenge Asia has been snipped to five events, while maintaining 11 races, starting with Japan’s Autopolis on July 11-12.

The IMSA SportsCar Championship is currently set to resume at Daytona in July 3-4.

NASCAR got back underway earlier this month as part of an initial run of four races in 11 days, including two midweek affairs. A more conventional pattern of races up to June 21 was subsequently announced, with the Cup Series on each Sunday as well as one Wednesday night hit-out.

Series with no tentative calendars/events not included