Rossi sees only sadness when he retires

Rossi sees only sadness when he retires 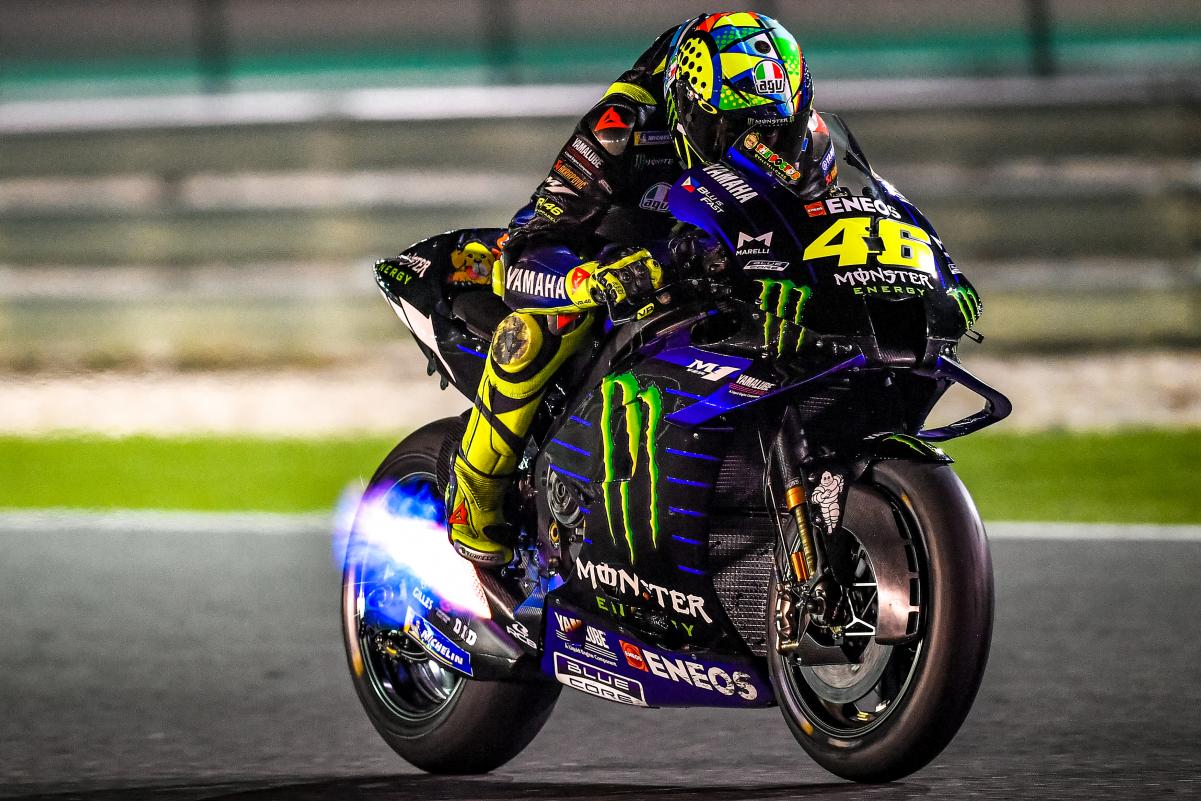 Valentino Rossi has admitted that he anticipates only sadness whenever he does complete his final race, and that retiring this year might even be easier given the absence of crowds.

Rossi’s ride at the factory Monster Energy Yamaha team will be taken next year by Fabio Quartararo after the seven-time premier class champion, who struggled in 2019, was unwilling to make a call on a contract before assessing his early season form.

Should the Italian continue in 2021, he will have effectively completed a direct swap with Quartararo by moving to Petronas Yamaha SRT, where he would still have full factory support.

Team Principal Razlan Razali recently declared that SRT expects Rossi to be competitive if he is to ride for the squad, telling MotoGP’s official website, “We don’t want Valentino just to finish off his career here with us.

“We don’t want it to just be a finale for him, we want him to do well and perform and be competitive and fight for the podium.”

Rossi insists that next year would not be a ‘farewell tour’ as it would be preferable to retire in 2020 if that was to be the case.

“I fully agree with what Razlan says about 2021 in Petronas and I don’t want to make it a year to say ‘ciao’ or (have a) farewell tour,” he told British network BT Sport.

“I read in the newspaper these words, a ‘farewell tour’. No, for sure, no, I will go to Petronas just if I think that I can be competitive, I can try to win races, I can try to fight for the podium.

“Because, sincerely speaking, to finish in this COVID scenario is also a positive thing because when I will stop, (it) will be a very, very sad day for me personally.

“I don’t see anything good, I don’t expect anything positive when I will stop.

“I just expect a big sad and a bad feeling, so if I can do like this without fans, without people around, for me maybe it’s also more easy,” he added with a laugh.

Asked to clarify if that meant he is ‘scared’ of retirement, Rossi said that he would still be able to enjoy life but reiterated his lament at not racing again.

“But, I think that day or that week that I know that will be my last grand prix, will be sad and difficult to approach, or difficult to accept, for me, because I love racing and it is my life for more than 20 years, but I’m not scared.

“I discover in this period – maybe I already know before – but I am sure that I can enjoy (myself) anyway.”

Rossi had already conceded that his decision will have to be made before any racing takes place this year due to the disruption caused by the COVID-19 pandemic, and has now forecast that it will come sooner rather than later.

“In the coming weeks, I’ll be able to reach my decision. It’ll be very soon.”

The first premier class races of 2020 will be held at Jerez on July 19 and July 26 if Dorna Sports’ plan for those rounds is granted Spanish government approval.