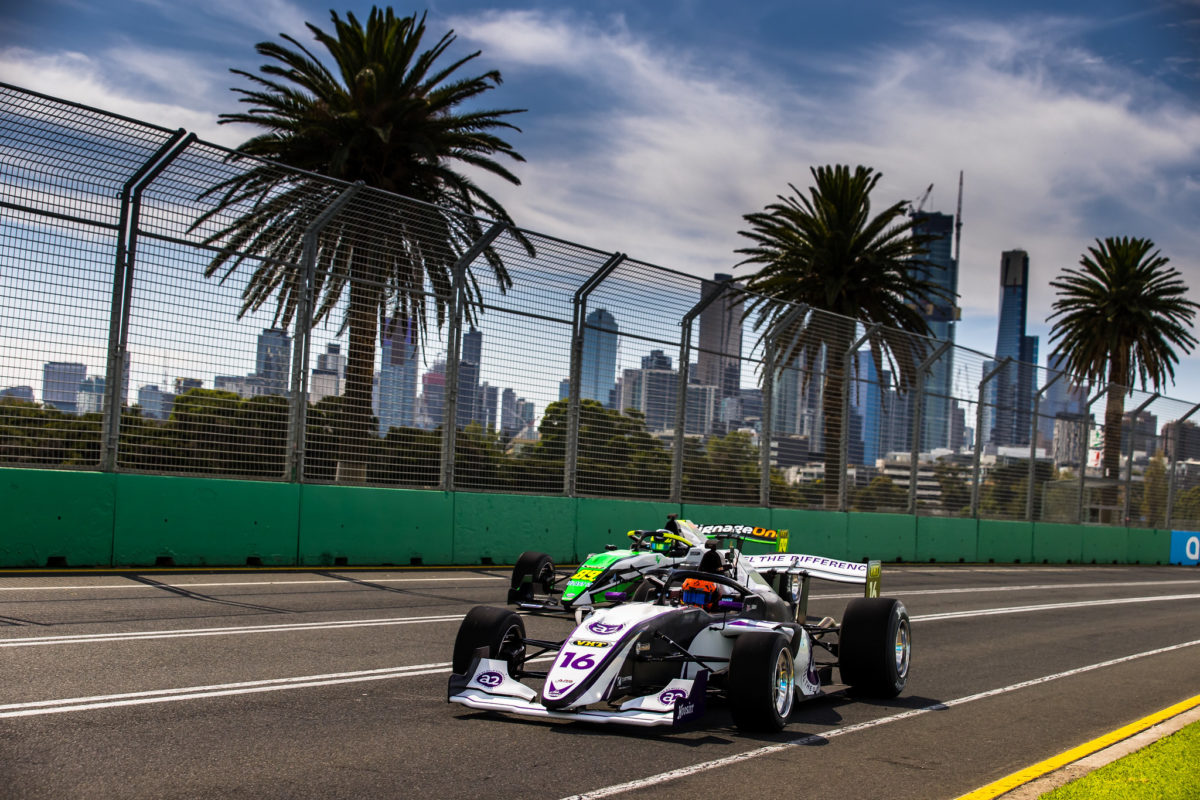 The FIA is expected to soon formally grant permission for the S5000s to race at Bathurst ahead of the category’s inaugural visit in November.

Mount Panorama is due to host the penultimate round of the first full season of the VHT S5000 Australian Drivers’ Championship under the Australian Racing Group’s revised 2020/21 calendar.

However, that appearance, at the new Bathurst International event, still requires approval from the world governing body given the weight/power ratio of the cars and the circuit’s grading.

ARG Director Matt Braid is confident of that approval, telling selected media including Speedcafe.com, “S5000 will be running at Bathurst.

“We’ve got confirmation from Motorsport Australia and that’s been in place for some time now.

“The cars’ll definitely be running at Bathurst and they are approved to run at Bathurst.”

Speedcafe.com has sought clarification from Motorsport Australia, which confirmed that the matter has gone before the FIA, and a decision is expected shortly.

“We’ve worked closely with Matt and the team at ARG to allow S5000s to race at Bathurst as part of the upcoming Bathurst International and a lot of work has been carried out by all parties,” said Michael Smith, Motorsport Australia’s Director of Motorsport & Commercial Operations.

“While the decision still needs to be formally approved by the FIA, we expect these final approvals to come in the very near future.”

Motorsport Australia had been working with the FIA regarding S5000 since well back into last year, although a decision was not expected quickly given ARG’s Bathurst events were not set to take place until April (Bathurst 6 Hour; event since cancelled, race postponed) and November or December.

Assuming that the open-wheelers are allowed to race at Mount Panorama, Braid has forecast a field of 12 to 14 cars.

The final figure will depend, in part, on how many extra local entrants may step up to fill the places left by international drivers who may not be able to attend due to travel difficulties caused by the COVID-19 pandemic.

“We’ve got 14 cars available and we had two and potentially up to four internationals that were looking to come out for that event,” Braid explained to selected media.

“Our view now is that obviously they’re looking unlikely and even though we’re in contact with them on almost a daily basis and they’re chomping at the bit to come out – and who wouldn’t, really, to race those cars at Bathurst? – I think logistics and the restrictions will probably beat us.

“In saying that, from our point of view we’re probably looking at 12 cars as the logical number if we take out two for those wildcards that are probably not going to eventuate.

“It could be as high as 14 if we get some other local entrants that want to participate but, realistically, I think 12 cars would be the likely number.”

S5000 will share the billing at the Bathurst International with a sprint round of TCR Australia, the rescheduled Hi-Tec Oils Bathurst 6 Hour race, a round of Gulf Western Oils Touring Car Masters, the Holden Bathurst Revival, and potentially other series.

The event was to have been headlined by a two-driver TCR enduro, a concept which fell victim to the pandemic due to its international nature but which ARG hopes to stage in 2021.

Demonstrations at Baskerville Raceway on January 30-31