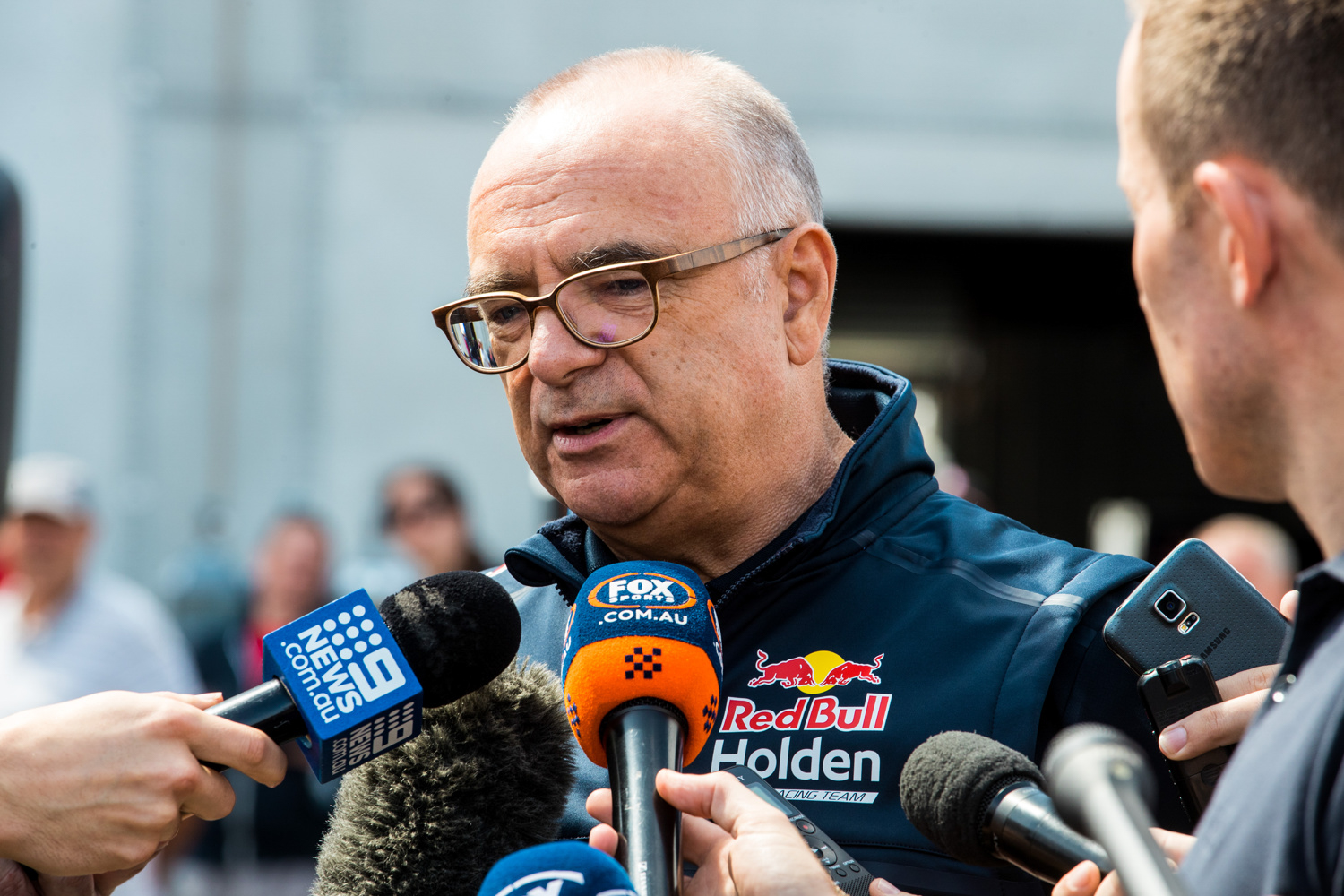 Red Bull Holden Racing Team boss Roland Dane says Supercars would be “crazy” not to try and cut costs in the wake of the coronavirus pandemic.

Supercars’ teams have been hit hard throughout the COVID-19 crisis, the most significant shift being that of 23Red Racing and Will Davison departing the grid.

Supercars category management were furloughed in April as a result of the halt in play that began in mid-March.

Speaking with Speedcafe.com, Dane said he hopes changes will be made soon to curb the economic impact of the pandemic and keep teams in the sport.

“We’d be crazy if we didn’t try and cut the costs out that we can,” said Dane.

“Each team has to make its own mind up as well whether it stacks up for them and then if it does, on what basis? How many people do you have? Et cetera.

“We’ve all got to make those calls ourselves. If we think that it doesn’t stack up for us then we won’t be there.

“Hopefully there will be enough people that it stacks up for.”

The Virgin Australia Supercars Championship will make its long-awaited return to racing at Sydney Motorsport Park on June 27-28.

However, it will likely look a lot different compared to when the season was put on hold at the ill-fated Melbourne 400.

It’s expected teams will be limited to 13 essential crew across two cars, meaning team owners are unlikely to attend.

Supercars management, select television crew, and officialdom are also expected to work remotely during the event.

The reduction in personnel allowed at Sydney Motorsport Park will not only fulfil coronavirus safety requirements, but it will also cut the cost associated with having crews onsite.

Dane said the most significant cost for teams lies in human resources required not only to run cars but also to remain competitive.

“They come from then the number of rounds that you do and the logistics and direct costs that go with that. If you take more people, it costs more money.

“It’s really the peer pressure of having to have enough people. If you have too many events with short turnaround times and very intense timetables when you’re there, you need more people just to get the job done and not to have all your people heading for the door because the job becomes too onerous. There’s a balance there.”

Supercars calendar currently comprises 13 events – down from the originally scheduled 14 – and will stretch into 2021.

The penultimate round will take place in New Zealand pending the establishment of a trans-Tasman travel bubble.

The season will then be completed with a second round at Mount Panorama in New South Wales to fulfil government contract obligations to end the season in the state.

Dane believes a recession is looming, which the modern era of Supercars hasn’t had to face in its current guise.

The team principal believes Supercars should look to the likes of the British Touring Car Championship and DTM, both of which cut costs by reducing the number of events per year.

BTCC regularly ran 13 events and the addition of non-championship rounds in the late 1990s but hasn’t more than 10 rounds per year since the early 2000s.

Over the past decade, the number of Supercars events has fluctuated between 14 and 16 events per year.

“If you look back in history, the current (Supercars) formula has never had to endure a recession, but other formulas around the world have had to,” he said.

“When BTCC had to take a step back from 13 to 14 events a year – we had non-championships events as well sometimes – they took a step back to 10 to survive.

“Somewhere, as I say, there’s an underlying issue in Australia because the vast majority of people working have never suffered a recession.

“They’ve never had to take a step backwards. There hasn’t been one for 30 years. Therefore, there’s somewhat a lack of facing the reality of this.

“There’s undoubtedly going to be a recession, nobody knows the full effect of it, but it will have an effect on all sporting codes in Australia. It’ll affect the income of all those codes.

“We need to be able to cut our cloth to suit. That’s going to mean some changes.”

Dane believes changes will likely come this season, however, he worries about the state of the championship when the government initiative JobKeeper ends in late September.

“I think the most challenging time for the category is going to be the last quarter of this year as things like JobKeeper finish, as things like holidays for teams that owe money to banks finish, as concessions from the ATO or State Governments start to wind backwards, then you’re going to see where we sit not just in Supercars but in the economy generally.