Australian MotoGP round called off for 2020

Australian MotoGP round called off for 2020 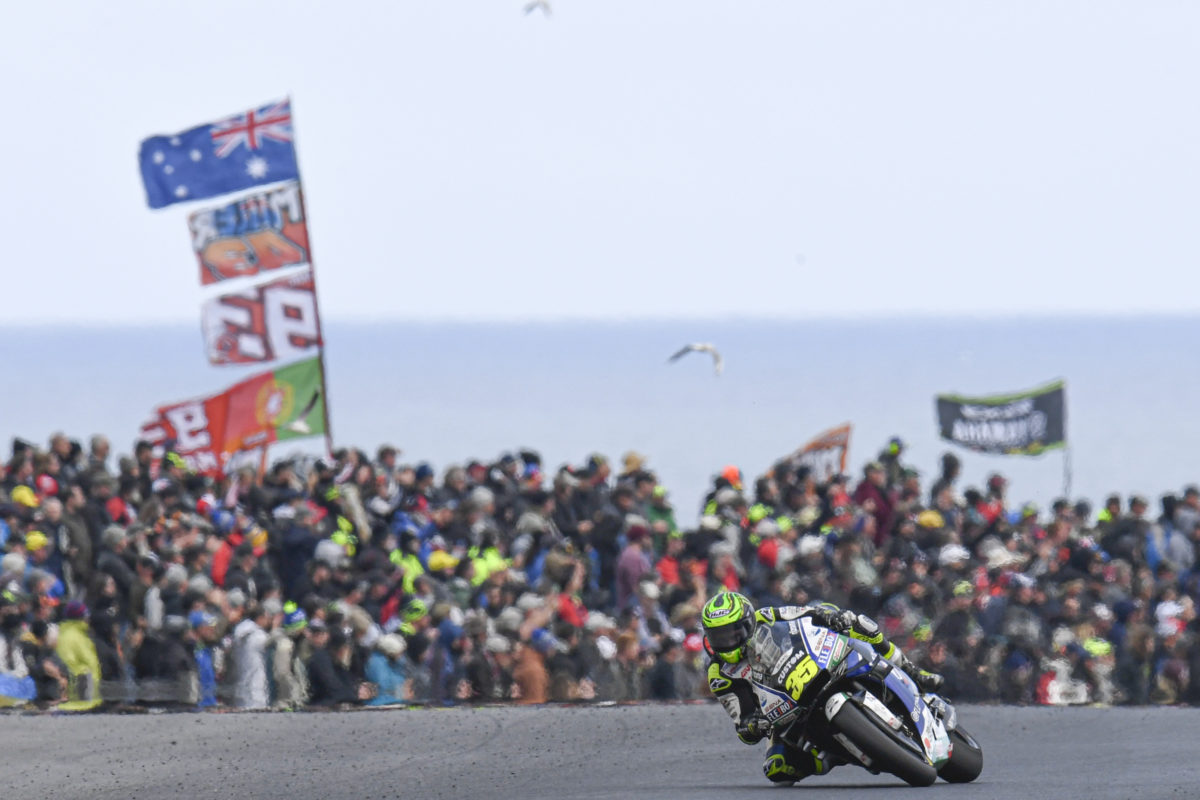 The cancellation of this year’s Australian Motorcycle Grand Prix has been confirmed.

Phillip Island was to have hosted the MotoGP World Championship on October 23-25 but has now been dropped from the calendar due to restrictions caused by the COVID-19 pandemic.

In announcing the news, the Australian Grand Prix Corporation has advised that full refunds will be issued to all ticket holders.

“We’re very disappointed that MotoGP fans throughout Victoria, Australia and internationally won’t get the chance to make the pilgrimage to see the world’s best riders compete on one of the best circuits anywhere in the world, but the right decision has been made,” said AGPC Chairman, Paul Little.

“The Australian Motorcycle Grand Prix puts Phillip Island on the global stage and it’ll be back better than ever in 2021.”

The event had been in doubt for some time, with Dorna Sports CEO Carmelo Ezpeleta stating in April that MotoGP season would ‘concentrate’ on Europe, then that any non-European races would not be held until during or after November.

He subsequently revealed that the Asian races which Phillip Island would ordinarily fall between will only go ahead if crowds are allowed, while Australia’s external borders are closed indefinitely.

“We’re saddened to have to announce the cancellation of this iconic event after finding no way through the logistical and operational issues resulting from the pandemic and rearranged calendar,” said Ezpeleta.

“Phillip Island is always one of the most thrilling race weekends of the season, never failing in its promise to deliver some of the closest racing in our Championship.

“On behalf of Dorna, I would like to once again extend my thanks to the fans for their understanding and patience as we wait for the situation to improve.

“We look forward to returning to Phillip Island next year for more incredible battles.”

Jack Miller, who finished on the podium on home soil for the first time last year and won the Moto3 race at Phillip Island in 2014, also expressed his disappointment at the news.

“It’s a massive shame to not be able to race at home this year, but I completely understand that in these uncertain and difficult times tough decisions have to be made,” said the new Ducati Team signing.

“Phillip Island is always one of the highlights of the year for all of us riders because of the amazing fans and how much we all love the track.

“We’ll all be excited to get back there for 2021 and I’ll be doing everything I can to get back on that podium again.”

Mick Doohan won the Australian Motorcycle Grand Prix twice at Eastern Creek (now known as Sydney Motorsport Park) and again in 1998 after its return to Phillip Island, and is now an AGPC board member.

The five-time 500cc world champion added, “Phillip Island is renowned for hosting the MotoGP, along with some of the best racing on the calendar every year, but unfortunately due to COVID-19, this year will be the first year since 1997 it hasn’t been held.

“The race will return in 2021 and provide an opportunity to make it one of the biggest and best attended MotoGP events we’ve seen, plus watch Miller take the win.”

Phillip Island hosted Australia’s first grand prix world championship round in 1989 and had been on the calendar continuously since 1997 after six years in Sydney.

While Moto2 and Moto3 still raced at the original 2020 season-opener in Qatar in March, the premier class season would finally kick off with consecutive rounds at Jerez on July 19 and July 26 if the Spanish government approves Dorna’s proposal.

Cancellation of the British round was announced in conjunction with that of Australia’s.