Miller ‘stoked’ to be Ducati’s pick to take on Marquez

Miller ‘stoked’ to be Ducati’s pick to take on Marquez 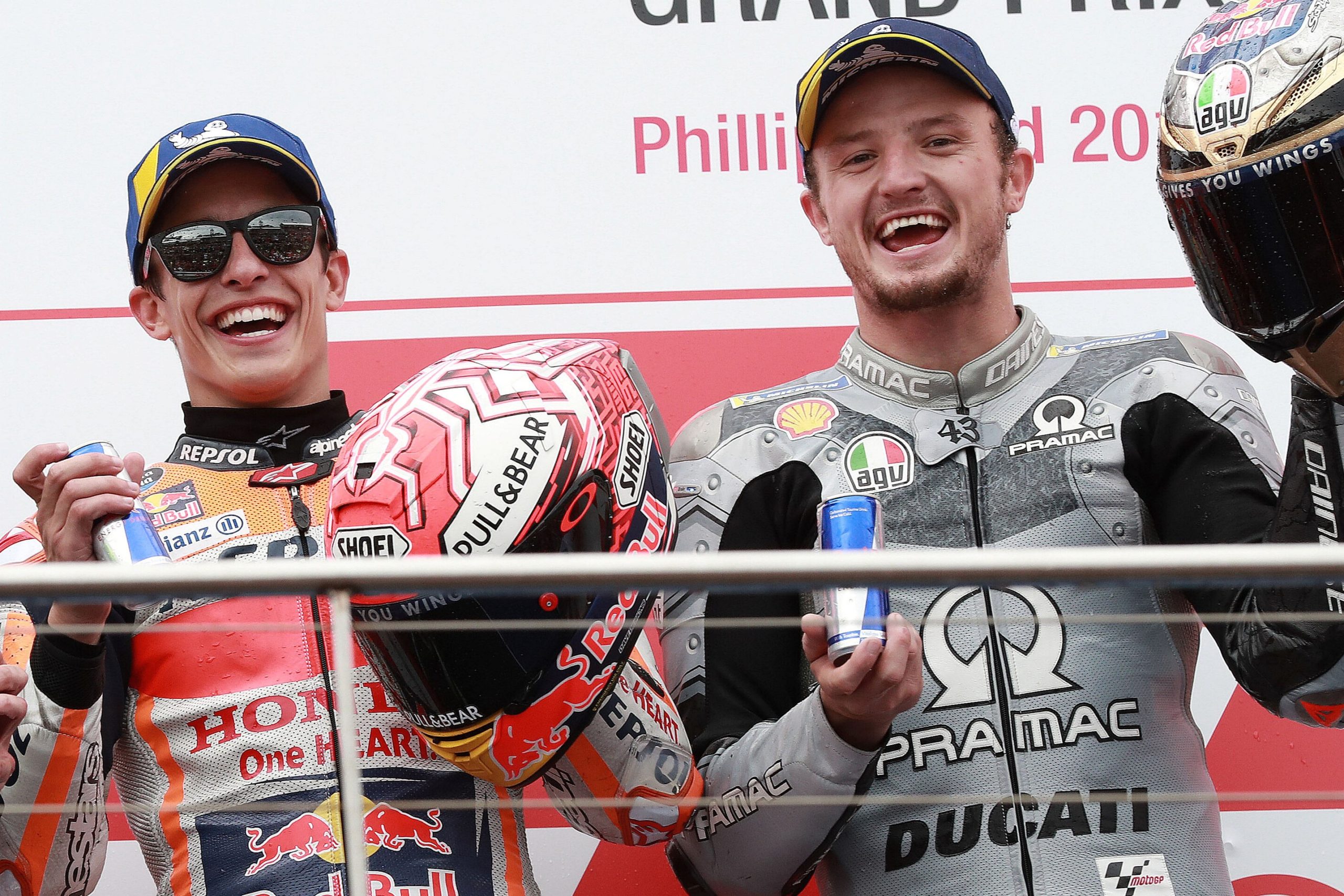 Jack Miller says he’s “stoked” that Ducati sees him as its next rider to take on six-time MotoGP champion Marc Marquez.

This week it was confirmed Miller will be promoted from the Pramac to the factory Ducati outfit and is the team’s first signing for the 2021 season.

The one-time grand prix winner said he anticipated a shake-up in the driver market as teams look to beat Marquez, who has won the last four titles for Honda.

Miller said a changing of the guard is underway in MotoGP as the likes of Valentino Rossi, Jorge Lorenzo, and Dani Pedrosa make way for the next generation of riders.

“Yamaha have Maverick (Vinales) who is my age, Suzuki have Alex (Rins) and Joan (Mir),” wrote Miller in his blog.

“And I was hoping Ducati would see me as their young guy who has been around for a while but is still pretty young to get into that conversation.

“Marc is the benchmark, so the main goal for all of the other factories is to get somewhere close to him.

“For me, the big switch-up was Yamaha bringing in Fabio (Quartararo) for next year to replace Rossi.

“It was an inevitable decision but one that had to be done, but for them to actually do it was a different thing because, I mean, it’s Rossi.

“I’m stoked that Ducati sees me as their guy in that age range to try to fight amongst ourselves and hopefully with Marc in years to come.”

As yet, Miller hasn’t turned a wheel in anger this year with the MotoGP season on hold due to the ongoing coronavirus pandemic.

In what he described as “a strange old year”, Miller said he’s elated to have his immediate future secured with Ducati.

“I always had dreams of becoming a fully-fledged factory rider,” Miller wrote.

“Fair to say I didn’t think it would happen with me sitting at home in Townsville having not raced for six months, but 2020 has been a strange old year.

“But it’s done, and having my 2021 plans sorted out so early is so exciting with what I’ll be doing, and in many ways a dream come true for me.

“When I got to MotoGP in 2015, this is what I was always chasing, so to have it actually happening is a bit surreal. But it’s the reality, and it feels bloody good.”

Now 25 years old, Miller has one top-flight MotoGP win to his name.

His signing comes off the back of a strong season in 2019, which saw him claim five podium finishes, all third placings, on his way to eighth in the standings.

Miller said the signing is what he’s been working towards his entire life.

“To sign with a factory and be a fully-fledged factory rider is something you put in your mind as long-term goal when this all started,” he said.

“To be there; it’s so exciting and a little bit unreal in some ways, but shows you that all the hard work and sacrifices everyone who has helped me to get there was worth it.”

Miller paid tribute to Ducati and Pramac, describing his development on- and off-track.

“Me wanting a full factory ride with them has been on my mind since I joined in 2018, it was always the goal,” said Miller.

“When you’re on one-year contracts like I always have been, it’s something you’re striving for, and they helped to bring me along.

“The last two years with Pramac, I’ve learned a lot about myself as a person, as a rider, about everything to do with the sport really.

“They’ve helped me to become a more complete rider and person and I’ve loved the time they’ve spent investing in me.

“It’s made me hungrier than ever to keep getting better and making the most of that.”