TCR/Trans Am at Baskerville a big deal for Bowe

TCR/Trans Am at Baskerville a big deal for Bowe 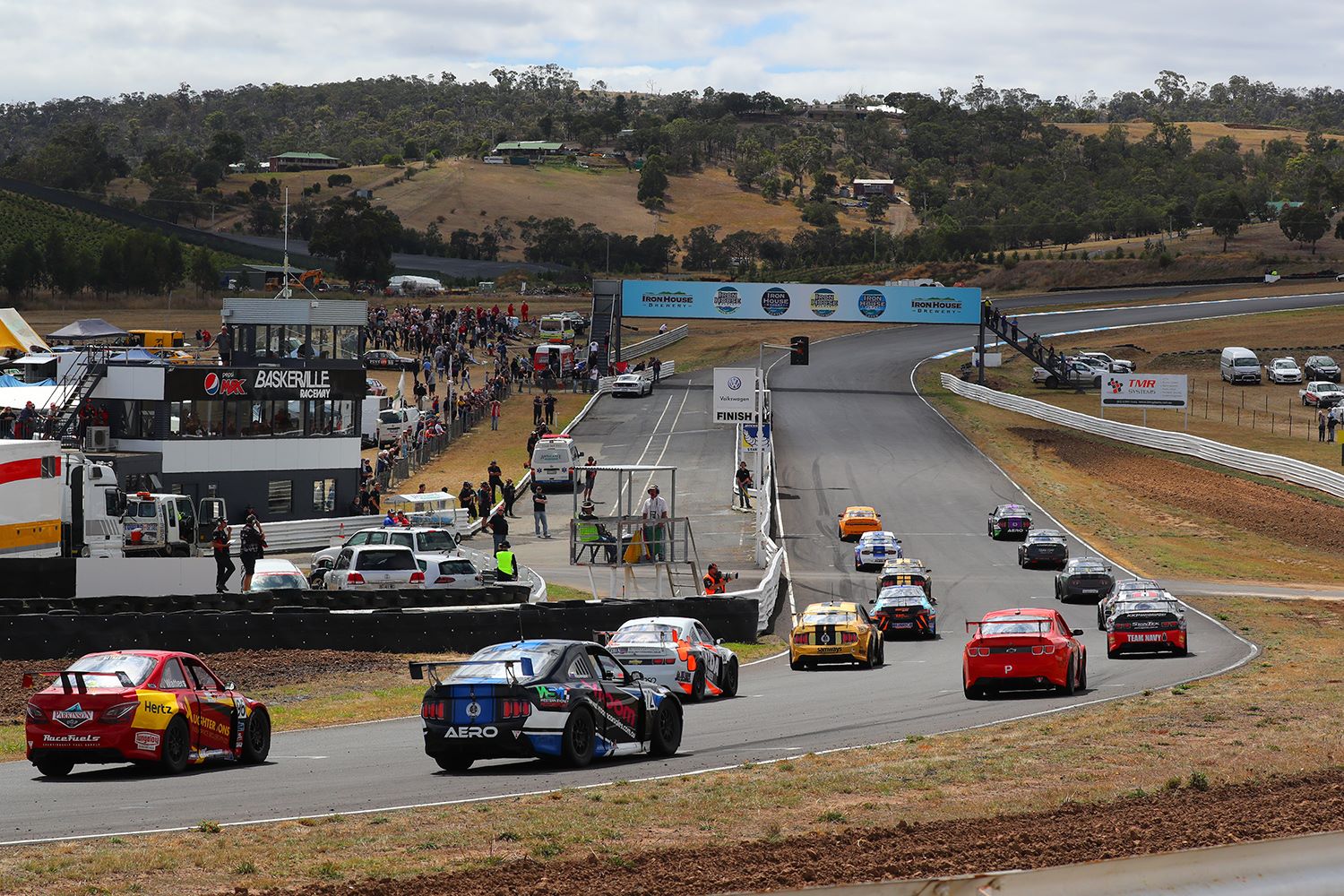 John Bowe says the return of top-flight racing to Baskerville Raceway is a major coup for Tasmania.

The TCR Australia Series is set to headline the Apple Isle double-header at Symmons Plains International Raceway and Baskerville in late January next year. National Trans Am will also see out its season at the circuits.

The VHT Australian S5000 Championship, which recently received Gold Star status, will conclude its season at Symmons Plains with demonstration runs to take place at Baskerville.

Bowe was part of the Gold Star field that raced at the two tracks on back-to-back weekends in 1980, which comprised Formula 1, Formula 5000, and Formula Pacific cars.

That year Alfredo Costanzo won the Australian Drivers’ Championship title in a Lola T430, but Bowe beat him on home soil in an Elfin MR8, winning at Symmons Plains and claiming second at Baskerville.

Dubbed the ‘Festival of Motorsport’, Bowe hopes the back-to-back events will bring back the atmosphere that surrounded the events of the 1980s.

“We did street parades and handed out apples. I did two full seasons of Formula 5000 and it was, without doubt, the highlight of all those race meetings I did down there.

“It was just really good. Fast cars and good tracks and really engaged followers. People get right into it.

“You only have to look at the attendance of the Supercar events down there. For the population of the state, they get fantastic crowds.

“Tasmanian motorsport followers per capita are probably the strongest in the country. A lot of outlying places don’t get that many top events.”

Nowadays, the circuit primarily hosts historic race meetings. However, in 2018 the Aussie Racing Cars held a one-off event at the track.

The circuit holds a special place in Bowe’s heart, racing at the circuit throughout his formative years and during the height of his career.

“I’ve been going to Baskerville since I was a baby, so I’ve got very fond memories of it,” said Bowe.

“A lot of people have fond memories of their home tracks but most of them haven’t survived.

“Oran Park has gone, Amaroo has gone and Lakeside is in limited use. Mallala in South Australia is still operating, which is great, thanks to the Shahin family.

“A lot of these old places have not stood the test of time, but Baskerville has survived.”

Bowe said credit should be given to the Australian Racing Group and the other parties involved for bringing the categories to southern Tasmania.

Symmons Plains Raceway will host the first leg of the Tasmanian double on January 24-26 before the Baskerville Raceway weekend on January 30-31.