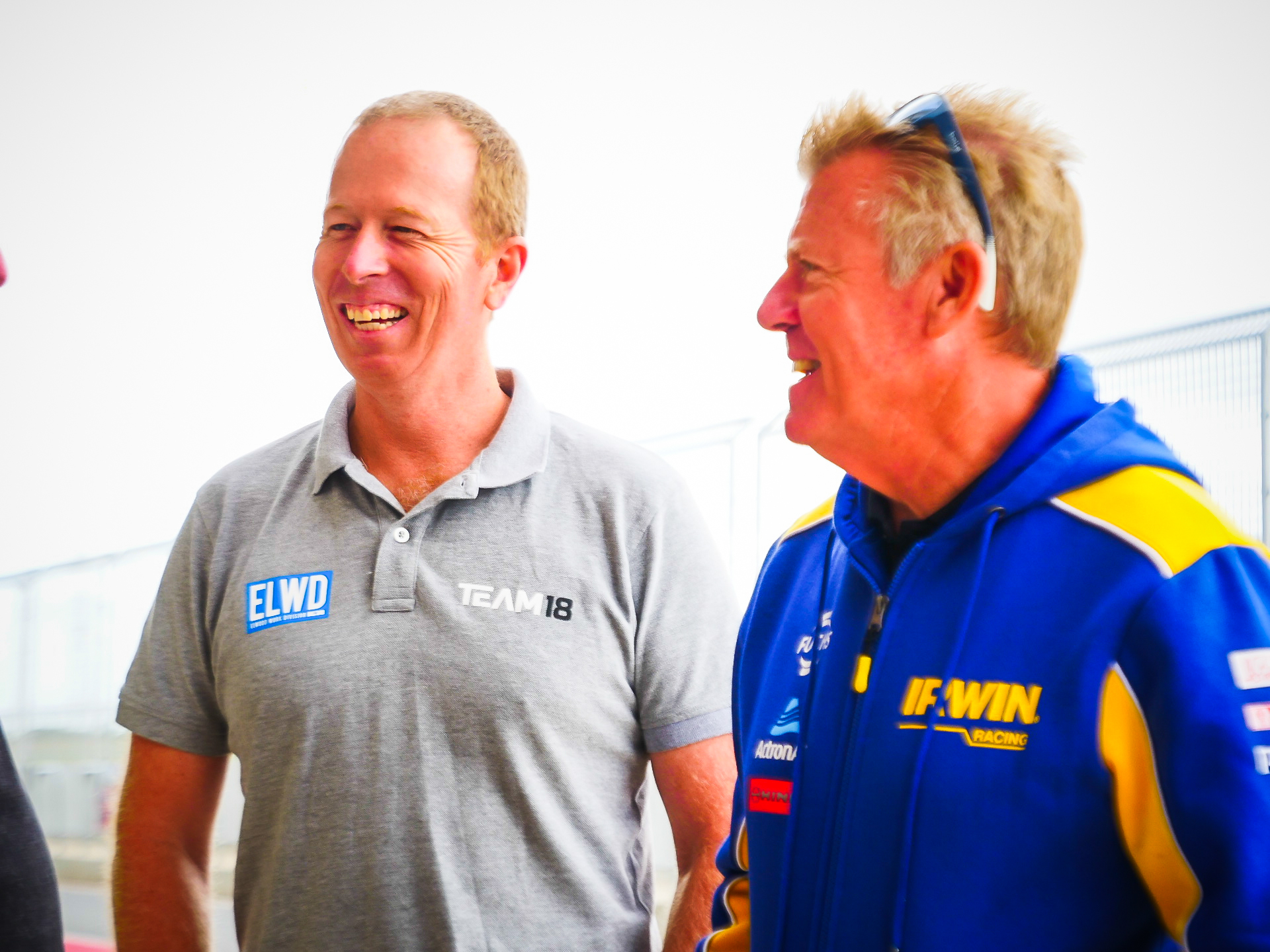 Richards is the latest victim of the COVID-19 pandemic which has taken a major toll on the motorsport and business landscapes across the world.

Having co-driven with Mark Winterbottom in the Pirtek Enduro Cup last year, Richards officially retired from Supercar competition in December to take up a role as Relationship Manager for Team 18.

Unfortunately, that contract has been dissolved as part of a restructure at the Melbourne-based operation.

Every Supercars team has had to make major readjustments during the downturn with Phil Munday’s 23Red Racing closing its doors earlier this month.

Richards has been working casually at a local injection moulding company in Melbourne and on the sales side of a friend’s hand sanitiser business to help pay the bills.

“It’s not the most ideal position to be in, but that’s the nature of what we are all facing,” Richards told Speedcafe.com, who has been one of the most resilient racers in Australian motorsport for more than 20 years.

“I really had thought I had found my dream job after retirement as the Relationship Manager for Team 18, but COVID-19 hit and everyone has been blindsided through no fault of their own.

“I totally understand Charlie’s position given the current landscape.”

Schwerkolt told Speedcafe.com that the decision to cut Richards and other staff members was “really tough”.

“We put ‘Richo’ on to help me look after the commercial partners of the team,” said Schwerkolt.

“He really is a fantastic guy and a great operator, but unfortunately we had to stand a few people down and he was one of them.

“There’s no issue with him personally, but obviously the funds have dried up a little bit and we’re not racing.

“You’ve got to look at your costs and what comes in the door, and be sustainable and survive.

“It was really sad and a really tough decision to make, but we’re still good mates and hopefully we can get Richo back on board at some point.”

A revised Supercars calendar was announced last week, but at this stage, the Bathurst 1000 is the only event that has been confirmed as a two-driver endurance race.

USA-based Alex Premat, who won the Bathurst 1000 last year with Scott Mclaughlin, has been confirmed at Tickford Racing. However, his travel plans are a moving target due to government restrictions.

“There is no doubt that the world is going to be a different place once this is all over,” said Richards.

“Just how different when it comes to things like co-driver rides I guess we are about to find out.

“Obviously the majority of the co-driver seats are taken at this point, but I am putting my hand up for anyone that might want to have a chat.”

Schwerkolt confirmed that both his co-drivers were in place for 2020 with James Golding teaming with Mark Winterbottom in the Irwin entry and Dean Fiore with DeWalt-backed driver Scott Pye.

“Both our co-drivers are locked away,” Schwerkolt confirmed.

“James (Golding) is actually doing a wildcard in the Eseries tonight and I think he’s really excited to do that and ‘Deano’ (Fiore) is working in his family property business at the moment.

“We’re not sure how many enduros there will be at this stage, but both our guys are good.”

Richards, 47, has made more than 450 Supercar starts including five victories at the Bathurst 1000.

The son of the great Jim Richards had his first Bathurst win in 1998 alongside Jason Bright at Stone Brothers Racing before going on to win the race the following season with Greg Murphy at Gibson Motorsport.

Richards was always going to be a valuable enduro commodity after his full-time Supercar career finished.

He proved his value by winning the Great Race a further three times in 2013 with Mark Winterbottom and then with Craig Lowndes in 2015 and 2018.