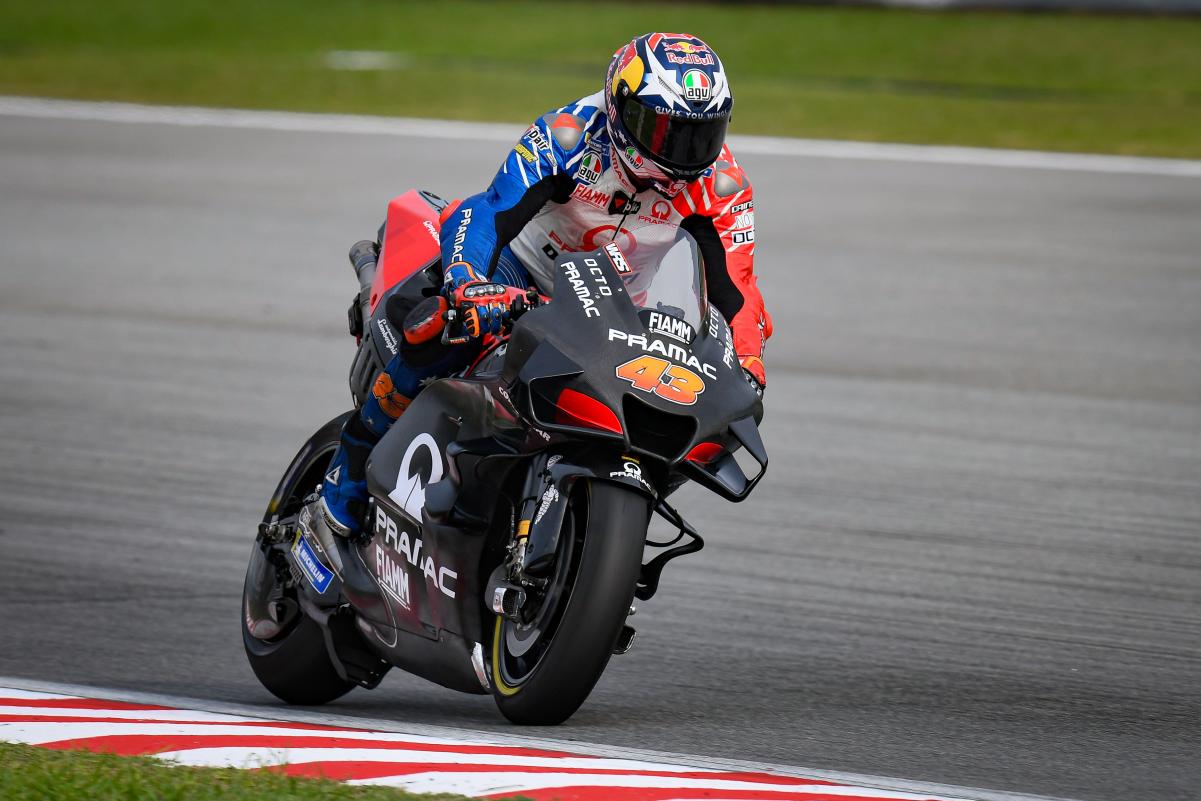 Jack Miller will ride for Ducati’s factory team in 2021 under a one-year deal with an option for 2022.

The promotion comes after three years, including the yet-to-begin 2020 MotoGP season, with its senior satellite team, Pramac Racing.

Miller was already contracted to Ducati but is the first rider it has confirmed for 2021.

“First of all I want to thank warmly Paolo Campinoti (company CEO), Francesco Guidotti (Team Manager) and all the Pramac Racing Team for the great support I have received from them in the two-and-a-half years spent together,” said the Australian.

“It is an honour for me to be able to continue my MotoGP career with the Borgo Panigale manufacturer and I would like to thank all the Ducati management, Claudio (Domenicali), Gigi (Dall’Igna, Ducati Corse General Manager), Paolo (Ciabatti, Sporting Director) and Davide (Tardozzi, factory Team Manager), for having trusted me and given me this incredible opportunity.

“I look forward to starting riding again this year, and I am ready to fully commit to the responsibility of being an official Ducati rider in 2021.”

Domenicali, Ducati Motor Holding’s CEO, added: “Since he arrived in the Pramac Racing Team, Jack has grown steadily, proving himself one of the fastest and most talented riders in the championship. So we are happy that he has agreed to ride the official Desmosedici GP bike of the Ducati Team next year.

“We are convinced that Jack has all the right skills to fight continuously for the positions that matter, in every race, starting already this season with the Desmosedici GP20 of the Pramac Racing Team, and taking a further step forward next year thanks to the support of the Ducati Team.”

While the 25-year-old has only one premier class race win to his name, his performances and consistency have steadily improved in recent times.

His maiden victory came aboard a Marc VDS Honda in a rain-interrupted affair at Assen in 2016, but he had to wait until last year to grace the MotoGP podium again.

Miller quipped that his second rostrum finish of 2019 was a “real podium” after inheriting a spot due to a crash up the road for Marc Marquez in the United States, seven races earlier.

He racked up three more third placings during the campaign, all in the final six races, namely at Aragon, Phillip Island, and Valencia.

That run of form and the concurrent slump for the Ducati Team’s Danilo Petrucci, who took a maiden victory in Round 6 at Mugello, led to rumours that the Italian would be swapped with his former team-mate in the off-season.

While that never came to pass, Miller’s rise to the factory team is somewhat remarkable in so much that his place even at Pramac had been under threat less than 12 months ago from a possible return to Ducati for Jorge Lorenzo.

The Australian was ultimately renewed and the Spaniard would instead retire from racing but reunite with Yamaha as a test rider.

Yamaha also re-signed Maverick Viñales while Suzuki renewed Alex Rins, both of whom were Ducati targets for 2021 and 2022.

Australians collectively have a decorated history with the Bologna marque, highlighted by Casey Stoner’s status as the only rider thus far to have won a MotoGP championship with Ducati.

Troy Bayliss’ three Superbike World Championship crowns were all achieved on red bikes, as was his victory in the 2006 MotoGP season finale when he was standing in for the injured Sete Gibernau.

Miller’s team-mate beyond 2020 has not yet been locked in, although the contenders, at least in theory, should be current factory team riders Andrea Dovizioso and Petrucci, Pramac’s Francesco Bagnaia, and Reale Avintia’s Johann Zarco.

Petrucci’s manager, Alberto Vergani, has identified Dovizioso as the overwhelming favourite and was already all but resigned to his client losing his seat before Miller’s confirmation.