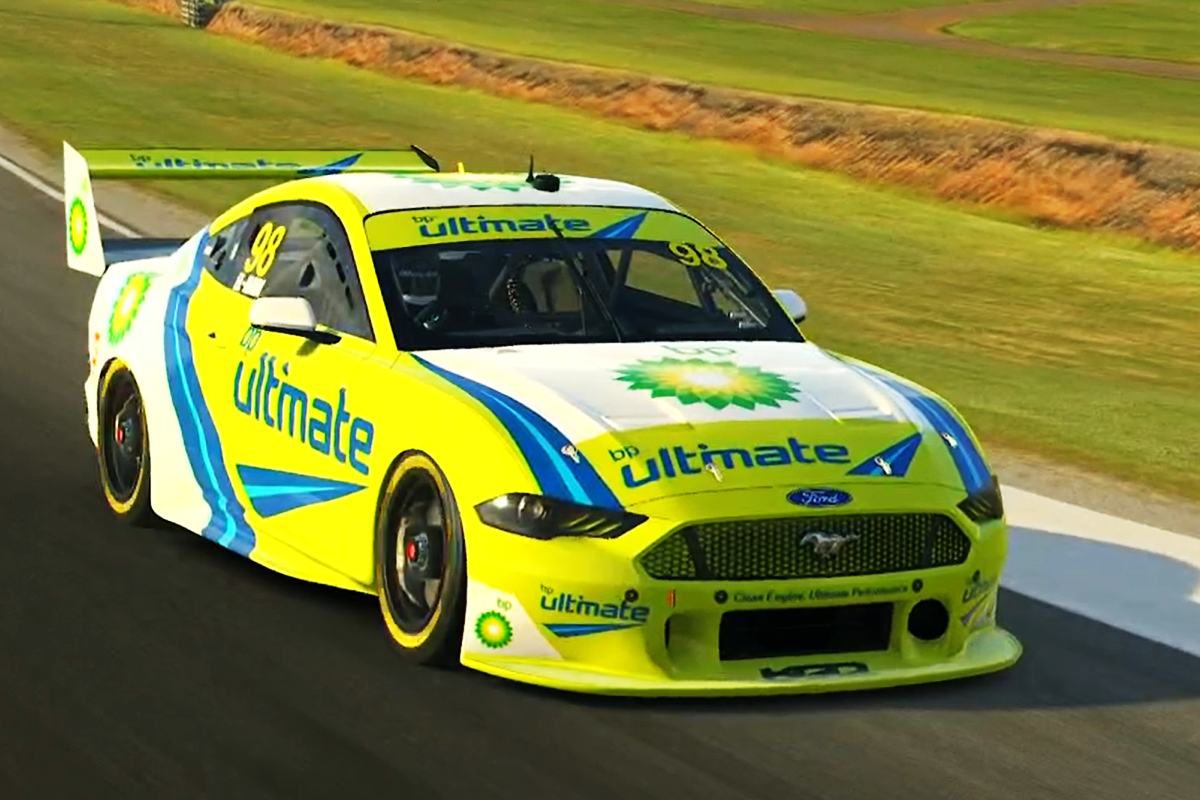 The Penrite Racing driver topped the timesheets in the opening qualifying session of Round 8 at Interlagos before the experienced sim racer El-Nabi got one back in the second hitout.

Fawzan El-Nabi will start the opening race of Round 8 in the BP Supercars All Stars Eseries at Phillip Island from pole position.

Van Gisbergen was quickest initially with a 1:27.402 to be a tenth and a half clear of De Pasquale following the first flying laps.

Mostert demoted McLaughlin at the nine-minute mark, but no one could threaten the top time by van Gisbergen initially.

Ultimately, El-Nabi couldn’t be beaten and claimed pole position in his Eseries debut.

In second was van Gisbergen with De Pasquale, Mostert, and McLaughlin the top five.

Anton De Pasquale will start the first of two races at Interlagos from pole position for Penrite Racing.

Mostert set the pace on a 1:31.379 and was closely followed by van Gisbergem who sat 0.062s adrift of the top time early on in proceedings.

McLaughlin was quick early on too, but was baulked by Bryce Fullwood who made a mistake on his first flying lap. The Kiwi fell 0.246s shy of top spot.

De Pasquale demoted Mostert with a 1:31.343 as the session hit the quarter mark. However, van Gisbergen came straight back with a 1:31.272 to edge ahead.

The top five continued to trade times. De Pasquale bettered the benchmark on a 1:31.184, then Mostert surged to third place to be 0.010s clear of El-Nabi.

El-Nabi got to second, again falling just shy of the top time by 0.015s.

McLaughlin improved his time with a little under two minutes to go, but couldn’t move up the order. Still, he sat two and a half tenths away from pole position.

Ultimately, the top five positions stayed the same. De Pasquale claimed pole position on a 1:31.184 ahead of El-Nabi, van Gisbergen, Mostert, and McLaughlin.

The top 10 was completed by Heimgartner, Waters, Coulthard, Goddard, and Holdsworth.

Wildcard entry Will Davison was 14th ahead of fellow wildcards Golding in 16th, Everingham in 20th, and Courtney in 29th.

Racing in Round 8 of the BP Supercars All Stars Eseries begins at 19:10 AEST.