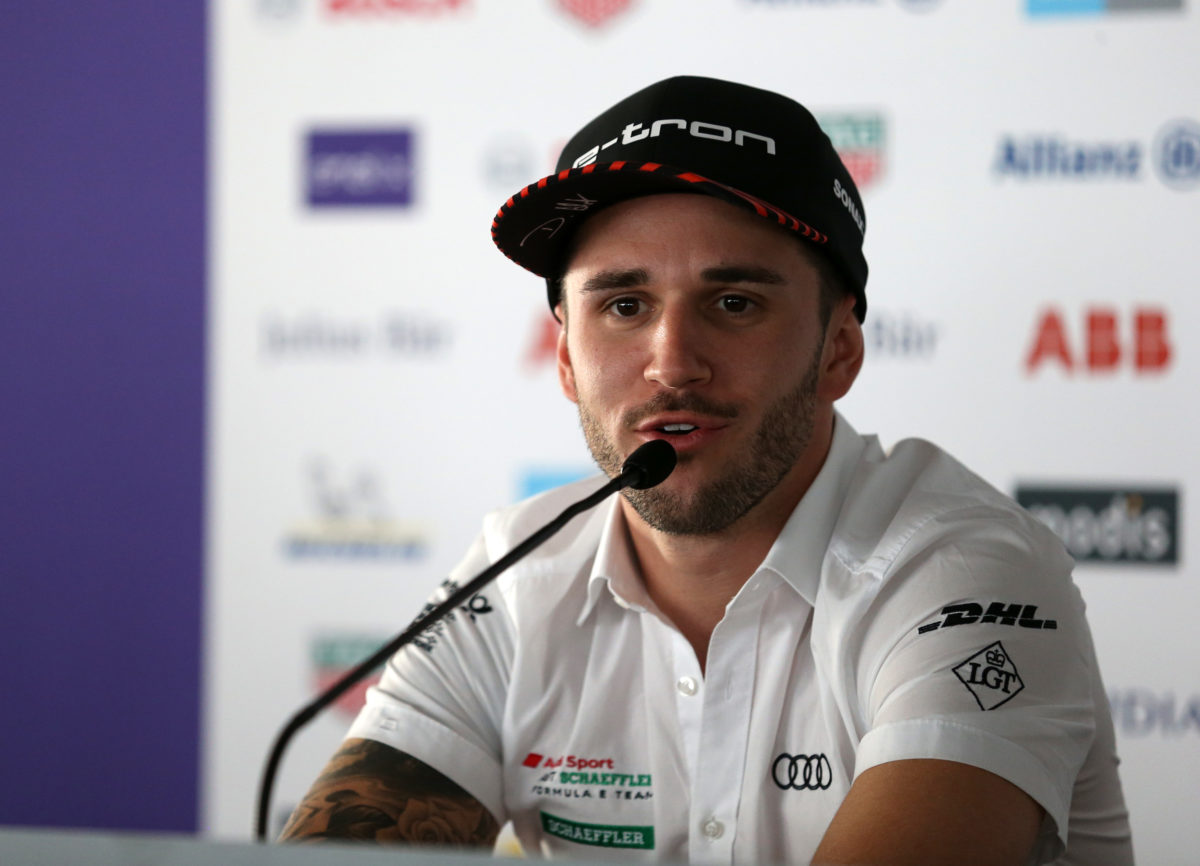 Daniel Abt has offered a video apology for his part in the super-sub virtual race scandal that is set to cost him his drive with the Audi Sport ABT Schaeffler Formula E Team.

Abt had sim racer Lorenz Hoerzing compete for him at the Berlin round of the Race at Home Challenge.

Hoerzing finished third in the race, having tangled with Stoffel Vandoorne while battling for the lead.

Flagged by Vandoorne shortly after the race, it was subsequently confirmed that Abt had indeed drafted in the services of another driver.

He was disqualified from the event as a result, handed a $16,500 fine, and stripped of all series points. He has also been suspended by Audi and is set to part ways with the team.

Taking to YouTube to offer an explanation and apology, Abt said he had never intended to deceive.

He claimed the idea was discussed while practising for the event, stating he thought “it would be a funny” to have a sim racer show his wares against a grid of professional drivers.

“We wanted to document it and create a funny story for the fans with it,” Abt explained.

“It is also very important to me to say that it was never my intention to let another driver drive for me to get a result and keep quiet about it later on just to make me look better.

“When I drove this race on Saturday, the other drivers reacted to it of course and realised that there was something odd. I was aware of that.

“It had never been my will or idea to keep this secret from them. We even texted in WhatsApp groups and I gave some hints.”

Abt also admitted that the backlash to the incident has caught him by surprise.

“Shortly after the race, I realised myself that it did not end there and it suddenly went in a direction which I had not ever been able to even imagine in my dreams that this would happen,” he explained.

“I can understand that we went too far with this idea. We made a huge mistake there.

“I stand by this mistake. I accept it and I will carry all the consequences for what I have done.

“This virtual delict of mine has real consequences for me because today I was informed in a conversation with Audi that our ways will split from now on.

“We won’t be racing together in Formula E anymore and the cooperation has ended. It’s a pain which I have never felt in this way in my life.

“At the end, there is only to say: you make mistakes in life. I feel like I couldn’t fall any deeper. I’m on the ground but I’ll get up again.”

Despite his actions, Abt has received support from a number of rivals, including Jean-Eric Vergne, Antonio Felix Da Costa, and Porsche GT driver Laurens Vanthoor.

While not condoning Abt’s actions, Vergne suggested the penalty did not fit the crime.

“After all this a game that should be taken seriously, but it’s a GAME,” Vergne wrote on social media.

“Then what about all the drivers crashing on purpose, that would probably get their licence removed if that was reality?

“Been out of almost all races for un-sportsman behaviour and drivers using me as brakes.”

Vanthoor added: “This all started as a show to entertain. Now it has costed multiple careers.

“Yes, there are dos and don’ts. Yes, some are unacceptable. Consequences are needed, but this?!

“It‘s a virtual thing to entertain you, not our daily job. But it costs our daily one.”

For his part, Da Costa stated that he would immediately stop streaming his racing via Twitch.