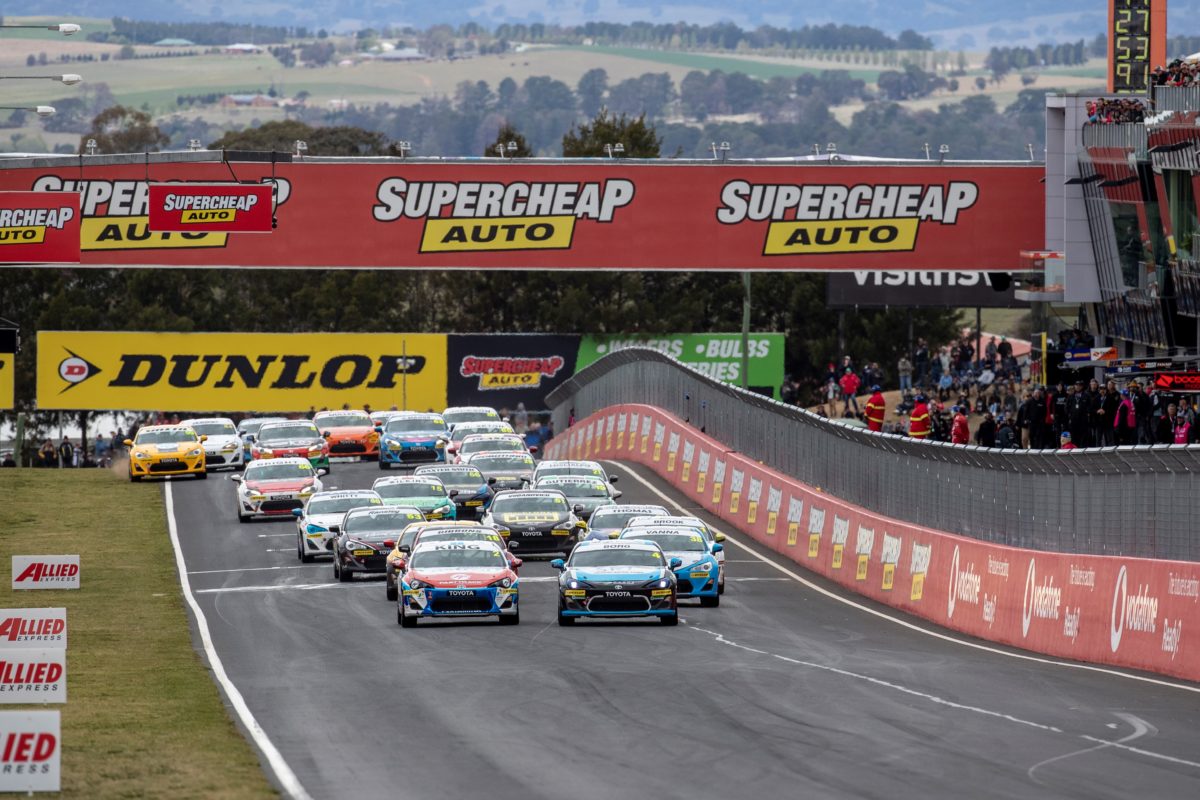 The renamed Toyota Gazoo Racing Australia 86 Series will continue at least until the end of 2022 following a renewal of the marque’s backing.

The one-make series has been a fixture on the Virgin Australia Supercars Championship undercard since its Australian debut in 2016, with a healthy allocation of marquee events such as the Supercheap Auto Bathurst 1000.

Toyota’s Chief Marketing Officer, Wayne Gabriel, believes that the latest announcement is a boon to aspiring racers particularly given the uncertainty caused by the COVID-19 pandemic.

“For the past four years, the 86 racing series has given talented youngsters, passionate enthusiasts and the tight-knit community that supports them, the opportunity to regularly come together to do something they love while also providing motorsport fans with plenty of thrilling wheel-to-wheel racing action,” said Gabriel.

“Toyota is committed to continuing to deliver on that for another two years beyond the 2020 season giving drivers and teams the security of knowing that their investment in pursuing their passion won’t be short lived.

“And at the same time, we can guarantee fans exhilarating grassroots motor racing action on some of the best circuits Australia has to offer.”

The new name, which replaces the ‘Toyota 86 Racing Series’ moniker that applied from the start of the inaugural season, reflects the Japanese manufacturer’s global Gazoo marketing push and aligns with its World Rally Championship and World Endurance Championship teams.

Also on offer is the Kaizen Award, valued at $35,000, for the driver who “shows the greatest improvement over the course of the season,” according to Toyota’s announcement.

A revised calendar for the 2020 season has not yet been issued.