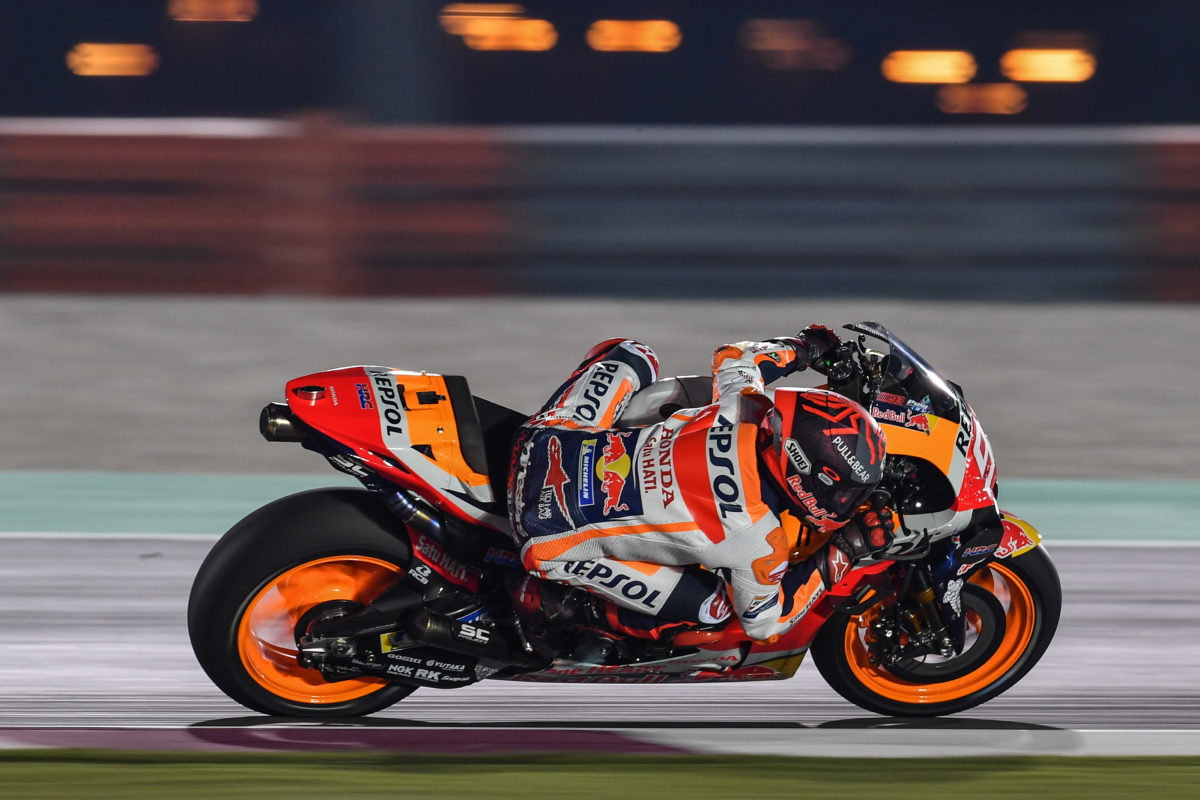 Marc Marquez should not face any issues from the shoulder on which he had off-season surgery when racing finally gets underway, according to his crew chief.

The Repsol Honda rider had his right shoulder operated on last November after undergoing surgery on the left in the 2018/19 off-season.

He reported discomfort in 2020 pre-season testing which prompted a change in riding style, but has not had to race during the latest recovery.

Marquez’s Crew Chief, Santi Hernandez, does not expect the shoulder to present an issue once the season begins.

“We’ve seen a video of Marc starting to ride his motocross bike and having his first contact with a motorbike after so much time without riding and the truth is that it’s been quite positive for Marc to get back on a bike, especially after the operation he had on his shoulder and it’s true that this enforced break has helped him with his recovery,” Hernandez told the MotoGP Spanish Podcast.

“We hope that when we start the season it won’t be a problem now like we thought it would at the start of the season.

“This is really important and really positive for us and our championship.”

The six-time premier class champion had experienced pain from his right shoulder in the second test of the calendar year at Qatar, which was also to have hosted the season-opener.

“I am struggling a bit more than in Malaysia with my shoulder,” he said on Day 1 of that test.

“In the long corners here, especially the long right handers, I feel my shoulder.”

On the following day, he attributed a crash, in part, to not having full use of the shoulder.

Ultimately, only Moto2 and Moto3 were present for the grand prix weekend a fortnight later due to the pandemic, and that MotoGP race will not be replaced.

Dorna Sports is aiming to get all three classes back on-track at Jerez on July 19 and July 26.