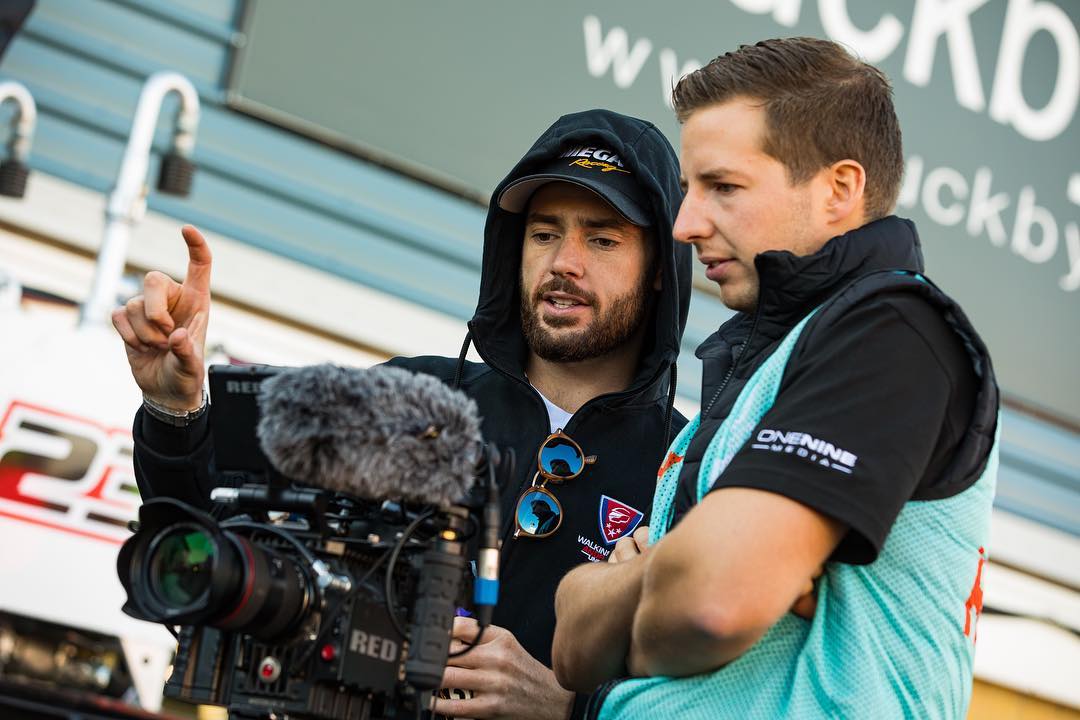 Despite the coronavirus pandemic, Scott Pye is busier than ever building a media business that he says will keep him in the sport once he stops racing.

Most will know the Adelaide-born driver for his Supercars career, which includes a win at the Albert Park Grand Prix Circuit and two Supercheap Auto Bathurst 1000 podium finishes.

Away from the track, Pye works full-time on his budding business; One Nine Media.

It’s a small content production and media agency based out of Melbourne comprising himself and two other full-time staff.

The company takes its name from when Pye first began karting at a young age when his late father chose #19 as his race number.

“Every driver has a number that they’re passionate about or grew up with,” Pye told Speedcafe.com.

“I had a mate of mine, we were throwing ideas around, and he actually suggested One Nine. I loved it straight away.

“That’s how I tie myself together with the business.” 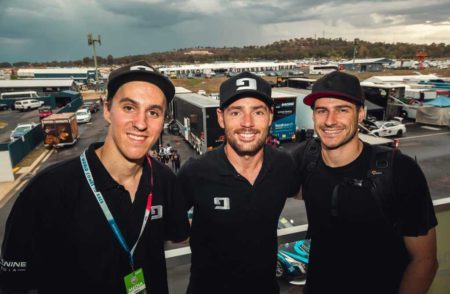 The One Nine Media team

Pye began the business three years ago and has quickly grown a portfolio of clients including Porsche Motorsport Australia for which his team shoots Porsche Payce Carrera Cup Australia.

One Nine Media was also responsible for filming part of the Supercars-produced Inside Line: A Season with Erebus Motorsport.

Outside of motor racing, the team has worked with Queensland Rugby League, the Disability Expo, Men’s Sheds, and various retailers.

“I started it originally because I was passionate about filmmaking and editing and making my own content.

“I picked up a few clients that wanted similar content to what I was doing and so I put a team together.

“That, between races, is full time for me. It keeps me really busy.

“It was cool to see our footage in the Erebus doco and it was cool for Supercars to employ me, that was a blast.”

Recently the team filmed a mini-documentary about 59Racing at this year’s Bathurst 12 Hour.

The end result was an eight-minute recount of the race, but it’s a production that takes several weeks to put together between planning, filming, and editing.

“The pre-planning that goes into it is almost as long as the weekend itself,” Pye explained.

“Post-production is huge. We shoot for four days and post-production goes three to four times as long as that just for a short documentary.

“The actual filming itself is seen to be the shorter part of the workload. 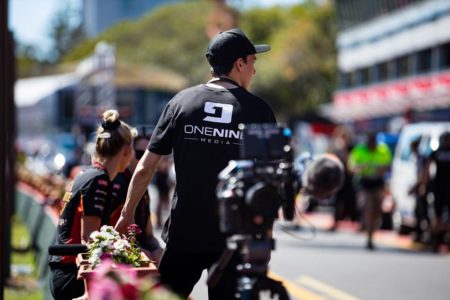 “That’s why the office is important for me to have a good place to work from because that’s where we spend most of our time and whatever your making comes to life.”

The coronavirus pandemic has allowed Pye to re-focus his efforts as businesses cry out for content to keep fans engaged.

While the Virgin Australia Supercars Championship has been on hold, he’s also grown his own brand through Twitch where he live streams his online racing for up to 10 hours.

“It’s a time right now where we need to think outside the box a little bit in terms of the content we’re creating and trying to keep engaging and keep things exciting,” said Pye.

“With One Nine, it’s about trying to find ways to look after our clients and create something for them that generates some interest and keeps the fans engaged.”

Pye’s role as Director of One Nine Media sees him largely orchestrating work for his employees and contractors, whilst also networking with current and prospective clients.

“I really enjoy the client management side of things and finding new business,” he said.

“That’s something through racing you get good at dealing with partners and sponsors. That’s my expertise.

“I do a bit of the editing as well, which is something I’ve learned over the last four or five years.

“The one thing I’ve learned through this sport is that you let the experts do what they do. The camera guys, I let them steer and do what they do best. We’ve got some good editors as well.”

Now 30 years old, Pye is aware that his time in Supercars will end eventually.

That’s at the back of his mind, but the business takes the stress away from contract negotiations, knowing that he has another income stream.

“For me, it’s about that life after racing,” said Pye.

“It doesn’t last forever, so it keeps me in the sport at the end of the day and takes the pressure off of renewing contracts.

“Financially, it takes the burden away and allows me to focus on racing for what it is.

“For me, that’s my passion. It’s what I’ve always loved doing. It allows me to get back and enjoy it in a more pure form.”

Pye will return to racing at Sydney Motorsport Park with DeWalt Racing when the Virgin Australia Supercars Championship resumes on June 27-28.

Watch the 59Racing mini-documentary below: