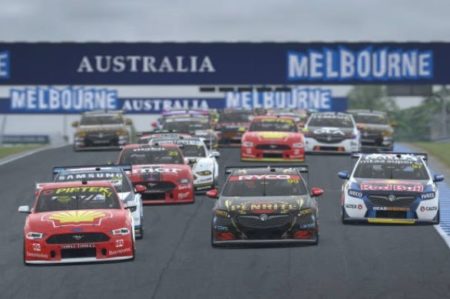 The Supercars Eseries at Phillip Island

A fan vote will decide one of the circuits which will host this week’s BP Supercars All Stars Eseries round.

Drivers were to have raced on the Imola and Interlagos circuits in Round 8 this Wednesday night but the former will be replaced by the winner of the fan poll, as announced via Supercars’ official website.

Phillip Island has already seen off Watkins Glen in the first round of voting, which is being conducted in a knockout format.

Spa and Michigan have been pitted against each other for 24 hours from 09:00 AEST today.

On Monday, the more popular of those two circuits will go up against Phillip Island to determine which will join Interlagos on the programme.

The Eseries has already seen action at Phillip Island, Watkins Glen, and Spa, while Michigan would represent a second oval on the calendar after racing at Charlotte last week.