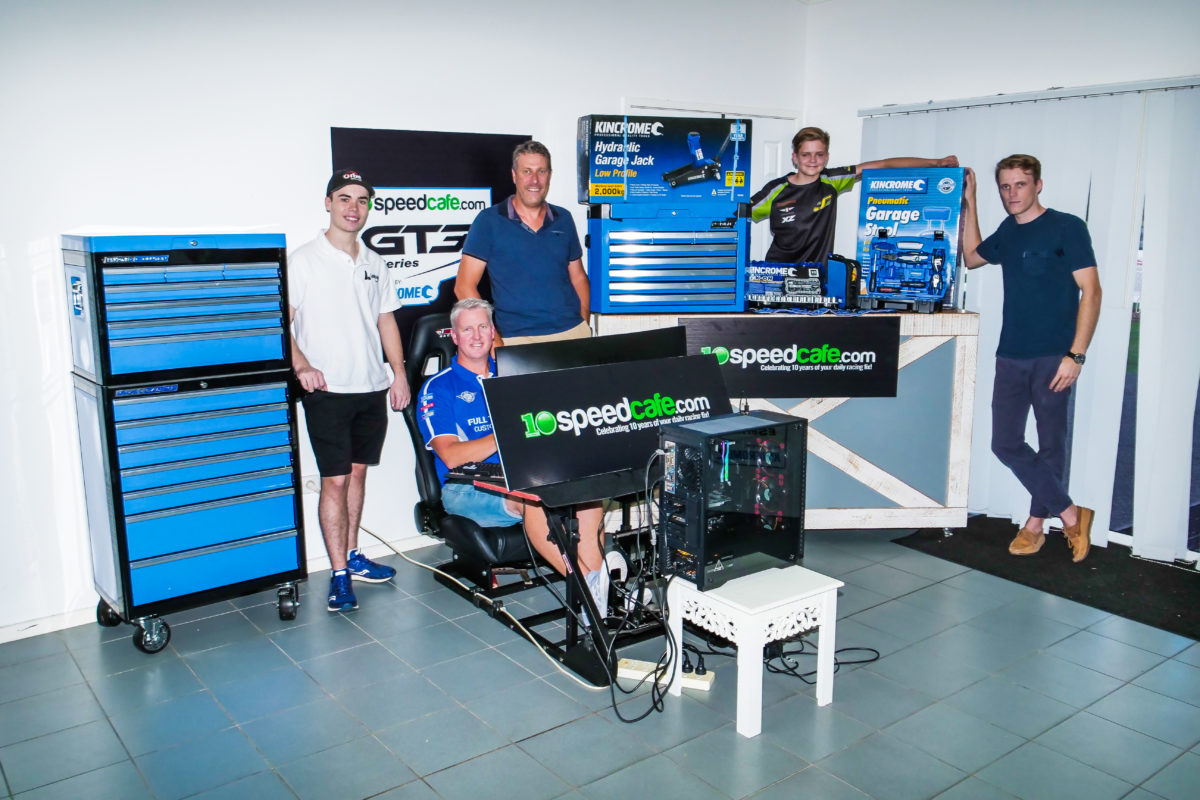 Amateurs will be given the opportunity to race professionals

The Speedcafe.com GT3 ESeries, presented by Kincrome Tools will kick off this afternoon with a bumper 148-car field combining several of the sport’s stars and aspiring up-and-comers.

Such has been the response to the series, which will be live streamed on Speedcafe.com from 16:00 AEST, qualifying will be split into three groups with the top 50 across those sessions combined going into the 90-minute race which follows.

Those who do not make the cut will still have the opportunity to compete in a parallel race while the stars battle it out on a virtual version of the Indianapolis Motor Speedway’s road course.

Carbon Gaming’s Dalton Ellery, who is organising the Speedcafe.com GT3 ESeries, presented by Kincrome Tools as an extension of his regular competitions, is elated with the volume of entries.

“Since Thursday morning when the announcement was made, it’s been non-stop.

“We’ve got 148 people that are entered for the series so far, so they’ve all been included into the league and they’ll all have a chance at racing today.

“We’ll have three qualifying servers, and the broadcast will focus on the main one where we’ve got all the pro guys in it and the people that were loyal to us in the last series.

“It will be the fastest 50 from those three sessions combined that will get into the race, so we’ll have a race server of 50 racers and then we’ll have another server up for the people that didn’t get into the main race; they’ll be able to jump in and have a go at just doing a normal 90-minute race.”

The main race will be overseen by Race Director Sam Blacklock, who will also be one of three Driving Standards Observers along with Sam Battye and Safety Car driver Kyle Grech.

Adding to the experience, driver bios have been passed on to commentary to ensure even greater colour during the afternoon.

“There’s a lot of information that (the entrants) provided about themselves which we’re going to pass onto the broadcasters,” added Ellery.

“The broadcasters can speak about their experiences in racing and sim racing, so there are a lot of things that can be spoken about during that too.”

Log back on to Speedcafe.com this afternoon from 16:00 AEST to watch proceedings.