WHERE ARE THEY NOW: Tony Perich

WHERE ARE THEY NOW: Tony Perich 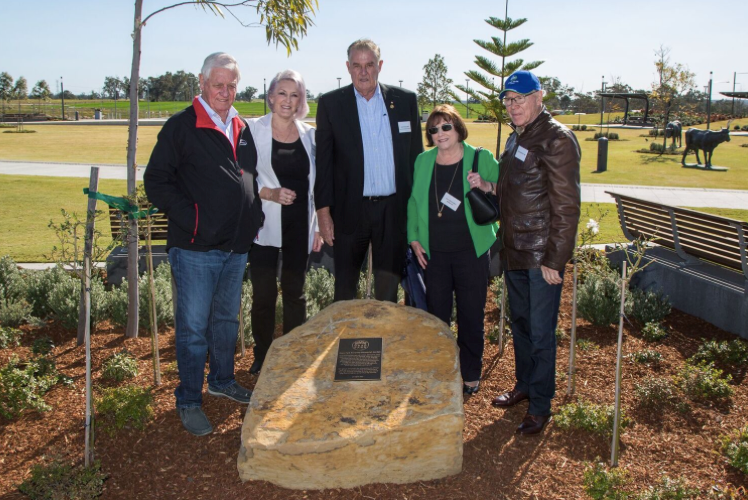 Through the 1960s until the final race meeting in 2010, Oran Park in Sydney’s south-western extremities was one of the most loved tracks by both competitors and fans.

Perich and brother Ron ruled proceedings at Oran Park with an iron fist. Tony Perich was uncompromising but ran a tidy ship that resulted in one of the most organised race circuits in the country.

Tony Perich was a dictator who didn’t suffer fools and those uncompromising methods were the reason why Oran Park worked brilliantly on so many levels.

The Perich family acquired Oran Park in the 1960s after the track was established in 1962 by the Singer Car Club.

Immigrants from Croatia, the Perich clan oversaw some of Australia’s golden motor racing moments both on two wheels and four.

Oran Park had played host to an Australian Touring Car/V8 Supercars Championship round from 1971 until 2008. For many years it was the venue for the closing season Shell dinner during its days hosting the final round of the championship.

A large tent at the back of the main grandstand was the venue and a good old country banquet of beef, lamb and pork and roast vegetables was the usual fare. Perich’s rambling speeches at those memorable nights are now part of touring car folklore.

In 2010, after Perich’s property empire struck a collaboration with the New South Wales Government a few years earlier, the circuit made way for the 1100ha Oran Park Town project, a housing development that has been tastefully planned. 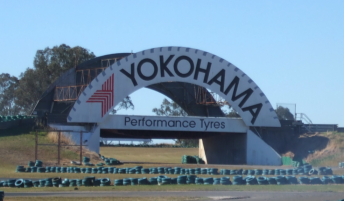 While the bulldozers made light work of the decades of rich motor racing history at the circuit, one of Perich’s mandates was to include memorials and mementoes across the estate that would be eternal markers of the site’s motorcycle and car racing past.

Motor racing is never far from the surface to the locals who have seen the inclusion of a Hollywood-style Walk of Fame with bronze markings on the footpath honouring great drivers of the past.

There are also dedicated epitaphs, honouring those competitors who perished over the years at Oran Park.

He took time out of his busy schedule to offer Speedcafe.com some of his insights about the circuit that stood as his castle.

“We printed a book on Oran Park which came out last year. It’s called ‘The Quickest way round is on the Bitumen’: The History of the Oran Park Circuit,” Perich said.

“That book gives you a lot of the history and specifics of when things happened, et cetera.”

Key to the memories that Perich holds dear to his heart are the relationships he formed with drivers over the years. In particular he singles out Peter Brock and Dick Johnson.

“Both Brock and Johnson were really good to me over a lot of years at Oran Park,” he noted.

“And even some of the team owners were quite good and I hold those memories close.”

In 1997 the motor racing world was caught off-guard when not long before the Oran Park round in early August (final round of that year’s championship), Brock announced it would be his final year as a full-time competitor.

The colossal scale of the news ensured Oran Park would be guaranteed a monster crowd as well as promotional impact in the lead-up which you could not put a dollar figure to.

The Oran Park finale was also at the same time Australia became paralysed by the catastrophe unfolding at Thredbo when a landslide destroyed two ski lodges resulting in the deaths of 18 souls.

On the Saturday of the Oran Park meeting rescue teams had discovered a survivor buried in the rumble and later in the evening Stuart Diver was rescued. The entire news focus of Australia was on Thredbo.

And amid this national tragedy, there was also a significant event occurring at Oran Park.

“Of course, everyone in Australia was reeling by what was happening at Thredbo. It was an incredibly sad time,” Perich recalled.

“We had one eye on what was going on at Thredbo and at the time we had probably what was our biggest ever race weekend unfolding which was Brock’s final time since announcing his retirement as a full-time driver in V8s.

“I had a big flag drop down from the sky and I presented it to Brock and his partner Bev and we all broke out in tears.

“There were a lot of people there. It was the biggest crowd we ever had there in my time.

“And Brock ended up winning the first of the three V8 races that weekend so it could not have turned out better.

“The whole weekend took a lot more organising than normal but everything went as smoothly as you could expect.”

Perich ruled his team of officials with the same stern hand that had made the circuit one of the most organised sporting venues in the country.

“The key to it was I had a very good team of volunteers around me. I prided myself on that team of people,” he explained.

“Our family was always hands-on and this is what made our race meetings, big or small such a success.

“I used to say to my brother who looked after the car parks, ‘you make sure you don’t make that traffic pile up’. It was important because you had to look after customers.”

Perich says that these days anyone visiting the Oran Park estate cannot escape signs of its motor racing past.

“All the streets and parks are named after race drivers. The memory lives on and it was my directive that those things be put in place to preserve the racing heritage.”

Three years ago, the Walk of Fame at the shopping centre was opened with 10 drivers initially recognised. Perich reveals that the plan is for up to 50 names added to the feature.

“We plan to have at least 50 names encased in bronze on the footpath. That will probably be rolled out over the next four years.”

Perich says initially the first names on the Walk of Fame include Australia’s key world champions such as the late Sir Jack Brabham, Alan Jones, Mick Doohan and Wayne Gardner.

“We are also planning Mick Doohan Reserve which will have four football fields and tennis courts. There is also a Sir Jack Brabham Reserve and Peter Brock Drive and Dick Johnson Drive.

“I did love motor racing and it means a lot to me personally to make sure these names are remembered for all-time.”

“Everywhere you go in the estate there is motor racing history to be seen. Our memorial garden pays respect to people who lost their lives at Oran Park.

“We tried to think of everything because it’s very important to preserve the area’s history in as many ways possible.”

Perich has always been a roll-your-sleeves-up toiler, burning the midnight oil working on one thing or another.

All this while being a figurehead of one of the wealthiest families in the country which earned its wealth through farming and development.

Any thought of retirement is not even close.

“That will be the day,” he replied about the prospect of retirement.

“So, I’ve got a long way to go. Farming is a very big part of our business as is land development.

“I’ve got a lot of things happening; there is no time to retire and nor do I want to.

“I don’t get in overalls anymore and don’t do any physical work because I actually can’t but believe me, I’m still hands on.”

Perhaps Perich too needs to be included in that Walk of Fame.