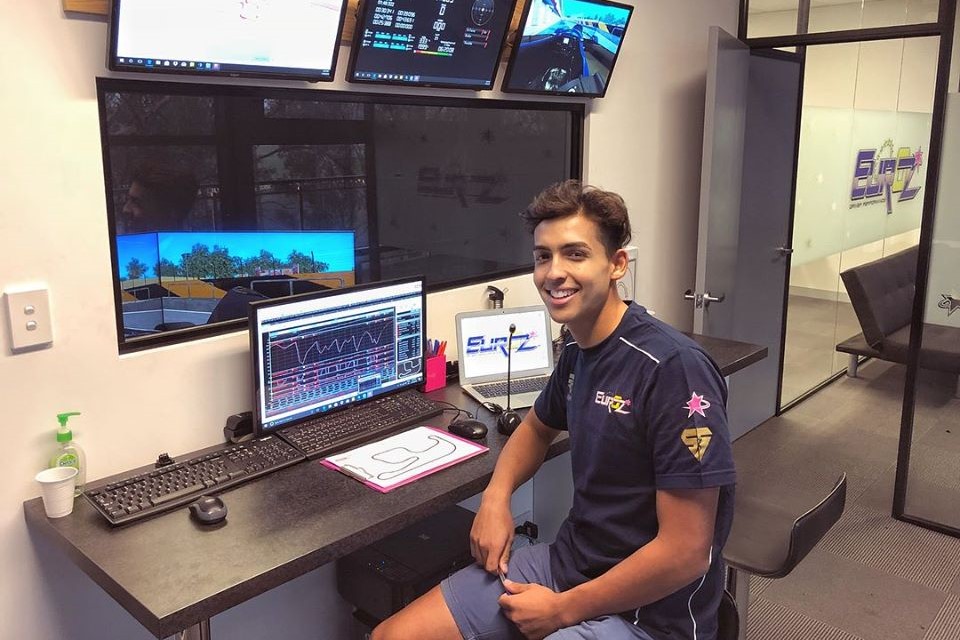 Jayden Ojeda, the Dunlop Super2 Series’ leading rookie, says that his role as a simulator-based driver coach is helping him get through the long break in racing.

Ojeda finished fifth in his debut round in Adelaide but will not race his MW Motorsport Altima again until the latter half of the year due to the suspension triggered by the outbreak of COVID-19.

In the meantime, the Formula 4 champion continues to work for the Sydney Motorsport Park-based EurOz Driver Performance, where he plays the role of engineer.

“What we do is we’ll create a session – we’ve been doing it mostly through iRacing – and get whoever we’re coaching to join our session and then two students basically drive against each other,” Ojeda told Speedcafe.com.

“After we finish that, we can jump onto their computer and get all their data and overlay it, doing the full breakdown like you would normally on an engineering debrief.”

While the driving is not quite as good as the real thing, the thought process is still of benefit to the 19-year-old.

“We were already pretty heavily involved into all the data side of the simulators pre-COVID-19, but definitely during this situation, it’s been one of our focal points just to help keep the brain ticking over; it’s important to still be able to use that part,” he explained.

“It’s the same process but obviously you’re doing it on a different platform, so that’s why all the competitions on iRacing and even just trying to beat your own lap times is still good because you’re still using your brain to try and beat yourself and be a better driver.”

Ojeda made his competitive debut on the iRacing platform when he contested the Spa-Francorchamps round of the BP Supercars All Stars Eseries as a wildcard from the simulator at SMP.

The clear highlight of his night was qualifying for the Top 10 Shootout, in which the 2019 Super3 runner-up was ultimately classified sixth after four drivers failed to set a time.

“We were very quick in qualifying but in the races just kind of got caught up in the wars, which was a bit unfortunate but it was still an awesome experience,” recalled the 19-year-old.

“I was new to the iRacing platform; I’ve done a bit now – done some stuff over in the UK with some friends over there – so it’s been good.

“Obviously you get to figure out who are the hard racers and who aren’t – or who are the harder ones, I guess you could say – but ultimately you still get really good racecraft.”

Super2 was to have continued at Symmons Plains in April and then Townsville in late-June but both those events have been moved to later in the year and no resumption date for the feeder series has yet been set.

Supercars is currently finalising details for the return of the Virgin Australia Supercars Championship at SMP on the original Townsville weekend, after pulling together a heavily revised calendar in a matter of weeks.