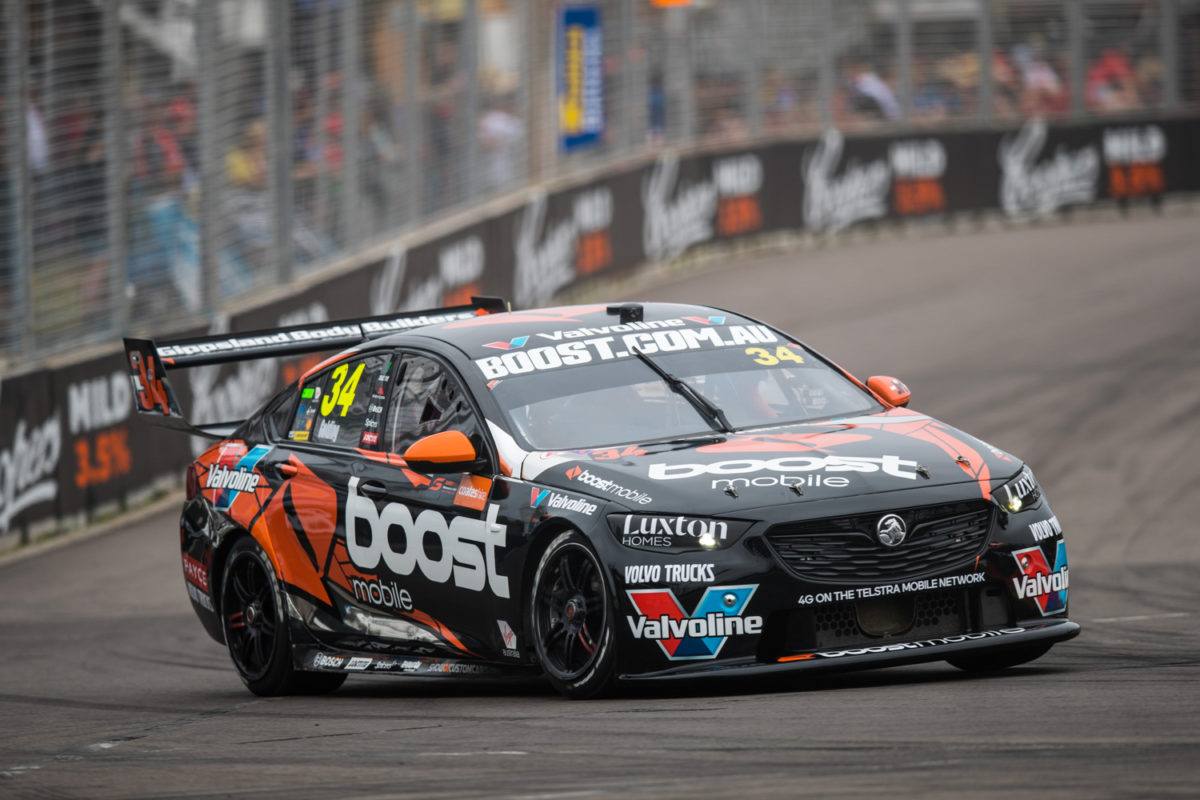 The outspoken telco boss and his Boost brand have made waves in Supercars in the last 18 months, particularly in the upheavals at GRM which took place last year.

Adderton’s ultimatum that it would not continue backing the team unless the championship introduced control uprights in 2020 precipitated GRM’s exit after more than two decades in Supercars, although it did indicate that it could be enticed to return if competing in the category was more sustainable.

That dramatic development came after Boost’s arrival at the team led to a shock reprieve for Tickford Racing outcast Richie Stanaway and the end of Garth Tander’s long career as a full-time driver.

Despite the apparent about-face which has seen the telco back James Courtney at Team Sydney and now the former 23Red Racing entry run out of Tickford, Rogers had a positive take on Adderton’s involvement.

“At the time, they were fair and reasonable to us when we raced with them,” the GRM Director told Speedcafe.com.

“Did it sort of end as we’d all liked it to? Probably not, but that happens in life occasionally.

“I think motorsport needs passionate people, and we all have different beliefs and different ways we go about it, but you can’t question Peter’s passion for motor racing.

“I think it’s easy to be a knocker and say, ‘You should do it this way’ or ‘…that way’. The fact is, he’s put his money where his mouth is and he’s having a go, so good on him.”

Courtney and Boost are back in the Supercars Championship in a Ford Mustang following the closure of 23Red’s operations due to the loss of its major sponsor, Milwaukee Tool, during the COVID-19 pandemic.

Adderton cited the salvage of the 23Red crew members’ jobs as a major benefit of the arrangement, which also ensures that Tickford can maintain the scale of a four-car model.

GRM, too, had found itself without major backing at short notice when Wilson Security left motorsport at the end of 2018.

The Boost Mobile brand has, however, been associated with several more teams, drivers, and series at various times.

It was a co-title sponsor at Walkinshaw Andretti United prior to the GRM deal, backed Brad Jones Racing’s #8 entry for the latter two events of the 2017 Pirtek Enduro Cup, and held naming rights for the first two championship rounds at Pukekohe, in 2001 and 2002.

GRM, meanwhile, runs several cars in TCR Australia and the VHT Australian S5000 Championship, and is also the technical partner for the latter.

Its latest project is the construction of a brand-new Nations Cup-spec Monaro, identical to those with which it won both Bathurst 24 Hour races, for Garry Rogers himself to drive in the Holden demonstrations at November’s Bathurst International.