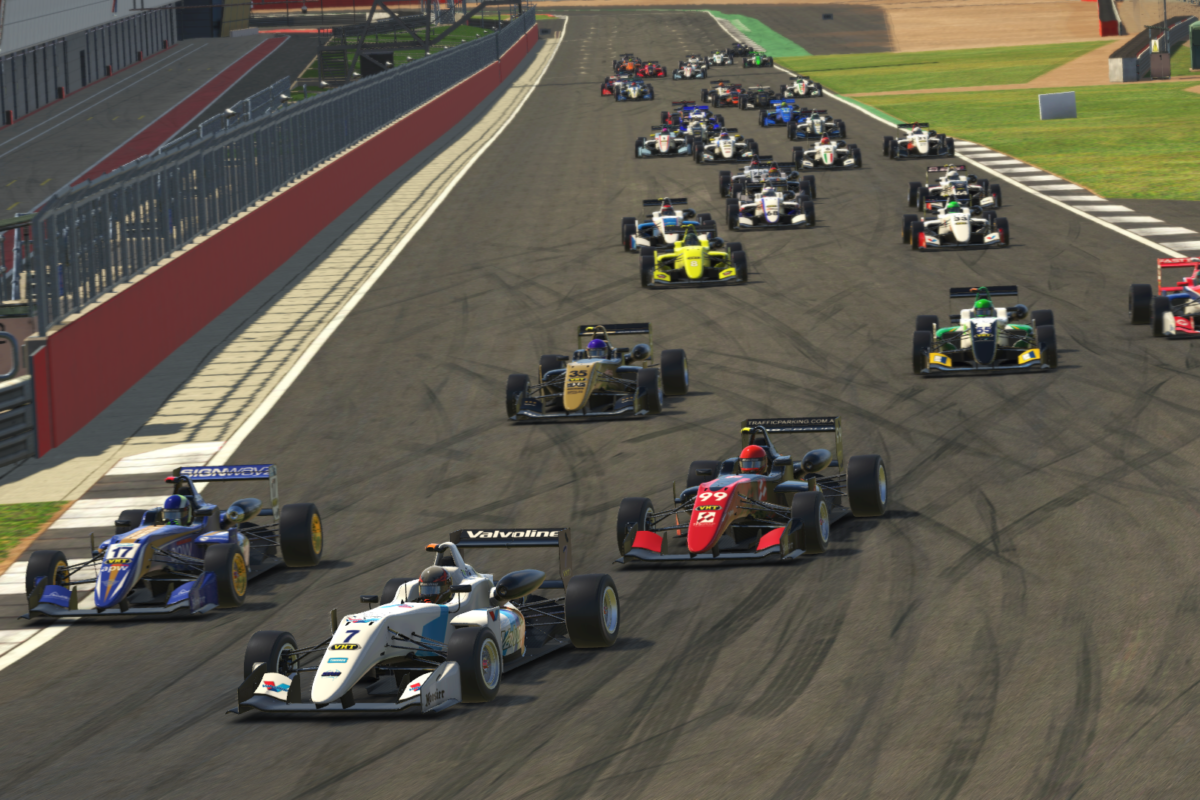 Wildcards Cody Burcher and Luke King have taken a win apiece in Round 8 of the ARG eSport Cup at Silverstone, while Andre Heimgartner snared a podium.

Burcher held the ascendancy for the duration of the first race of the night, which saw competitors back in the Formula 3 cars.

He was two seconds up after just the standing lap, a margin which then stabilised as pole-sitter Ash Sutton ran in second position.

Burcher emerged from the pit stops cycle with a five-second lead and stretched that to 6.3s at the chequered flag.

The latter’s race came to a slightly early end when he was sent pirouetting through the air in the final minutes after contact with Sutton, who managed to get home in second position.

Heimgartner was able to nab third from Haber, with inaugural TCR Australia series winner Will Brown following them to complete the top five.

Race 2, beginning with the top 20 grid reversal, went the way of King when he passed long-time leader Michael Caruso at Village with five minutes of 15 remaining.

The Garry Rogers Motorsport TCR driver then copped a hit from Tim Brook into Club, which helped Ben Bargwanna and Dylan O’Keeffe, respectively, to complete the podium.

Burcher got all the way back to fourth, having looked a chance of a second placing until he got held up by the Caruso-Brook prang.

Haber continues to occupy top spot on the points table ahead of the penultimate round at Imola next week.